Safer Legal Abortion? Not in This State! 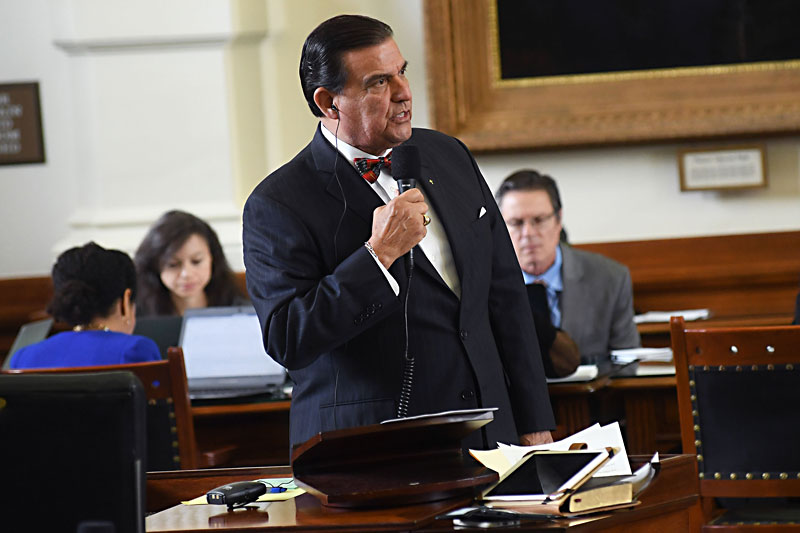 The 87th Texas Legislature passed the most extreme restrictions on abortion care in the country during its regular session, but it clearly didn't go far enough for anti-choice zealots and their faithful lackeys at the Capitol. So Gov. Greg Abbott added to the call for the current special session some more opportunities to grandstand and trample on Texans' constitutional right to legal health care. One of them, Senate Bill 4 by Sen. Eddie Lucio Jr., D-Brownsville, bans medication abortion – one of the safest and most common methods during the first trimester – after seven weeks' gestation, even though federal law approves it for up to 10 weeks. It adds criminal penalties if doctors violate the law; adds reporting requirements; requires in-person examination (which is already Texas law); and bans mail or delivery service of the medication. A similar bill (SB 394, also by Lucio) died in the House during the regular session.

Medication abortion accounts for more than one-third of abortions in the U.S. In April, as a response to the ongoing COVID-19 pandemic, the U.S. Food and Drug Admini­stra­tion allowed the pills to be administered during telemedicine visits rather than strictly in person, a move praised by health providers. Studies on telemedicine abortion "do not appear to show increases in serious safety concerns ... occurring with medical abortion as a result of modifying the in-person dispensing requirement," the FDA concluded.

The agency is now considering whether to permanently lift those restrictions, which has given added urgency to measures like SB 4 among enemies of legal abortion care. Even though the House Democrats' quorum break means no bills can make it to Abbott's desk, on July 15 the Senate Health and Human Services Committee sent SB 4 to the floor. The full Senate, wasting no time, approved the bill on a 19-3 vote the following day (most Democratic senators are in D.C. with their House colleagues).

Both the committee hearing and the floor debate were laden with anti-choicers' mistruths about the safety of medication abortion. In reality, the evidence shows that serious complications (requiring hospitalization) occur in less than 0.4% of patients, according to the Guttmacher Institute. Mifepristone, one of the two drugs used, has a lower incidence of adverse effects than many popular medications, including Tylenol and Viagra.

Groups including Progress Texas, ACLU of Texas, and reproductive rights organization Avow boycotted the "sham" committee hearing where "only extreme anti-abortion propaganda [is] heard." Instead, activists recorded their testimony and shared it online. "We refuse to be a punching bag for the anti-abortion lobby and extremist legislators who are willing to ignore science for primary votes. We refuse to validate Abbott's lies," said Avow Executive Director Aimee Arram­bi­de. "We refuse to subject ourselves to another toxic anti­-abortion hearing where in the past legislators have broken glass tabletops and yelled at our interns to shut our voices down."

Despite bemoaning the FDA's decision to expand abortion access "under the guise" of COVID-19, GOP senators overlooked Abbott's own order banning all abortions, including medication abortion, as a COVID-19 "emergency" move in March 2020 (on the pretense of conserving medical supplies). Before that order was overturned in federal court, it forced hundreds of canceled appointments and an increase in both second-trimester abortions and out-of-state care. While adamantly professing to hold no "agenda" behind SB 4, senators unabashedly vocalized their desire to end abortion care for good, with bill author Lucio saying shortly before the vote, "I'll be happy the day Roe v. Wade is done."