Save Austin Now 2.0 eyes the ballot 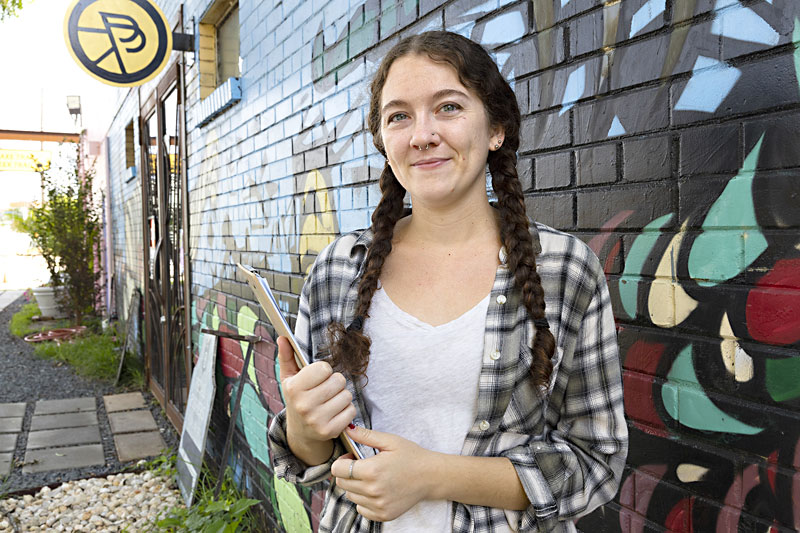 Shortly after Save Austin Now, a GOP-backed political action committee closely allied with the Austin Police Association, announced it had submitted more than 25,000 signatures to place police staffing minimums on the November 2021 ballot, 25 community groups announced their opposition to the citizen initiative.

If City Clerk Jannette Goodall concludes that at least 20,000 of SAN's signatures are valid, the initiative will appear on the Nov. 2 ballot along with eight proposed amendments to the Texas Constitution and perhaps other local measures including marijuana decriminalization (see "Public Notice"; the deadline for City Council to set the ballot is Aug. 16). That ballot threshold, which is less than 2.5% of Austin's registered voters, is among the lowest in the state; Houston's requirement for an initiative like SAN's is 15% of turnout in the last mayoral race (here, that would be 63,607), and Dallas' is 10% of registered voters in the county (here, 85,458 as of Novem­ber 2020).

The proposed ordinance would require the city to employ "at least two sworn officers for every 1,000 residents"; add 40 hours of training (above the state minimum for a peace officer's license) for cadets at Austin's police academy; and maintain "not less than 35%" of patrol officers' duty hours as "uncommitted time," not being dispatched to calls. The mandate could require the city to hire and train between 300 and 500 new officers to reach "2.0 staffing," and then more every year to maintain it as Austin grows, adding $50 million or more in costs to a city already expected to see budget shortfalls next year and beyond.

Austin's population rounds to 1 million, requiring 2,000 officers; current sworn staffing, which changes frequently with retirements and other turnover, is 1,657 officers, according to APD. The city's demographic forecast – which assumes Austin's growth will slow down to half its current rate – projects another 136,000 residents by 2030, meaning another 272 officers. City Manager Spencer Cronk's proposed fiscal year 2022 budget authorizes 1,809 sworn positions, down from a FY 20 peak of 1,959, which was never reached in real life. Council eliminated unfilled officer positions and then called a halt to cadet classes in late 2019; the first class under a "reimagined" training model began in June.

Each new officer costs about $100,000 in their first year of service in salary and benefits; as their tenure increases, so does the cost. Training these officers also costs money – around $2.2 million for the current cadet class, which began with 92 members. SAN's "uncommitted time" mandate, which the APA says is needed to give officers time for real "neighborhood-based policing" (the label APD uses for patrol), may require even higher staffing than 2.0 in practice.

Police already account for (by far) the largest share of spending from the city's tax-supported General Fund, mostly for staffing. Cronk's FY 22 budget allocates $442.8 million to APD, more than the next three largest General Fund departments combined (fire, emer­gency medical services, and parks and rec­re­ation), and more than 75% of the property tax revenue going into the fund. The $1.1 billion General Fund is forecast to fall short of requirements next year, thanks to state-imposed revenue caps that limit the city property tax rate, with a $15.6 million projected annual "structural imbalance" by FY 26 fueled by cost drivers that include current APD staffing.

It is on fiscal grounds that groups such as AFSCME Local 1624, the union representing the city's civilian workforce, have lined up to oppose the SAN initiative. Others, including the Austin Justice Coalition, Survivor Justice Project, and Texas Harm Reduction Alliance, want the city to stay its course and focus on alternatives to policing. "Austin took a step in the right direction [with] more paramedics, mental health clinicians, and harm reduction outreach teams," THRA co-Director Cate Graziani said in a news release. "This right-wing petition basically says Austin is only going to hire police officers forever at the expense of EMS, mental health, street outreach and social services, and sabotages our work to reimagine public safety." While future Councils can amend ordinances like SAN's (after two years, with a three-fourths vote), House Bill 1900, which has already reversed changes made to APD's budget in FY 21, also prevents Austin from reducing police spending in the future without permission from the governor.

It's not clear how much of this was known by or told to voters who signed SAN's petition. Multiple sources told the Chronicle that the pitch they encountered from SAN canvassers emphasized mental health crisis and de-escalation training for officers, with no mention of a staffing mandate. (The ordinance calls for more training in "critical thinking, defensive tactics, intermediate weapons proficiency, active shooter scenarios, and hasty react team reactions," but not mental health or de-escalation.) In a video sent to the Chronicle that was recorded July 14 at Barton Springs, the canvasser can be heard saying that the initiative would "pretty much help stop police violence" through increased training.

Grace Gibson, a member of the Austin DSA, had a similar experience July 12 at the Central Library; she told us the SAN canvasser did not mention staffing increases (or produce the language of the proposed ordinance) until she asked, and could not answer questions about the fiscal impact or the effect of HB 1900. "I felt the canvasser was stretching the truth and picking out breadcrumbs that people in a liberal city would get behind," Gibson told us.

Save Austin Now co-founders Matt Mack­owiak (also chair of the county GOP) and Cleo Petricek declined to answer questions about their petition drive, but canvassers often get paid per signature, as SAN did in its drive to get its camping ban, approved in May as Proposition B, onto the ballot. Its latest finance report, covering April 22 to June 30, reports $480,000 in contributions and $280,000 in expenditures. The latter include substantial advertising and staffing expenses in late May and June but nothing attributed to a petition drive; SAN's next report, if it qualifies for the ballot, won't be due until October.