Lloyd Doggett looks to get Medicaid to more 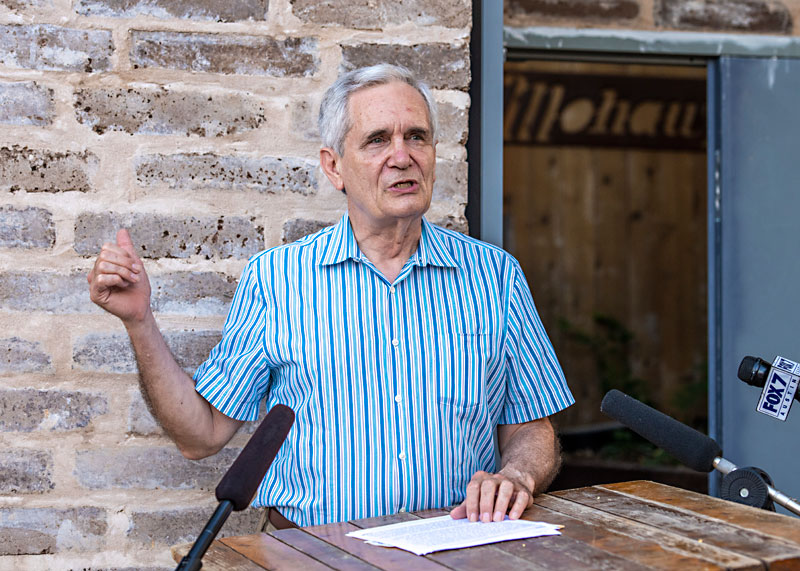 U.S. Rep. Lloyd Doggett speaks at an Austin event in May 2021 (Photo by David Brendan Hall)

More than a decade after the Affordable Care Act's passage – and three U.S. Supreme Court rulings upholding the national health care law, the most recent just a few weeks ago – 12 states continue to hold out on expanding Medicaid coverage for millions of lower-income residents, despite the ACA's guarantees of federal funding for nearly all of the costs involved. However, the leaders in non-expansion states – of which Texas is the largest – might soon have little say in the matter. Under new legislation introduced by U.S. Rep. Lloyd Doggett, D-Austin, localities could circumvent obstructionist state governments and apply directly to the federal Centers for Medicare and Medicaid Ser­vices to develop expansion programs for their communities.

House Resolution 3961, dubbed the Cover Outstanding Vulnerable Expansion-Eligible Residents (COVER) Now Act, is co-sponsored by all but three of the 44 Democratic members of Congress whose states have not expanded Medicaid, including all of Doggett's Texas colleagues. In the wake of the 87th Texas Legislature's rejection this year of bipartisan efforts to pass measures, tailored to Texas, that would expand coverage, Doggett sees his bill as a needed alternative to "hardcore, Repub­lic­an, right-wing ideology" for the millions of uninsured Texans. "We're trying to approach this not as a challenge to the state," Doggett, who chairs the House Ways and Means Subcommittee on Health, told the Chron­icle. "Rather, to say: You've got your hardcore ideology, you're not going to [expand Medicaid] at the state level, just give us an alternative to let those localities who want to make the investment and protect their neighbors. Give them that opportunity."

These participating entities would receive generous federal funding: 100% of costs for the first three years, phasing down to 90% beginning in year seven, or longer in rural communities, many of which are losing their doctors and hospitals. "That's an immediate financial benefit to a county or a city that is providing uncompensated care coverage to pay a hospital or hospital district," said Doggett of the act's fiscal incentives. "We're going to see counties across the state raising an interest in doing this themselves, or cities asking their Republican state legislator, 'Why can't we get in on a deal like this?'"

“We’re going to see [cities and] counties across the state ... asking their Republican state legislator, ‘Why can’t we get in on a deal like this?’” – U.S. Rep. Lloyd Doggett

If a state does change its mind (or its political leadership) and expands Medicaid after all, enrollees in local and regional COVER Now projects would be included. Some cooperation from the states will still be necessary, said Doggett, such as access to state data on their current Medicaid recipients. The bill includes both funding provisions to encourage such cooperation, and penalties should a state try to block localities from participating.

H.R. 3961 is one of several Medicaid proposals in Congress aimed at finding a federal workaround in non-expansion states, as health care access recedes further out of reach for millions. According to the Kaiser Family Founda­tion, an estimated 2.2 million uninsured adults in non-expansion states fall into the "coverage gap" between the income limits of each state's Medicaid program and eligibility to purchase subsidized insurance on the ACA exchanges. More than a third of those people are Texas residents; the state has both America's highest rate of uninsurance and its stingiest Medicaid program, basically off limits to anybody but children, pregnant women and new mothers, and people with disabilities. Doggett says half of those Texans in the coverage gap live in Harris, Dallas, and Bexar counties; his gerrymandered con­gressional district includes a large chunk of San Antonio.

Even a 10% local share of costs will be a challenge for many rural counties and some urban jurisdictions, said Anne Dunkelberg, who oversees health care policy at Every Texan, one of several orgs that support the COVER Now Act. However, "Rural counties stand to gain more and have more at stake," said Dunkelberg, adding that while the urban counties account for the largest numbers of uninsured Texans, a greater percentage of Texans in rural communities could be covered by expanding Medicaid.

Meanwhile, debate continues amidst the state's reapplication process for an extension on its Section 1115 waiver, a multiyear, multibillion-dollar federal funding agreement that has helped reimburse Texas safe­ty­-net providers (mostly hospitals) for their uncompensated care since 2011. An extension to Texas' 1115 waiver had been granted for 10 years (the longest ever for any state) by the Trump administration, but this spring CMS rescinded its approval amid concerns that the Texas Health and Human Services Commission failed to ask for public input on its plans as the law requires.

As the current 1115 waiver does not expire until September 2022, $3.87 billion remains in the uncompensated care pool while Texas prepares to reapply; nevertheless, last month Texas Attorney General Ken Paxton filed suit against the Biden administration, arguing the CMS move was designed to coerce Texas into expanding Medicaid. Public comment on Texas' new plan closed on June 28. Once HHSC submits a new application to CMS, the federal agency will likewise seek required public comment. 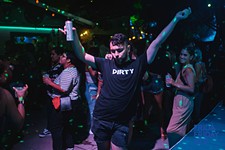