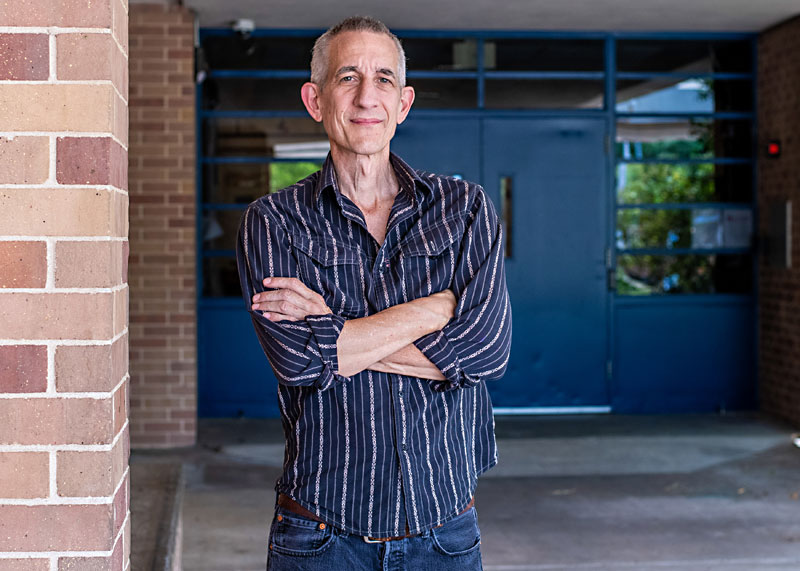 The Austin ISD Board of Trustees approved a $1.78 billion budget for the 2021-22 school year, including bonuses for most district staff, on June 24. It's the second unbalanced budget in a row for the district, which will pull $43.6 million from its reserves to cover costs.

The deficit isn't a surprise. AISD knew it would be going into a fiscal crunch after the pandemic, as enrollment nosedived while expenses stayed high and COVID-related spending piled up. State funding for Texas school districts is generally tied to attendance counts, but a "hold harmless" pandemic policy meant AISD and other harder-hit urban districts were funded at pre-pandemic levels. That provided the district with tens of millions of lifesaving dollars and helped it avoid layoffs.

AISD teams have been working to woo back former students and families by block walking and canvassing neighborhoods, in what the district calls Operation Reconnect.

This fall, Texas is done holding harmless, and AISD is nervously eyeing its enrollment looking for any sign of recovery. The district expects to surpass its 2020-21 enrollment of 75,000 in the upcoming year, but not to reach the 81,000 students it had before the pandemic; AISD teams have been working to woo back former students and families by block walking and canvassing neighborhoods, in what the district calls Operation Reconnect.

In the continued irony of Austin school funding, the district's main source of revenue – local property tax collections – is increasing due to the same skyrocketing housing costs that are driving many AISD families to more affordable communities. The district will earn more money even though its tax rate is staying constant for now, at $1.1027 per $100 valuation, and may decrease in the fall pending state approval. However, it's a triple-edged sword: As an (obviously) "property-rich" district, AISD's budget includes $709 million in recapture payments going back to the state, to be redistributed to "property-poor" districts. That's up $39 million from last year.

Of the money staying within the district, the lion's share will go to paychecks. A new "consultation" agreement with the Education Austin employee union includes guaranteed bonuses and a potential raise. This round of negotiations was unique, coming after a year in which teachers were lauded as superheroes, after most in the district – including many at high risk for COVID-19 infection – taught on campus throughout the year, in a move which inspired vehement pushback from the union. (Other district employees, including janitors and food service workers, played critical roles in ensuring student well-being, although they generally got far less hype; EA represents both teachers and classified staff at AISD.)

In the continued irony of Austin school funding, the district’s main source of revenue – local property tax collections – is increasing due to the same skyrocketing housing costs that are driving many AISD families to more affordable communities.

The back-to-campus mandate was cited by dozens of teachers who called in to the board meeting asking for a pay raise. "We've worked extremely hard this past year, and even risked our own and our family's health to help our students," Jorge Gonzalez, a teacher at Winn Elementary, said, noting the rapidly increasing housing costs and less­-than-competitive pay within the district. "I need a raise to help me live in Austin."

However, instead of guaranteeing a pay raise this year, AISD will offer a $1,000 retention bonus to benefits-eligible employees in August, and a potential 2% raise for all staff in October – but only if 77,351 students enroll this fall, a mark that surpasses the most ambitious projections from earlier this year. The district is pointing to this contingency as it urges teachers to volunteer for Operation Reconnect: Their pay will depend on increased enrollment. EA President Ken Zarifis told the Chronicle that the unusual contingency was designed to protect teachers from potential layoffs should the enrollment efforts fall short. In Zarifis' first year as president in 2011, AISD saw massive layoffs, a "nightmare" experience which he said forged his approach. Now, Zarifis worries that if an ambitious raise locked up money and then the district failed to meet its enrollment target, jobs could be in danger.

"I will take criticism of not getting a large enough percentage of a pay raise, as opposed to ever having to deal with 1,000 people being terminated in this district [again]. That experience devastated people," Zarifis said. "We may be hardly able to make ends meet right now, but without a job you ain't making any ends meet. And as a leader of Education Austin, I cannot support anything that would take us down that path." Under the agreement, AISD will also increase its minimum wage (to $13.50 per hour), its bilingual librarian stipends, and its starting salary for teachers. The union and district plan to form a joint compensation committee to tackle teacher pay issues more directly in coming years.

Although money is tight at the moment, more is on the way; the approved budget does not include the $155 million the district is receiving in American Rescue Plan Act funds, or the millions more in federal COVID-19 relief approved in 2020 – and then sat on for months by the Texas Education Agency – which will finally arrive at AISD in September. Thousands of Austinites have taken the district's survey to express their preferences for how this money could be used over the next three years, input that staff is using now to prepare a spending plan. The No. 1 priority of the community? Teacher support.