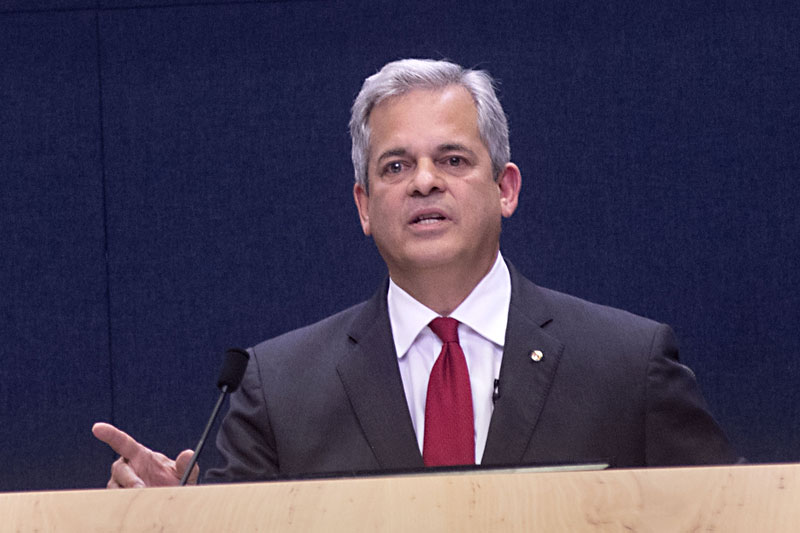 City Council on Thursday, June 3, took the first of two votes necessary to double its property tax homestead exemption to 20%. This tax break will apply to all homeowners, although it disproportionately benefits higher-value properties and provides no direct benefit to the majority of Austin households who rent. Council also approved an increased exemption for homeowners living with a disability or those over 65.

A final vote on June 10 is expected to pass, fulfilling a 2014 campaign promise from Mayor Steve Adler that had lost steam since then, in part, due to a tax code interpretation by the state comptroller's office, which limited cities' ability to offset exemptions with revenue raised from other properties on their tax rolls. But Comptroller Glenn Hegar has revised that stance, clearing a path for Council to go to 20%.

Adler acknowledges that property taxes, like sales taxes, are regressive; they account for a larger share of homeowners' cost of living at lower incomes, and exemptions are more valuable to wealthier taxpayers as a percentage of higher property values. But he says state law restricts cities' ability to create flat-rate exemptions, and that wealthy Austinites who will enjoy a larger tax break also bear a larger share of the city's property tax burden.

Still, Adler told the Chronicle, the guiding principle for him has been how a higher exemption would impact city services. Because the tax cut can now be revenue-neutral to the city, Adler said he thinks now is the right time to go to 20%. "Even if we weren't giving any additional money to renters," Adler said, referring to the city's ongoing rental relief efforts, it "would still be the right thing to do. The low-income person on the Eastside having trouble holding on to their home doesn't care what the tax break is for the rich homeowner. They care about the relief they're getting that will allow them to stay where they are."

Council also voted for staff to take the steps required under state law to seek an 8% increase in the property tax revenue it raises in the fiscal year 2022 budget, should Council so choose when it adopts the budget in August. Legislation in 2019 had lowered the "revenue cap" threshold from 8% to 3.5%, beyond which cities would need voter approval of their tax rate. But the law includes an exception for cities that experience disasters in the year prior, allowing them an 8% cap. Austin, and all of Texas, meets that criteria due to COVID-19 and Winter Storm Uri, but at this point Council has not committed to going above 3.5%.

Doubling the homestead exemption shifts about $27 million in tax burden toward other property owners. According to the city’s Budget Office, that shift will mostly be borne by apartment complexes and “residential non-homestead” properties – mostly single­-family rental properties.

Doubling the homestead exemption, of course, shifts tax burden toward other property owners. According to data provided by the city's Budget Office, that shift will mostly be borne by apartment complexes and "residential non-homestead" properties – which staff says mostly consists of single­-family rental properties. They'll take on about $13.6 million of the total $27 million reduction in homeowners' taxes. Other commercial property owners (office, retail, etc.) will take on about $11 million. (These figures all assume a tax rate based on a 3.5% revenue increase.)

The Budget Office says that the resident owner of a $400,000 home (roughly the median home value in Austin) would see about $141 in savings on property taxes annually. However, the savings will not be distributed evenly among all Austin homeowners above and below that median. Using data from the Travis Central Appraisal District, "housing equity advocate" (per his Twitter bio) Tanner Blair – who estimates the aggregate tax reduction at $31.6 million – calculates that 70% of that amount will go to the top 50% of homesteads, with the top 25% of homesteads walking away with 46% of the tax break (see chart, next page). Meanwhile, non-homestead properties would see a $21 increase in taxes paid per $100,000 of taxable value. How that will translate into rents is difficult to predict, as several factors influence Austin's superheated rental market; after a slight dip in 2020, average rents are once again rising. 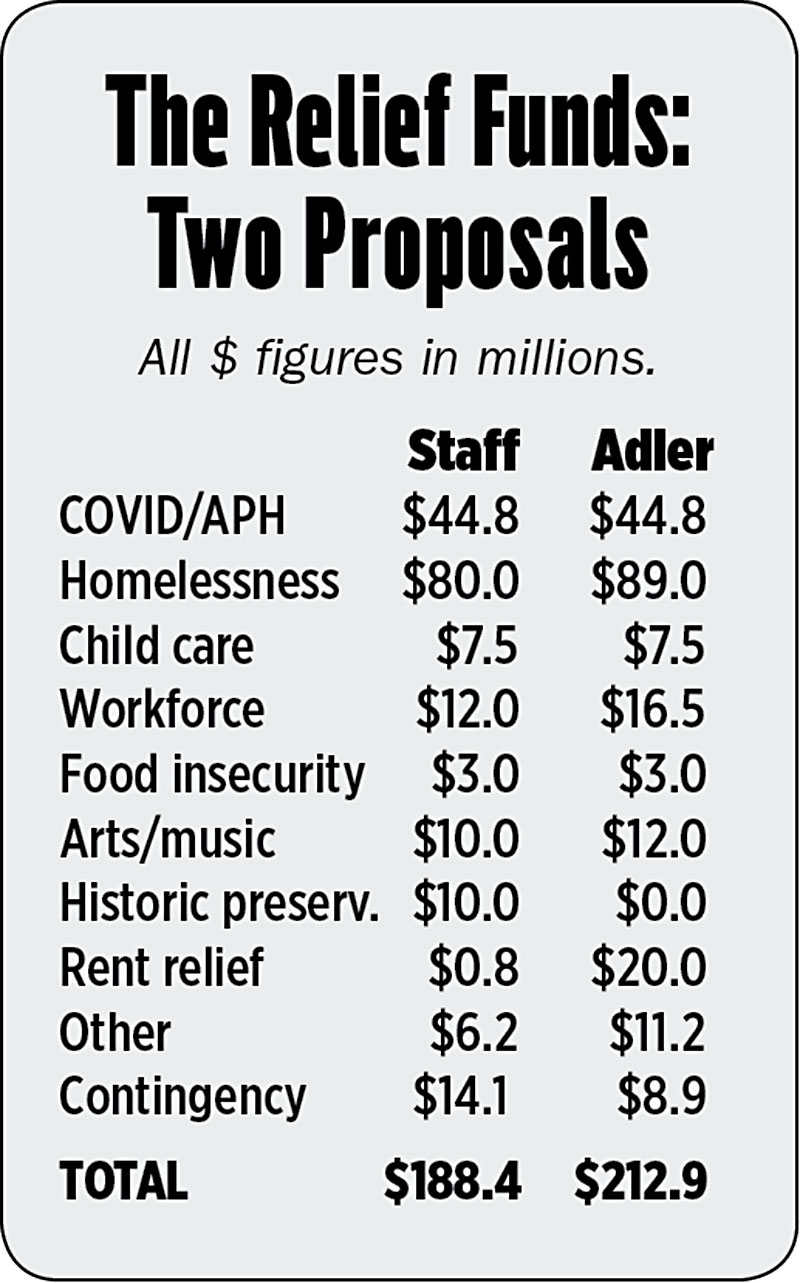 The exemption for seniors and people with disabilities, however, is a flat rate, per state law. Council approved raising that exemption by $25,000 to $113,000, reducing the expected 2022 tax bill for those homeowners by about $3.52. As Council Member Pio Renteria pointed out, any pause to incessant increases in tax bills could help longtime East Austinites stay in place. "The value of their property and their taxes have just gone up to the sky and they're taking their money and they're leaving," Renteria said. "So we need to give our people here some relief."

As for rental relief, which CM Greg Casar and Mayor Pro Tem Natasha Harper-Madison made a condition of their support for a 20% exemption, Council is considering its options. These include the approximately $188 million in federal funding the city will receive through the American Rescue Plan Act; Council continued its deliberations on a spending framework for those funds at a special called meeting on June 7.

The ARPA money needs to be spent before Dec. 31, 2024. In March, Council directed staff to focus on four spending priorities where a combination of local, regional, private, and philanthropic spending could be leveraged with the federal funds to kickstart "transformational and generational" change: homelessness, early childhood care and education, workforce development, and food and housing insecurity.

Staff's draft framework in March contemplated spending $236.4 million from now through the end of FY 2022; $40.6 million of that would come from surplus General Fund reserves (above the threshold set by Council policy), with about $20 million in direct rent relief. Now, however, the Budget Office forecasts only $28.4 million will be available as surplus. The latest staff proposal directs $88 million toward homelessness (including $4.2 million toward emergency shelter and support for service providers to scale up operations), $20 million for cultural and historic preservation, $8 million for workforce development, $7.5 million for childcare, $3 million for for food insecurity, $1.5 million for the Colony Park Sustainable Community Health Center, and $800,000 for rent relief. Another $14.6 million would go into a contingency fund to supplement these four priorities over the next 16 months, or to fund something else if the need arises.

Council generally agrees with this distribution of the ARPA windfall, but some members are concerned about committing so much of the funding to the ongoing homelessness response without a firm commitment from other partners, such as Travis County, to do the same. In Adler's view, as he told his colleagues, "If we're going to do this at scale, this is part of a bigger lift. That scale is contingent on the whole community saying 'Yes, this is a priority,' and coming at a similar scale, [but] it's going to take someone going first." 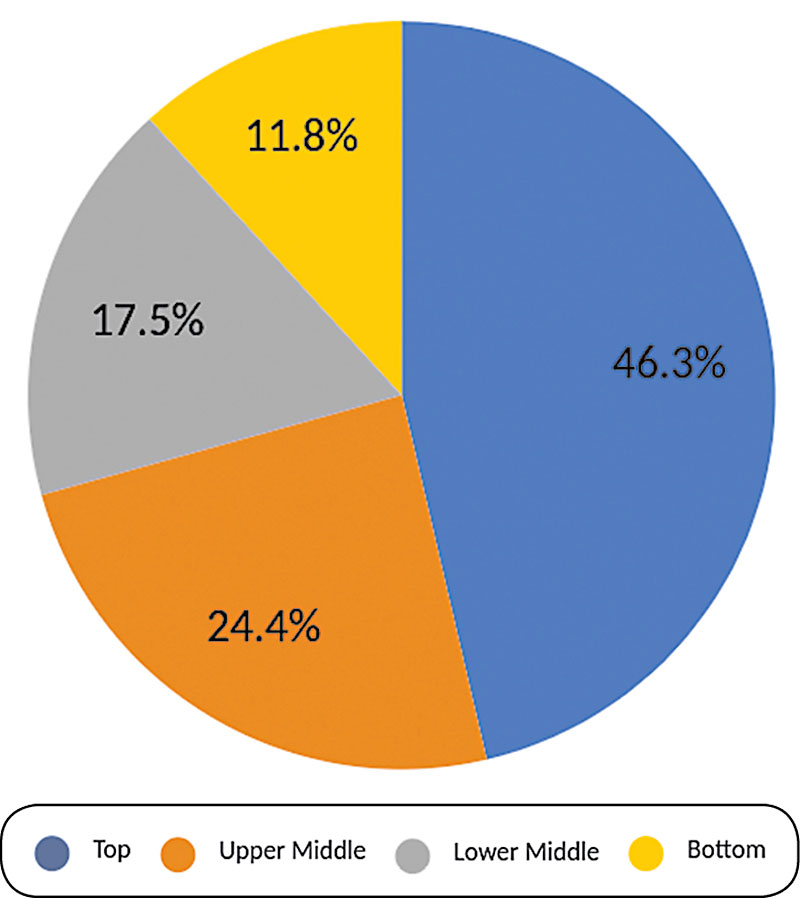 At the June 7 meeting, staff noted that the Relief of Emergency Needs for Tenants program has served about 6,000 people, with another 4,000 waiting for help. That's a problem for Casar and Renteria, who are trying to overcome concerns from their colleagues about dipping into reserves even as cities stare down an eviction crisis; the federal moratorium on evictions is set to expire June 30.

An alternative version of the staff spending plan drafted by Adler adds back the $20 million for rent relief, while increasing ARPA spending on workforce and live music support, but reducing spending on historic preservation and staff's proposed contingency fund. Casar also revised his own amendment to transfer $20 million from reserves to let City Manager Spencer Cronk restore the funds if they are "no longer needed to prevent widespread evictions."

Meanwhile, Harper-Madison's Equitable Transit Ori­ent­ed Development resolution, postponed several times as she and CM Ann Kitchen negotiated its terms, is also back on the agenda, as are two items related to the city's purchase of a Candlewood Suites hotel in Northwest Austin to convert into supportive housing for people exiting homelessness. One boosts the authorized purchase price for the property at 10811 Pecan Park Blvd. by $50,000, and a second item authorizes a contract of just under $3 million with Caritas of Austin to provide services at the site once it opens. Predictably, Williamson County Judge Bill Gravell continues to huff and puff over Council's efforts to house the unhoused in his jurisdiction, and in Council District 6, represented by the also-skeptical Mackenzie Kelly.

Council is scheduled to return July 23 to begin its formal consideration of the FY 2022 budget.