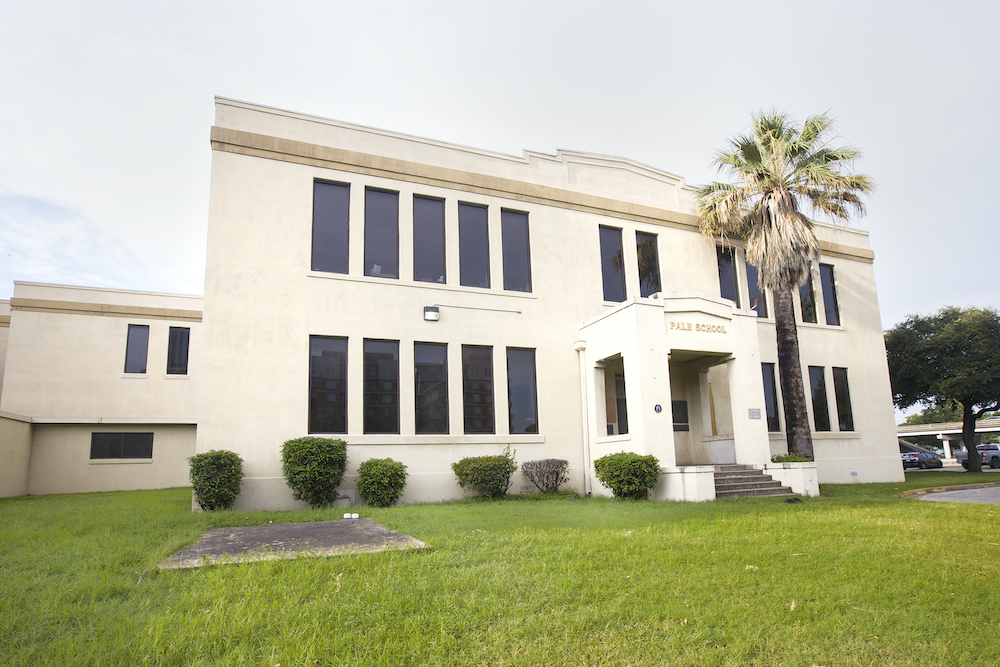 Palm School is just one of many historic properties that has deep cultural significance to the Eastside. (Photo by Jana Birchum)

For decades, Historic Landmark Com­mis­sion Chair Terri Myers says, "Historic preservation was pretty much the realm of Lifestyles of the Rich and Famous." Myers, an active voice in Austin preservation circles for 35 years, continued: "The great mansions of great white men, primarily."

Austin's historic preservation program, which includes tools for recognizing anything from a single home's distinctive architecture to the cultural significance of an entire community, has long centered primarily on white and wealthy property owners, who receive tax exemptions on their properties in exchange for maintaining them as parts of the city's legacy. City planners and preservationists are hoping to change that, and to re-create the entire program as viewed through an equity lens. A new working group, for which the city is accepting applications from prospective members through June 14, has been tasked with rewriting the city's preservation plan, last updated in 1981.

A new plan will ideally tackle not only the many changes in Austin in the last four dec­ades, but also the changes in preservation principles and practice. "The preservation field itself has really seen a major paradigm shift toward preserving communities, rather than just buildings; toward telling the full American story, not just the stories of wealthy white men," said Cara Bertron, a senior planner in Austin's Housing & Planning Depart­ment. "We know that we haven't gone far enough yet in that paradigm shift, but there's an intention to."

Although preservation plans can affect nearly every aspect of a city's approach to housing and land use, the 1981 plan is so outdated as to be irrelevant, according to Lindsey Derrington, the executive director of Preservation Austin. Even she, a preservation professional, has never read the document. The lack of a functional plan means that there's little formal framework for the decision-making that follows, such as consistent review guidelines that could identify and save overlooked historic structures, or a systematic approach to community engagement.

Austin's current program is disproportionately focused on the needs of the owners and design professionals who specialize in historic properties (particularly homes), and with making often difficult calls in contentious zoning cases in predominantly upscale historic neighborhoods. "The policies and programs are so expensive and time prohibitive," Der­ring­ton said. "That's why we end up having these kinds of imbalances ... Preserving any heritage is a good thing, but we just need to make sure more people can access that. This plan will help us get there."

Of Austin's 600-plus structures and sites landmarked by the city (others have state and federal designations), only 7.7% recognize Black Austinites, while a mere 2.5% focus on Latinx heritage. There have been changes in the past year – 40% of the new landmark cases have focused on historically underrepresented heritage, including two new historic districts that honor Black, Latinx, and Lebanese history.

The hope is for the new working group to be empowered to go further to create a historic preservation strategy that reflects Austin's diverse and intersecting cultures. To encourage more than the usual suspects to apply, the city is offering a $25 per hour stipend for those whose jobs won't pay them to serve on the working group. It's also using a range of media channels to reach people outside of the city's preservation circles.

"Historic preservation tools can help [us] achieve bigger community goals, like equity, like affordability, like sustainability, like displacement prevention," Bertron said. "These are the pressing questions that Austin is facing right now, and preservation has a really solid toolbox [that] can be put to use, helping with some of these bigger priorities."

Learn more about the preservation plan or apply to be on the working group here. Apply before midnight Monday, June 14.