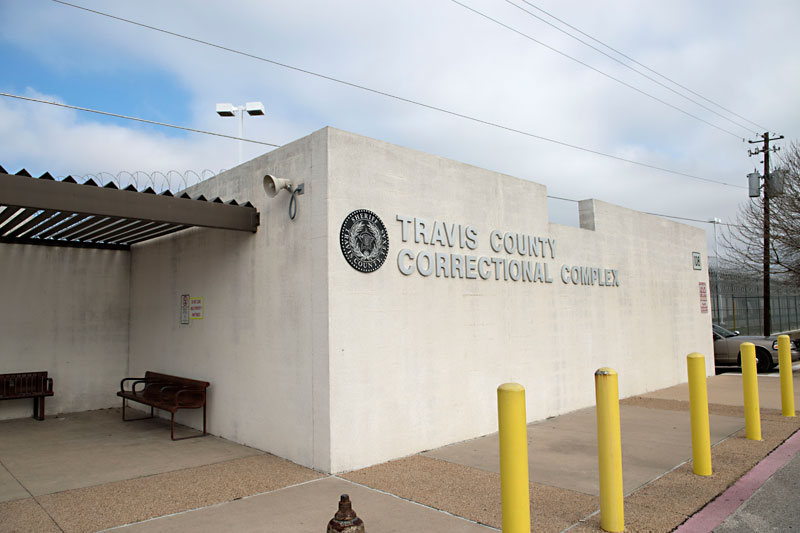 In a work session last Thursday, May 27, the Travis County Commissioners Court heard a presentation from county planners and the Sheriff's Office on the long-term overhaul of the Travis County Correctional Complex in Del Valle. The plan, based on a system needs analysis with projections from 2015, would cost $616 million over 20 years; a new women's jail facility accounts for $79 million of that.

The court delayed funding for that piece in response to pushback from community justice advocates, but in April 2019 voted to issue certificates of obligation (a tool for public-sector agencies to borrow against future tax revenue, not requiring voter approval) for $6.6 million. If the construction of the new facility is approved on June 8, another certificate would be issued to provide the remaining funds.

The expansion of the correctional complex remains contentious for both philosophical and practical reasons. County Judge Andy Brown, who spearheaded creation of the Sobering Center as a way to reduce the jail population and ran on a platform of criminal justice reform, agrees with many activists who would rather see the county invest in mental health and substance abuse services than expand its jail facilities.

Meanwhile, reform-minded judges, prosecutors, defenders, and agencies have led the jail population to trend consistently downward since 2015, so a new facility just doesn't make sense to many stakeholders. According to Efrain Davila with the county's Justice Planning division, "The average daily population is at a historic low." As of May 27, there were 1,430 people in the jail (159 women), down 21% from the same date in 2020 (likely due to COVID-19) and down 46% from 2015.

The majority of women only spend three days or less in the facility; those who stay longer disproportionately have mental health conditions, and the jail is one of the largest and most qualified mental health providers in the region. While Christy Moffett of the county's Economic Development and Strategic Investments division told commissioners the plan was always intended to be flexible, Brown pointed out that it's based on six-year-old projections that clearly didn't pan out.

Commissioner Jeff Travillion, who supports building a new women's facility, expressed a desire for trauma-informed care within the jail and an asset map of all the programs and services the county currently has to address mental health and addiction issues, in order to assess their effectiveness. Travillion told the Chronicle he supports diversion programs, but "a diversion program that does not have housing puts you on the street. The problem is part of the community says that any type of treatment you do in jail is damaging. And while I understand that sentiment, my question is, what is the alternative? What has been left for us is to provide that treatment in jail; dollars have not been provided to offer services anyplace else."

In April, Brown, along with District Attorney José Garza, County Attorney Delia Garza, and others, announced a plan that could provide that alternative. A proposed new Diversion Center would use funds from the American Rescue Plan Act to provide "mental health services, behavioral health services, detox, temporary housing ... Something along those lines is what we need to invest money [in]," says Brown.

"It's kind of a false equivalence, to say that these issues that women are facing need to be fixed through the jail," says Claudia Muñoz, co-director of Grassroots Leadership, which has been against the jail from the start. "Women that we know, including myself, that have been incarcerated will tell you that what we need is not a new shiny building; what we actually need is services and help before it gets to us being incarcerated."