The Fumbling, Bumbling Letdown of the 87th Legislature 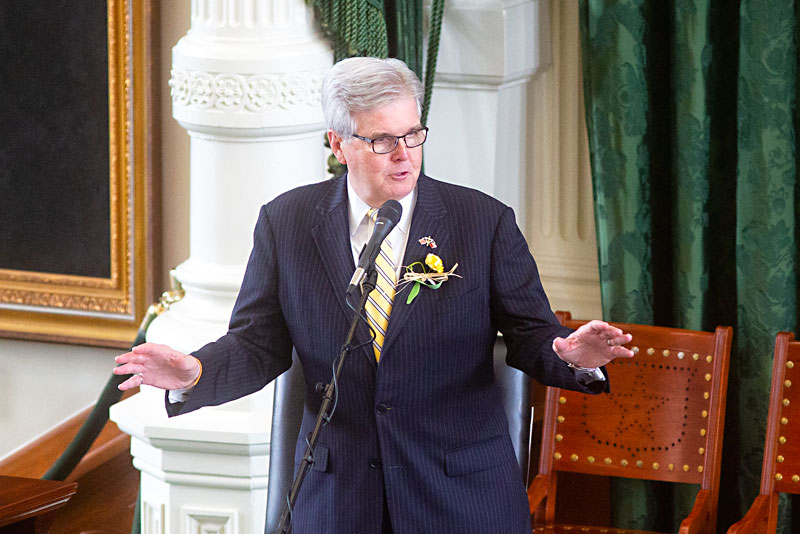 When the 87th Texas Legislature kicked off in January, six days after rioters laid waste to the U.S. Capitol to overturn the 2020 presidential election but eight days before Joe Biden would actually take office, I wrote about how many lawmakers expected a quiet, stripped-down, and COVID-restricted session, focused on the immediate need to pass a budget and respond to a pandemic. People talked about an air of sobriety, of wanting to move on from the MAGA chaos; our cover alluded to a Capitol, and a democracy, under renovation. And, I wrote, "Other stuff may just have to wait, particularly the stuff – like anti-choice and anti-LGBTQIA bills that are already opposed by new House Speaker Dade Phelan – that tastes like MAGA and will become more rancid as we go through months of healing and reckoning."

Or not! Five months later, we look over the debris not of a renovated democracy but of a crime spree, where the must-do stuff barely got done and the yawning needs of Texans went unmet even as the state and the Lege itself experienced multiple disasters in real time. Instead, we got a whole truckload of culture-war sheep dip that did indeed taste like MAGA and become more rancid but that weak-kneed and rudderless Republicans ate heartily as a prophylactic to a primary challenge next spring, literally the only thing the Red Texas ruling class cares about. Remember, a bunch of these folks will be running in newly drawn districts, asking for the votes of MAGA stans who don't know them, so everyone needs to look good on the right-wing scorecard. (This goes for less progressive Democrats as well, particularly in the Senate.)

So that's a drag, but somehow it managed to be even worse than that sounds, because the state's GOP leaders couldn't even take care of their own dirty business effectively, never mind fixing the power grid or helping 5 million uninsured Texans not die of preventable illnesses in the emergency room. Not that this was all bad for progressive goals and values. Much has been made of the House Democrats' "courageous" quorum break the night before sine die, but both Phelan and Lt. Gov. Dan Patrick are right when they blame each other's bumbling and fumbling for giving Dems the opportunity to take down the "election integrity" scam inscribed in Senate Bill 7, at least for now, at precisely the moment when the entire country was watching. They would have been fools not to walk out, and their enemies know it.

Similar competence deficits worked to protect trans kids from state-sponsored harassment, to deep-six Patrick's most blue-nosed efforts to thwart sensible cannabis policy, to soften the edge of white men's bonkers moral panic about "critical race theory," and even to torpedo one of Texas' most egregious corporate welfare schemes, among other nice things. But GOP weakness and ineptitude also beset what had been seen as the best chance in a generation for meaningful (and bipartisan) criminal justice reform, or to at least begin the conversation about how Texas' energy industry is going to transition away from carbon-based fuels before the next hurricane or winter storm or drought or all three makes its oil patch towns, coastal plants, and cushy Houston and Dallas offices uninhabitable.

But of course, as we wrote in a headline in March, "Everything's Broken and Thousands are Dead, But There's Always Time for Abortion Bans in Texas." Gotta look good on the scorecard! As for the rest, everyone is expecting a do-over special session to take care of suppressing votes, reinstating debtor's prisons with cash bail, and other "priorities," with a second special to follow in the fall to draw maps.