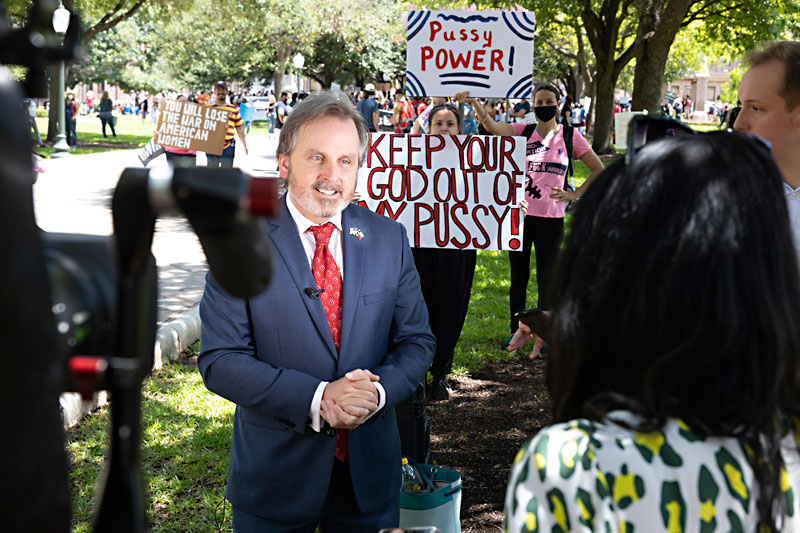 Republican Senator Bryan Hughes (center) gives a TV interview on (failed) restrictive voting bill SB 7 outside the Texas State Capitol on Saturday, May 29, that just so happened to coincide with the “Don’t Mess With Texans’ Abortions” rally. Incidentally, Hughes authored SB 8, the most extreme abortion ban in the country, which was signed into law last month. (Photo by Jana Birchum)

Austin City Council meets today, Thursday, June 3, at 10am, where the city's plan for sanctioned campsites for unhoused Austinites continues to be a big topic of discussion among Council and city staff. Read more.

A Poison Paradise: Austin's Watershed Protection Department warns that toxic algae may be more prevalent and "more toxic" than it was this winter and spring. As such, dog owners should treat all algae as though it is harmful and not allow their dogs to touch or ingest algae in any Central Texas waterways, including Lake Austin and Lady Bird Lake, as it can be fatal to dogs.

Free Rides Around Town: This summer, Capital Metro is offering free rides every Saturday and Sunday from June 5 to July 4 on most weekend services. Customers can ride at no cost on MetroRail, MetroBus, MetroRapid, MetroAccess, and the UT-Austin shuttles. 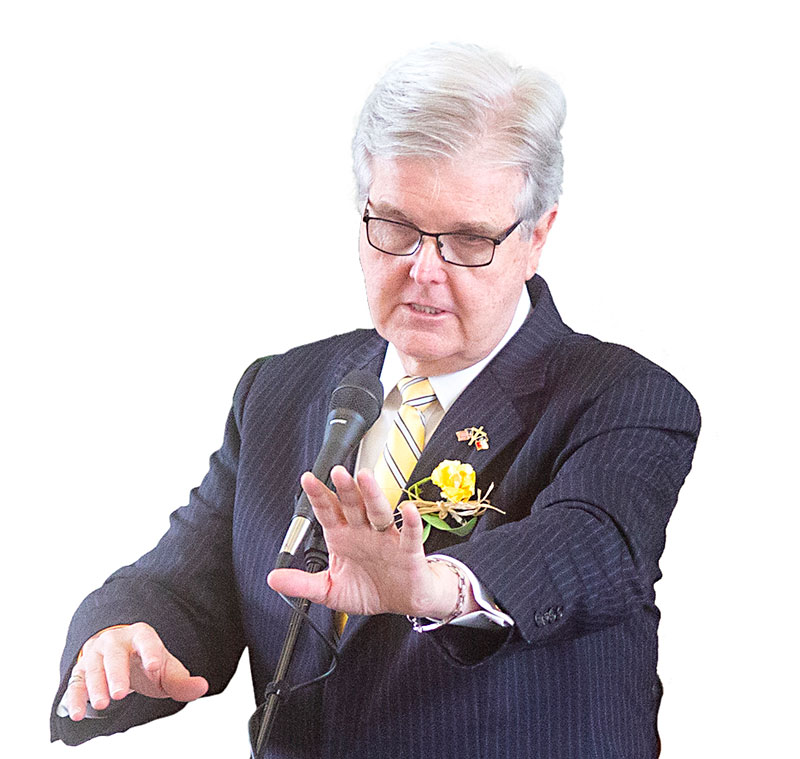