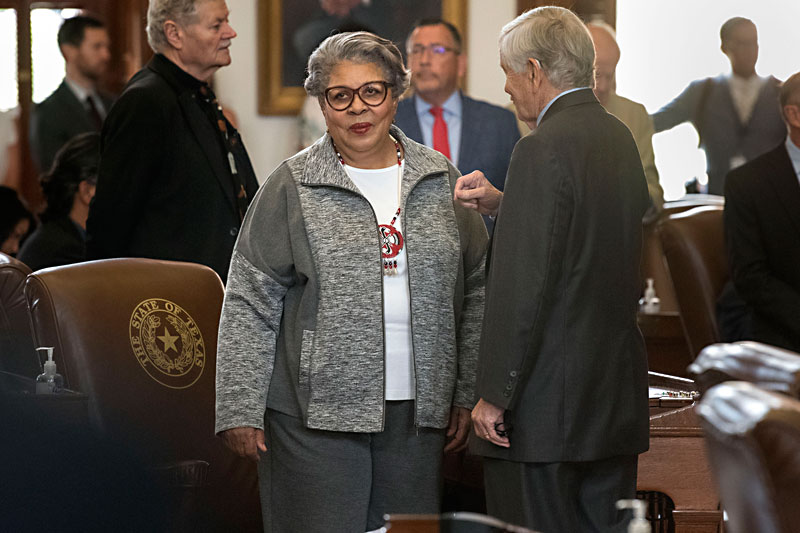 "It's like the worst session ever," Kathy Mitchell of Just Liberty told the Chronicle. "You can quote me on that. Worst. Session. Ever."

Mitchell and her colleagues in the criminal justice reform movement are disgusted after months of work at the Capitol have amounted to practically nothing. They're calling this year's legislative session the most unproductive since the Ann Richards administration. It's all the more disappointing since the session began with high hopes.

The omnibus George Floyd Act never made it out of the House Criminal Jurisprudence Committee, but its provisions had also been filed as stand-alone bills. Several of these passed the House with large bipartisan majorities. House Bill 830, forbidding arrests for minor traffic offenses, passed 113-18. HB 829, requiring police departments to discipline officers in a consistent manner, passed 100-28. HB 834, requiring that undercover officers' testimony be corroborated for a person to be convicted in a drug case, passed 98-33. 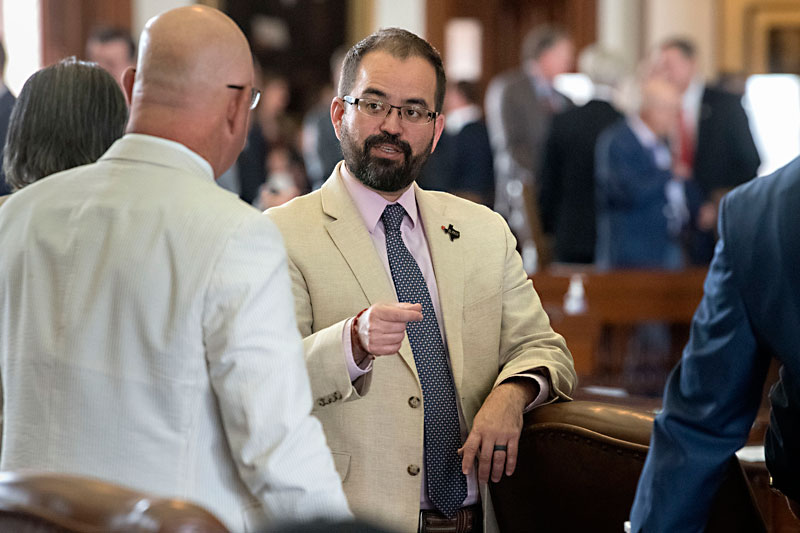 In the Senate, all these bills died a slow death in the Senate Jurisprudence Committee (chaired by Sen. Joan Huffman, R-Southside Place), as did reform bills authored by Rep. Joe Moody, D-El Paso, and House CJC Chair Rep. Jeff Leach, R-Plano, that also passed overwhelmingly in the House. By late May, Moody and Leach organized a work stoppage, getting the House to adjourn for two days at the height of the session to protest the Senate's inaction. Leach wrote on Twitter, "If the Senate wants to kill or sit on important bills sent over by the House, they can expect the same in return." The move led to the House failing to pass several Fox News-friendly culture-war bills dear to Lt. Gov. Dan Patrick. He's now demanding a special session.

Patrick's Senate did advance a few "reform" bills, but only after rewriting them with police lobbyists, like the Combined Law Enforcement Associations of Texas, looking over senators' shoulders. "There seems to be an understanding by the lieutenant governor that people actually do see some problems with policing and want to see the legislature pass reform," Mitchell said. "So what they have done is pass 'in name only' bills."

Mitchell offers the Senate's version of HB 492 as an example. The bill, meant to reform the use of no-knock warrants, arrived from the House with provisions requiring police to identify themselves during raids, to conduct them during daylight hours, and to have police chiefs sign off on them. The Senate's no-knock bill stripped out these provisions. Another "in name only" reform bill passed by the Senate is HB 20. As written by the House, it would have ended cash bail for those charged with minor nonviolent offenses. The Senate rewrote it to require cash bail in more cases than the law mandates currently.

Both HB 492 and HB 20 were queued up for their final vote in the House on the evening of May 30, when the Democratic caucus abandoned the House floor, breaking quorum to keep the Republicans' voter suppression bill, Senate Bill 7, from coming to a vote. Republicans are vowing to bring HB 20 back in a special session.

Mitchell said that the biggest reform this session is Javier Ambler's Law – the proposal by Rep. James Talarico, D-Round Rock, to stop law enforcement agencies from partnering with reality television shows; Abbott signed it into law on May 27. Bo's Law, a modest proposal that will require officers to keep their body cameras on more often, has been sent to the governor's desk as well. And then there is the ban on chokeholds, the only George Floyd reform that survived the legislative process more or less intact.

SB 68 was another of the original George Floyd reforms. It was written to force officers to intervene when their colleagues are using excessive force, but was diluted to require intervention only if the misconduct meets every one of five legalistic criteria, including whether it violates the law. This "in name only" bill is currently awaiting the governor's signature, but Mitchell hopes that he and Patrick won't try to take a victory lap on behalf of it. "If the governor has a press conference to celebrate signing these bills, I'll be in the back with a sign that says, 'Bullshit!'" she said.

A version of this article appeared in print on June 4, 2021 with the headline: Criminal Justice, Unreformed