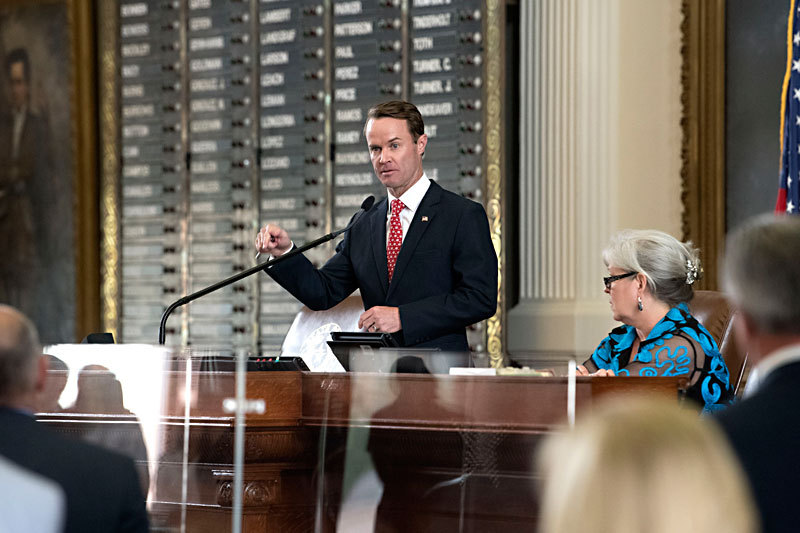 On the eve of the 87th Texas Legislature, as the state's dismally large gaps in health care access grew even wider during the COVID-19 disaster, it seemed to lawmakers in both parties like a good time to consider Medicaid expansion more seriously than Texas ever has since the passage of the federal Affordable Care Act more than a decade ago. Yet as on so many issues this session, the high hopes of meeting huge and swelling needs among everyday people amounted to little, even as the number of uninsured Texans neared the 5 million mark.

The “Live Well Texas” plan included narrower provisions unique to the state that would still bring in billions of dollars that Texas now leaves on the table.

Out of the dozens of Medicaid bills filed this session, the "Live Well Texas" program proposed by Senate Bill 117 (Sen. Nathan Johnson, D-Dallas) and House Bill 3871 (Rep. Julie Johnson, D-Carrollton) had the most promise. Knowing that the ACA remains radioactive to many Texas Republicans, Johnson and Johnson (no relation) crafted narrower provisions for a plan unique to the state but that would still bring in billions of federal dollars that Texas now leaves on the table rather than expanding Medicaid eligibility. 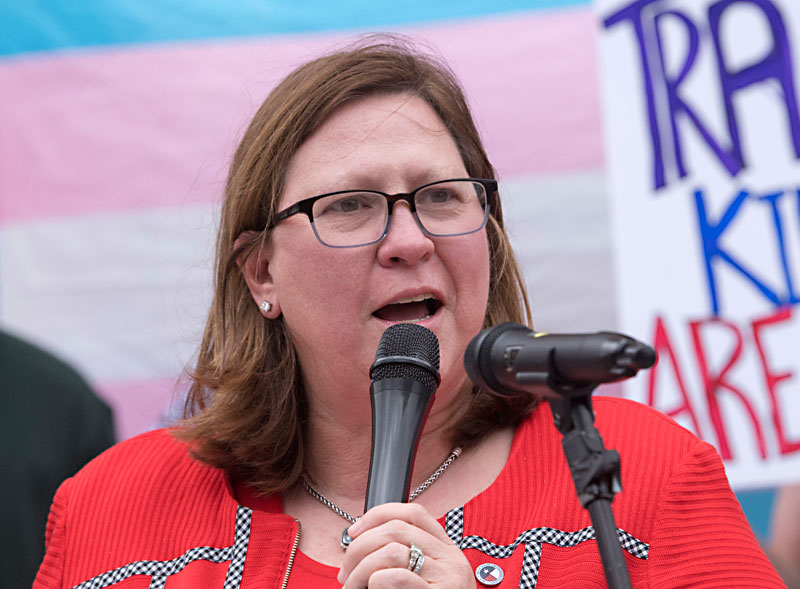 Rep. Julie Johnson at a rally outside the capitol in April (Photo by John Anderson)

Right now, almost all Texas adults under 65 who aren't fully disabled or pregnant are ineligible for Medicaid, regardless of their health status. The Johnson bills only increased eligibility to those earning 100% or less of the federal poverty level, below the 138% FPL threshold established in the ACA (above that, people are eligible for subsidies on the insurance exchanges). They also included provisions to terminate the program if the feds ceased providing a 9-to-1 match of Medicaid dollars (currently made even more generous by relief provisions in the American Rescue Plan Act). It was attractive enough for the House version to be co-authored by all 67 Democrats as well as nine Republicans, enough to pass the bill in that chamber, yet neither HB 3871 nor SB 117 ever received a hearing after they were referred to committee. Afterward, Rep. Garnet Coleman, D-Houston, tried and failed, by a vote of 68-80, to amend budget bill SB 1 to provide a match to access federal Medicaid dollars to expand coverage.

Separately, House Speaker Dade Phelan, R-Beaumont, and allies in both parties backed a "Healthy Families, Healthy Tex­as" package of 12 bills that Phelan argued would increase access to care. Seven of the bills ultimately passed, but progressive health care policy groups expressed disappointment in the package's failure to include any significant coverage solution for uninsured Texans, Medicaid or not. Still, progress, however incremental, was made: HB 133 (Rep. Toni Rose, D-Dallas) extends Medicaid coverage for new mothers from two to six months after giving birth, trimmed back in the Senate from the full year originally approved by the House (read more). 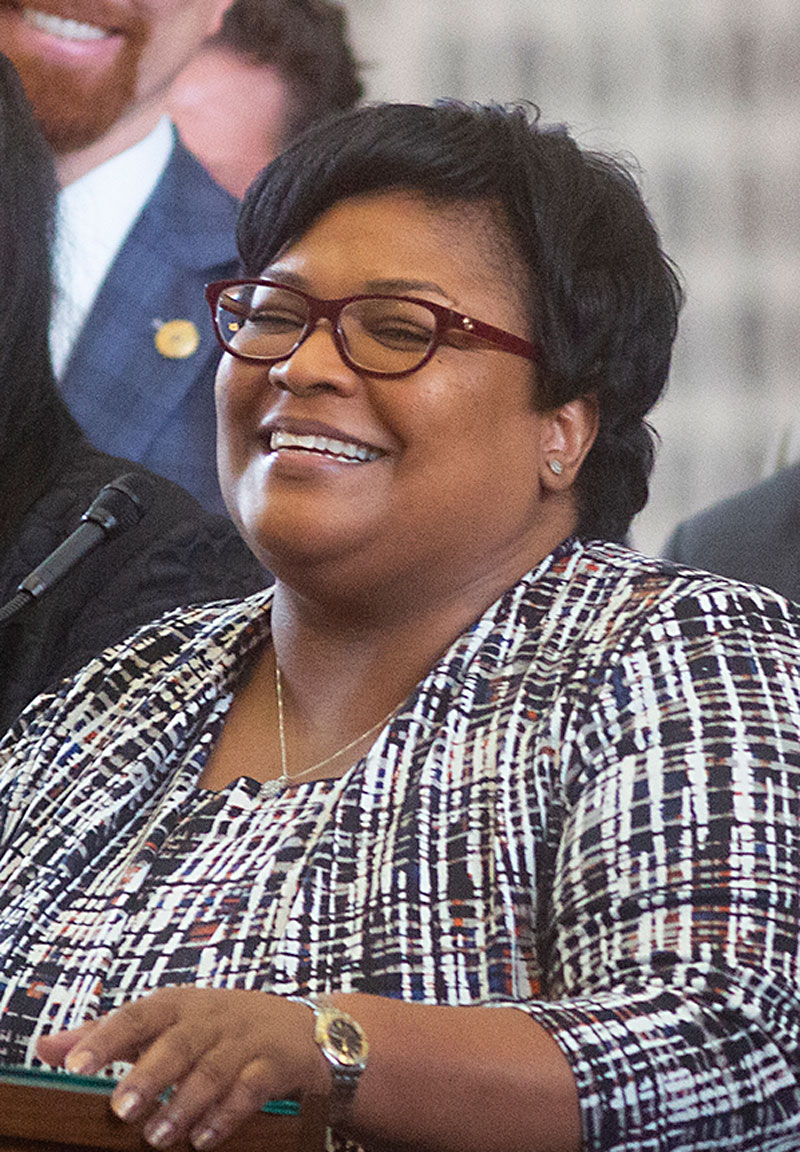 It's not too late for the state to adjust course. The ARPA boost to Medicaid funding, which could mean $3 billion to $5 billion in Texas' pocket, will be available for two years; nearly 200 provider groups, local officials, and organizations have urged state leadership not to let the money go unclaimed. Meanwhile, the Centers for Medicare & Medicaid Services (CMS) rescinded Texas' extension for what's called the "1115 waiver," a multiyear, multibillion-dollar federal funding agreement that since 2011 has helped fund both uncompensated care at Texas hospitals and programs intended to promote innovations in health care delivery. The federal agency concluded that the Texas Health and Human Services Commission failed to meet public input requirements before it submitted its extension request under the Trump administration. Absent any renegotiation, Texas' waiver will expire on Sept. 30, 2022.

State leaders were quick to complain about CMS' decision, with Attorney General Ken Paxton filing suit against the move as an unlawful attempt to force Texas to expand Medicaid. However, HHSC is also trying to comply with CMS' edict, scheduling three virtual meetings for the public to comment on Texas' new waiver extension application on June 2, 10, and 15. This is an opportunity, some Medicaid expansion proponents say, to push for their goals even as Texas negotiates with CMS. "This time the public will have an opportunity to weigh in," said Anne Dunkelberg, who oversees health care policy for public policy think tank Every Texan. "We'll have the chance to tell Gov. [Greg] Abbott and other state leaders that they must include coverage expansion in the deal to move Texas towards a more sustainable health care system."

A version of this article appeared in print on June 4, 2021 with the headline: Once Again, No Luck Stopping the Bleeding