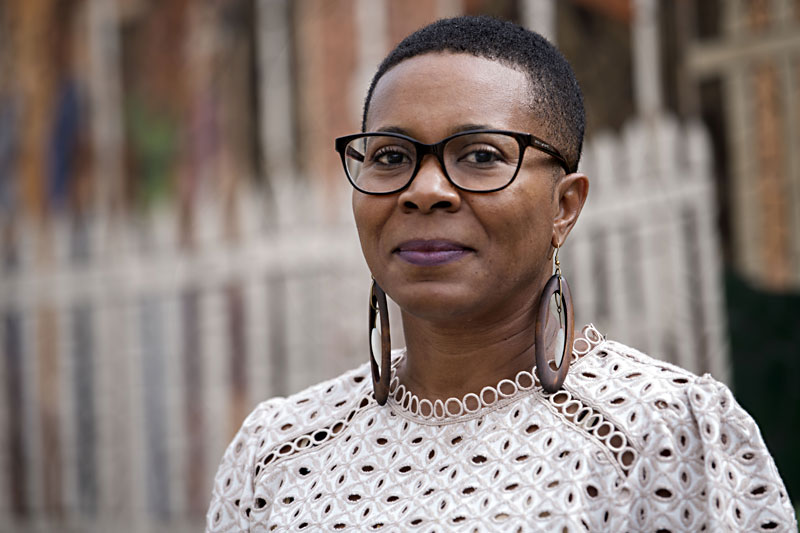 When Austin voters approved financing for the Project Connect transit plan in November 2020, they created along with it a $300 million anti-displacement fund, aiming to offset the increase in housing costs expected along the corridors served by new rail and rapid bus routes. While that investment makes up a small slice of that $7.1 billion pie, it's the largest program of its kind to be launched in the U.S., and it nearly doubles the amount of city tax dollars that voters have approved for affordable housing.

As the city's first community displacement prevention officer, Nefertitti Jackmon will have the task of overseeing that fund. She describes the opportunity as "equally exciting as it is daunting." Indeed, the fund will be closely monitored not just locally, but also nationally because of its unprecedented scope. Jackmon was encouraged by the vote and sees it as a clear message that Austinites want to protect housing for lower­-income residents. "Trying to get this right is really about taking corrective actions in protecting our residents, and preserving the cultural elements that make Austin a unique place," Jackmon said.

“Trying to get this right is really about taking corrective actions in protecting our residents, and preserving the cultural elements that make Austin a unique place.”– Nefertitti Jackmon, Austin’s first-ever community displacement prevention officer

Currently, City Council has approved an initial outlay of $23 million from the fund. How exactly those dollars will be used remains to be seen, but Jackmon said that her department is working to identify organizations to receive funding. The city also began community engagement in early April as it works to create an "equity tool," which will guide funding decisions, in addition to determining key performance indicators for the project.

Some are concerned that the city isn't moving fast enough. As developers begin to speculate, that makes the land more expensive, and if the city is late to the land acquisition game, it may get less bang for its buck. That dynamic has created a greater sense of urgency. The city is still identifying its land acquisition strategy, but Jackmon said the equity tool and a land acquisition program are likely to be launched around the same time.

Steven Pedigo, director of the LBJ Urban Lab at UT-Austin, said that the city needs to identify clear goals beyond simply saying that it's going to stop displacement. "We don't need to be developing the strategy now. We need to be deploying the strategy," he added. Without that strategy in place, he worries that real estate developers will beat the city to the market.

João Paulo M. Connolly, director of housing and community development for the Austin Justice Coalition, is deeply ingrained in the city's housing efforts. The anti-displacement fund was a key reason for AJC's support of Project Connect. He shares Pedigo's sense of urgency to some extent, saying that implementing the fund is "time sensitive." But he also noted that the fund presents a unique opportunity to think creatively, including about how to limit displacement in neighborhoods that are already going through gentrification.

And this includes protecting renters as well as low-income homeowners and small businesses. "I think there's a very natural tendency in the politics of Austin to skew toward the homeowners, and protecting the value of the homeowner piece more than the renter piece," Connolly said. He noted that neighborhoods like those along East Riverside and other new transit corridors could face enormous displacement if renters don't receive sufficient protection. Since new affordable housing won't appear overnight, the city will need to provide short- and medium-term rental protection as well.

“I think there’s a very natural tendency in the politics of Austin to skew toward the homeowners, and protecting the value of the homeowner piece more than the renter piece.” – João Paulo M. Connolly, director of housing and community development for the Austin Justice Coalition

Connolly and others said that moving quickly while also building trust within communities is a balancing act, a sentiment shared by Mayor Pro Tem Natasha Harper-Madison. "When I hear words like 'urgent,' it makes me nervous because it sounds like rushing." She wants the city to be intentional in developing neighborhood-based strategies, rather than using a top-down approach dictated by city officials. Many in Austin's Black and brown communities are understandably skeptical of plans and projects that claim to benefit everyone but whose costs are borne by them. Look no further than the city's first master plan in 1928, which designated East Austin as its "Negro District"; the very physical racial barrier that I-35 has been for more than 50 years; and the forced relocation of Black families in the historic freedomtown of Clarksville to make way for MoPac.

Jackmon sees centering racial equity as her No. 1 priority in managing the fund, saying that last summer's protests served as a wake-up call for many about the need to address equity in a wide range of fields. "The protests with George Floyd heightened the awareness for people to understand that this is truly institutionalized." While she remains optimistic that the city will be able to prevent people from having to leave their homes, she understands why Black and brown communities will believe it when they see it.

Awais Azhar wears many hats in the Austin mobility and housing world, including on the leadership team of Planning Our Communities. Like Jackmon, Azhar sees racial equity as critical to the fund's success, identifying three key dimensions for the project: integrating equity into the conversation, getting ahead of transit-induced displacement, and having inclusive governance of Project Connect. Azhar noted that it's a tricky balance to help residents who could most benefit from better access to high-quality transit while not displacing those same people. The fund allows the city an opportunity to create a template for future infrastructure investment in Austin, Azhar said. "Even though we've had missteps in the past, this is the moment for us to really take up and talk about transit infrastructure, while focusing on equity."

The Art of Making Things Happen

Most advocates and observers agree that the $300 million will not be enough to stem displacement in a city with such an extraordinary growth rate. However, Connolly said it's enough to build a foundation. "I think the $300 million can get us started in the right direction. And it can be really deployed strategically and play a key role in preventing displacement."

Jackmon said that the equity tool will help the city to be precise and pinpoint investment at the neighborhood level, making the dollars go as far as possible. Never­the­less, the city will need to identify other means of funding, including partnerships with the private sector – and not just real estate developers. Connolly said the city should put pressure on its upper-class residents, as well as massive companies like Apple, Tesla, and Samsung, to play a role in promoting equity for communities of color.

Harper-Madison also said that finding funding from private enterprises will be critical to the effort's success. "I can't put enough emphasis on the fact that this is going to be an investment that commerce and community and city government all invest in in equal measure." She pointed to Denver as a place where Austin could learn how to best approach such public-private partnerships.

Pedigo said that Austin falls in a similar tier as other fast-growing, technology-based cities such as Denver, Seattle, and Port­land. Those cities made Project Connect-sized transit investments back in the early Aughts (Portland having built its first rail lines a decade before that), while Austin punted. Now it has the opportunity to learn from some of the challenges seen in other cities, Pedigo said. Specifically, those cities had to retrofit projects to include anti-displacement funding, whereas Austin has that money upfront. Through much of the development of Denver's FasTracks transportation plan, Jeff Romine served as the city's chief economist. While Denver didn't invest in anti­-displacement funding when it approved the project in 2004, it eventually set up a transit-­oriented development, or TOD, fund in 2010. It was a fraction of the size of Austin's anti-displacement fund at $15 million, but it grew over time. In a 2016 gentrification study, Denver's TOD fund was cited as a critical tool for stemming displacement.

On the whole, Romine is largely proud of the work that Denver did to fight gentrification and displacement. "I think the city of Denver and the metropolitan area did a lot of things well," Romine said. "They just couldn't do it to the volume."

He added that the city could have moved faster, as land appreciation often proceeds at blazing speed. While the city of Denver bought a parcel of land for $30 per square foot early in the FasTracks development, that same dirt was valued at $180 per square foot only six years later. "It's very much a fast movement, and we'd be working on a property and then it would be kind of snapped out from under us," Romine said.

Romine also warned against viewing land acquisition through a rigid lens. It's important for cities to safeguard not just housing, but the holistic character of neighborhoods by also protecting small businesses and neighborhood institutions. While many want the process to be purely quantitative and metrics-driven, that's not always the case. "There's a whole art to this and thinking through how these things happen," Romine said.

Jackmon is well aware of the need to be flexible. Having a $300 million fund without any preexisting parameters for how to use it is completely uncharted territory for the city. She knows that no matter how much research and outreach the city conducts, there will be many unknowns. However, she's encouraged by Austinites' willingness to take the first important steps. "The $300 million demonstrated a level of commitment to do something radically different, and to engage with communities to ensure, through the use of the equity tool, that we can have different outcomes." 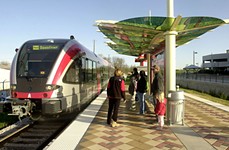