For Briscoe Cain's Next Act, Watch This Bill Disappear (Along With Your Right to Vote) 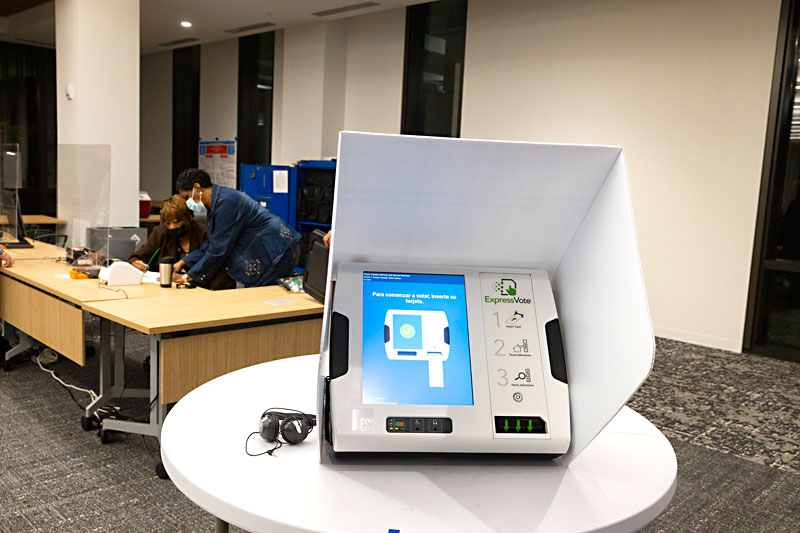 Last week saw more chaos at the Capitol over "election integrity," once again courtesy of the House's least favorite chairman, Rep. Briscoe Cain, R-Deer Park, who clumsily managed to get Senate Bill 7 through his Elections Committee on April 29 after an acrimonious daylong struggle.

His strategy was to substitute his own House Bill 6, whose own hearings he had bungled two weeks earlier, for SB 7, without giving any prior notice to his committee members or those slated to testify. He's probably seen less inept chairs do similar things, but HB 6 and SB 7 are quite different, though both seek to tighten access to the polls. HB 6 requires voters who need assistance to disclose why, beefs up protections for partisan poll watchers, and restricts mail-in voting, while SB 7 focuses on early voting hours and the powers of local election administrators.

Cain's move was not to smooth out differences in the bills' contents, but to end-run around the process; he argued that because HB 6 had already been laid out, Elections could immediately vote out SB 7 without hearing from the public. This was strongly opposed both by Dems – "This is absolute crap," Rep. Michelle Beckley, D-Carrollton, said – and by Rep. Travis Clardy, R-Nacogdoches, leaving Cain without the votes he needed on the 5-4 panel. Clardy changed his mind that evening, letting the bill move to a sure-to-be­-raucous House floor debate and then a contentious conference committee, but at least it's out of Cain's hands.

Jeffrey Clemmons, a student leader for Texas Ris­ing Action, opposes the bills and said the Lege should prioritize making polling placements more equitable. "Briscoe is not qualified to be sitting as chair of that committee," he said. "And so for him to do that, it's just his last-ditch effort to try and get these bills that he's been tasked with passing out of the committee."

Voting rights groups brought over 10,000 signed petitions opposing HB 6, SB 7, and other "election integrity" bills to the offices of several legislators, including Cain, on Thursday. Later that afternoon, they found the petitions they'd delivered to Cain's office perched atop a nearby trash bin.

A version of this article appeared in print on May 7, 2021 with the headline: For Briscoe Cain’s Next Act, Watch This Bill Disappear (Along With Your Right to Vote)