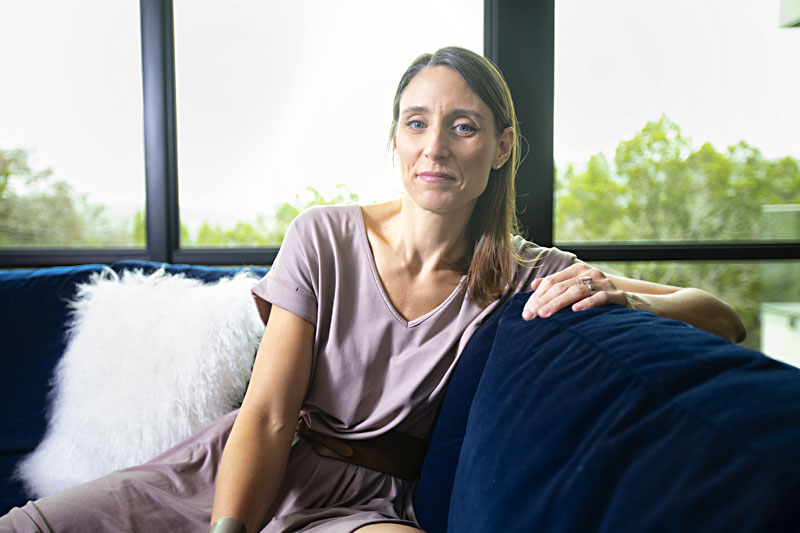 A new social media campaign is sharing the realities sexual assault survivors face within the criminal justice system and calling for meaningful reform in Austin and Travis County. Launched in April – Sexual Assault Awareness Month – Amy's Army was created by survivors and advocates both to raise awareness and sustain support for the legal actions taken by rape survivors against the city, county, police department, and district attorney's office.

A federal class action brought by survivors in 2018 was dismissed in 2020, but that decision is being reviewed by the 5th U.S. Circuit Court of Appeals in June. A separate suit in state court is pending, awaiting the 5CA ruling. Both allege that systemic mishandling of sexual assault cases deprives women of their constitutional rights.

"We're in a situation where we feel like our voices are still not being heard and the urgency is not as heightened as we would like it to be," Mary Reyes told the Chronicle. Reyes, who helped form Amy's Army, is one of the original plaintiffs in the federal suit. Until recently, she was known publicly as "Amy Smith," a pseudonym used to protect her privacy dating back to APD affidavits from 2008-09.

In 2008, Reyes was kidnapped and raped in North Austin. She escaped, reported her attack to the Austin Police Department, and submitted to a rape exam. Though she accurately described her rapist to officers, a major DNA testing contamination – one of many cases impacted by problems at the APD crime lab – led them to question Reyes' account. Her assailant was arrested by APD in 2009, then released on bond, then fled to Houston where he raped at least two other women before being jailed again. In 2017, former Travis County D.A. Margaret Moore dismissed local charges, saying he'd "get justice in Houston."

Though Amy's Army took its name from Reyes' pseudonym, she says the campaign is not a "direct reflection" of her, but instead a reflection of the common story of survivors being retraumatized by the system. The lawsuits, which Reyes encourages the community to read, exemplify this reality, she says: "It doesn't matter what you were wearing, it doesn't matter who you were with. If you were drunk. ... If it was an intimate relationship, if it was a stranger – every single case is exactly the same. Some­body chose not to continue to give us the opportunity to seek justice and take it to trial."

As the 5CA hearing nears, Hanna Senko, another co-founder of Amy's Army, says little change has occurred locally in the nearly four years since the plaintiffs first brought the survivors' lawsuit: "Survivors have lost faith in the systems they thought would be there to help protect them when they needed them the most." In November 2018, Senko joined the federal suit upon realizing the dismissal of her 2006 case was not an isolated incident. When U.S. District Judge Lee Yeakel, siding with the defendants, ruled in dismissing the class action that it belonged in Texas courts (now being appealed at 5CA), Senko became the named lead plaintiff in the state suit. The city is currently seeking to move that case to federal court, which Senko describes as "incredibly frustrating."

Amy's Army wants people to understand what survivors face when engaging with the system. "It's my experience that the general community believes sexual assault cases are taken seriously, that thorough investigations are occurring, and perpetrators are being held accountable," said Senko. "This couldn't be further from the truth." The group provides local statistics, links to both survivor lawsuits, and calls for changes to alter "systems intended to help survivors of sexual assault, so that they no longer need to fight to receive the care, protection, and justice they deserve." These include working to improve transparency for survivors in the investigative process; establishing public metrics for tracking police effectiveness in managing rape case evidence to create oversight and measure progress; and developing tangible consequences for negligence as well as incentives to improve prioritization and management of sexual violence cases.

Reyes confirmed that Amy's Army is already seeing positive community response. "I've had quite a few people reach out to me, and it's getting people to ask the right questions."