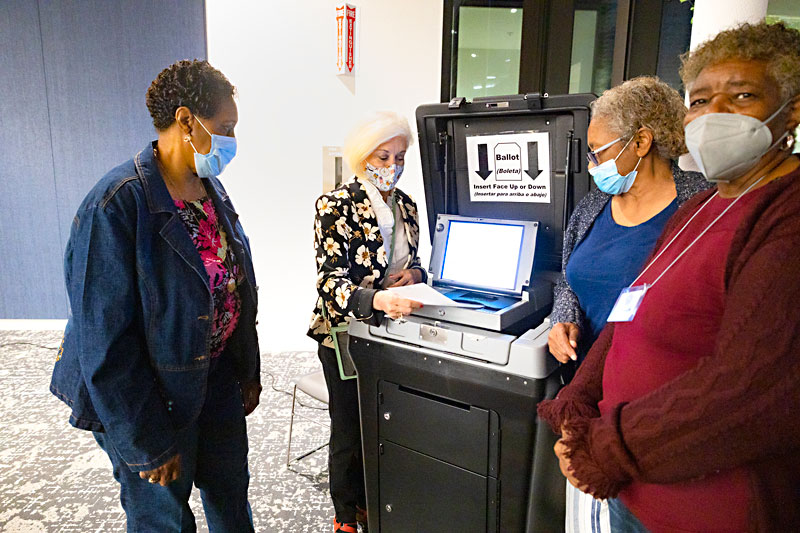 Travis County Elections Clerk Dana DeBeauvoir (center) with poll workers at a ballot machine at a Northeast Austin polling site on April 19, the first day of early voting in the May 1 special election. (Photo by Jana Birchum)

Cast Your Ballots: Early voting in the May 1 special election runs through next Tuesday, April 27. Find more EV info, plus our endorsements.

A Greener Grass: In the last quarter of 2020 (Oct. 1-Dec. 31), the Austin Police Department made zero arrests for possession of marijuana – the first such instance since the city began releasing quarterly cite-eligible custody arrest reports in 2018. See story online.

Stay or Go? Earlier this week the House Committee on Culture, Recreation & Tourism discussed House Bill 1186, by state Rep. Rafael Anchía, D-Dallas, which would remove or rename Confederate monuments in or around the Texas Capitol. The bill remained pending in committee as of April 19.

Manhunt Comes to End: Stephen Broderick was arrested Monday, April 19, less than 24 hours after Broderick allegedly shot and killed his ex-wife, his teenage stepdaughter, and the stepdaughter's boyfriend in a Northwest Austin parking lot Sunday afternoon. Broderick resigned last year from his position as a Travis County Sheriff's Office detective after he was arrested and charged with sexually assaulting a child.

The Kind Move: Sexual health and wellness provider Kind Clinic has opened a new location in North Central Austin at 101 W. Koenig. The 5,036-square-foot clinic will replace Kind Clinic's Central location on W. 40th and is more than double its size.

Maybe Expand Medicaid? The U.S. Center for Medicare & Medicaid Services rescinded (for now) the 10-year extension of Texas' "1115 waiver" funding that had been granted by the Trump team, blowing large holes in state health care budgets that would not exist if Texas ended its decadelong hissy fit over "Obamacare." 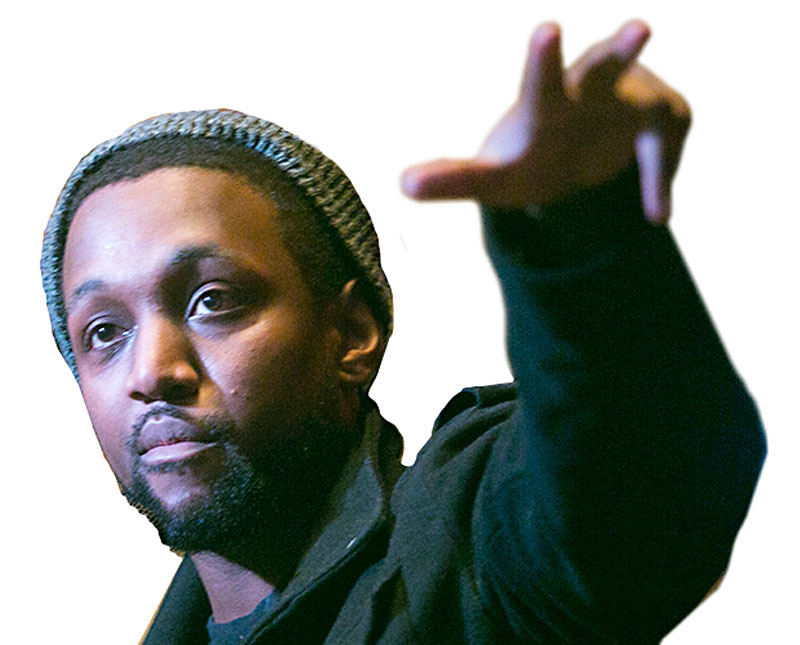 "While we hold this moment as a victory step toward accountability for police, one guilty verdict doesn't absolve the system of the countless other lives that have been taken from us."