The road to rehabilitation begins at Austin Bat Refuge 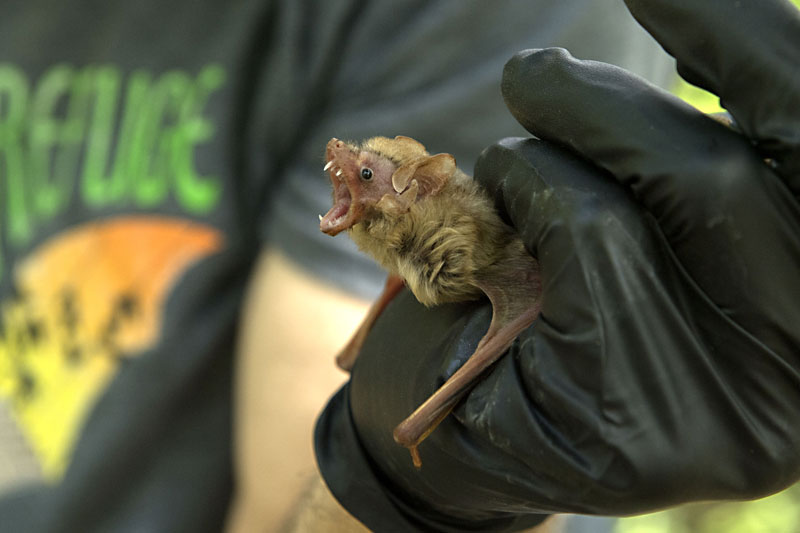 "The bats were just like the rest of us – totally unprepared and caught by surprise. They lost power in their homes, too."

Humans weren't the only residents hurt by the great freeze in February. When Austin's beloved bats returned from their annual hiatus, they were greeted by a rare Texas winter storm that injured and killed an unfortunate percentage of the population. Frozen bats started to fall out of their roosts in local bridges when the cold finally retreated, and the battle to save these valuable members of the ecosystem began.

The recovery of any local bat in need typically rests on the shoulders of the Austin Bat Refuge, a rehabilitation center run and owned by married couple Dianne Odegard and Lee Mackenzie. The two were able to collect and thaw most of the bats that had fallen from their respective home bridges, but others were frozen beyond redemption.

"We went out to all the local bridges and gathered bats from underneath each one every night. And every morning, it looked like we were never there," Mackenzie says. Still today, the refuge is caring for the astronomical influx of surviving bats that need ongoing rehab in the form of nutrients, water, and flight practice before being released back into the wild. The couple has even set up a camping tent as an "emergency flight cage," giving bats a safe space to practice as they recover.

Odegard and Mackenzie, who have run the refuge together in their backyard for 12 years, typically tend to about 400 bats per year. From the winter storm alone, they've seen 4,000. "It's been a pretty grueling couple of months, honestly. It's just heartbreaking," Odegard says.

Bats aren't just a spectacle to admire as they fly out from under their home bridges every night when the weather is warm – they're essential parts of the local ecosystem, which is why the death toll could have far-reaching effects. Bats are responsible for keeping the mosquito population in check, so mosquito-borne illnesses could increase if bats aren't in full force. Furthermore, farmers won't be getting the free pest control that they're accustomed to, and pesticide use may increase to worrying levels.

Mackenzie says Central Texas will be relatively spared, as it has begun to reach normal seasonal bat averages. However, the couple speculates that the northern geographic range of the bat population may not be as lucky. They cite data gathered from a unique bat tracking radar they use regularly at the refuge.

The Austin community has ardently responded to the needs of their tiny flying neighbors. When Austin Bat Refuge asked the public for donations of syringes to aid in feeding and rehydrating the bats, they received thousands in return. "We were absolutely blown away by the response from the community," Odegard says.

On top of rehabilitating frozen bats, the two are also expecting a problem specific to one species in the near future. Yellow bats often establish their roosts in palm trees, which were largely destroyed during the storm.

The Parks and Recreation Department has begun to remove dead palms, as the potential for tree collapse poses a threat to the human and bat community alike. Odegard and Mackenzie expressed that they would love to hear from anyone with sturdy, surviving palms on their property who would also be comfortable hosting a bat or two in their vacant fronds.

While the load has calmed, Mackenzie says that the refuge won't be in the clear until all bats affected by the storm are released. "We're mourning our losses but also celebrating our victories, and that's the only thing that really gets us through this."