After Years Sheltered From ICE by Local Churches, Immigrants Get Reprieve

Trio of refugees granted stays of removal for the next year 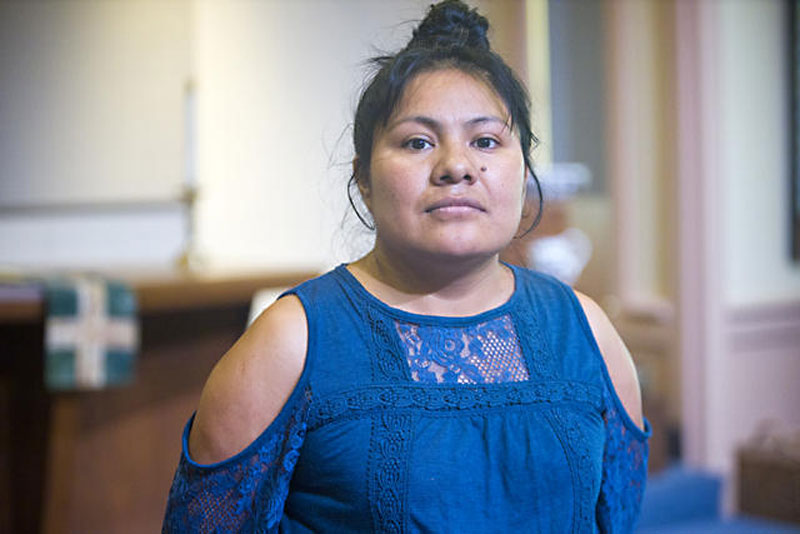 Every knock on the door and every siren heard outside was a potential trigger of "horror" for undocumented immigrants living in sanctuary at Austin's St. Andrew's Presbyterian Church and First Unitarian Universalist Church. Even in refuge, Alirio Gamez, Hilda Ramirez, and Ramirez's son, Ivan, were constantly "haunted" by the threat of deportation by U.S. Immigration and Customs Enforcement, say those close to them. After years of fighting for their freedom, Ramirez and Gamez – who spent most of their time battling deportation under the zealously anti-immigrant Trump administration – were recently granted stays of removal for the next year, a major victory for the local sanctuary movement.

"I feel a great sense of relief that I can leave the church without fear of being deported," said Gamez during an Austin Sanctuary Network press conference last week. "I feel happy that I'm finally able to return to almost normal life. But in Texas, we cannot trust immigration, we need something in writing, and we want to continue to fight for something more permanent."

The past five years have been a "roller coaster" between "horror and hope" for Ramirez and her son, said the Rev. Jim Rigby of St. Andrew's. A Guatemalan who fled death threats and domestic violence with her now-15-year-old son, Ramirez was among the sanctuary leaders across the U.S. who were targeted for reprisal by ICE. The agency fined her the exorbitant sum of $300,000 in 2019 for "willfully" failing to deport, as the Chronicle previously reported, in what advocates describe as an intimidation tactic. Her attorneys continue to challenge the fine, now reduced to $60,000. It was later revealed through a Freedom of Information Act lawsuit that ICE surveilled and deliberately targeted outspoken immigrants who have taken sanctuary in churches, in a years-long plan by former White House policy adviser Stephen Miller, whom advocates say intended to use the egregious fines to help fund Trump's U.S.-Mexico border wall.

“I feel a great sense of relief that I can leave the church without fear of being deported.”– Alirio Gamez

"They came here pursuing the American dream and instead lived a nightmare," said Rigby of the trio of sanctuary seekers. "It is our prayer this temporary measure will be the first step toward actual freedom and justice for them."

Even in the confines of the church, Ramirez and her son were not fully removed from danger, said Rigby. Following the January 6 attack on the U.S. Capitol, a man wearing buffalo horns beat the exterior of the church and poured gas on the surrounding trees, attempting to burn the safe haven down. His actions were politically motivated, said Rigby.

The stay of removal is bittersweet for Ramirez because her son still holds a deportation order, but Ivan does qualify for a special immigrant juvenile visa. "I'm very happy that I'm at least able to go outside as I have always dreamed of," she said. "And I'm happy that I can go and see my son play soccer and take him to the park, but I know that the fight for us continues. I have fought many years to keep us together, and I will keep fighting to make sure our family is not separated."

Immigration advocate Carmen Zuvieta attributes the victory to grassroots groups and volunteers who pressured Congress when local ICE officials refused to stay the deportation orders even after President Biden took office. The next steps for advocates are to secure work permits for Ramirez and Gamez and to push congressional allies like U.S. Rep. Joaquin Castro, D-San Antonio, to continue to support efforts to pass a private bill (that is, one that applies to individuals or a group rather than all constituents) that grants them permanent resident status.