What’s on the Ballot? 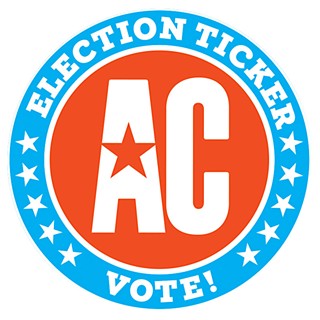 Seven of the eight propositions (all except Prop B) would amend the Austin City Charter, which can only be amended by election every two years – a state law provision that, by a matter of days, made the APR amendments (Props D-H) ineligible for the November 2020 ballot. Other than Prop C, placed on the ballot by Council vote, all the May 1 ballot measures originated as citizen initiatives.

Prop A: Charter amendment allowing the Austin Fire­fighters Association to force the city into binding arbitration if they reach an impasse in collective bargaining.

Prop B: Code amendment prohibiting public camping, in addition to sitting or lying down on a public sidewalk or sleeping outdoors in and near Downtown and the UT-Austin area.

Prop C: Charter amendment permitting City Council to appoint or remove the director of the Office of Police Oversight.

Prop E: Charter amendment creating ranked-choice voting for city elections. If it passed, voters would rank candidates instead of voting for just one candidate.

Prop F: Charter amendment changing Austin's form of government from "council-manager" to "mayor-council," also known as "strong mayor." If passed, this would eliminate the city manager position; the mayor would not have a vote on Council but would have the authority to veto Council decisions.

Prop G: Charter amendment creating an 11th City Council district. Because the mayor would be rendered a non-voting member of Council if Prop F passed, an 11th single-member district was included by APR in its proposed text for Prop F, in an effort to avoid potential 5-5 deadlocks on Council. However, because Prop G is a standalone proposition, it is not dependent on Prop F's passage or failure, so we could wind up with 12 Council members.

Prop H: Charter amendment creating a so-called "Democracy Dollars" public campaign finance program that, if passed, would provide up to two $25 vouchers to every registered voter who could then contribute them to candidates for city office.