Unlikely Allies Unite to Beat Up on "Strong Mayor" Plan As the May 1 special election approaches, campaigning continues to heat up both for and against the package of "pro-democracy" charter amendments – Propositions D through H – brought to the ballot as citizen initiatives by Austinites for Progressive Reform. By far the most energy is being generated by Prop F, the proposal to replace Austin's current council-manager system of government with a mayor-council system, in which the "strong mayor," rather than an appointed professional city manager, functions as the city's chief executive. Since January, unlikely allies have united in alarm to defeat Prop F, including the By the People ATX coalition of labor unions and advocates; the Austin for All People campaign of centrist community leaders and business owners; nearly all the city's main environmental groups; and nearly all of the current City Council as well as three former Austin mayors.

Nevertheless, APR campaign manager Jim Wick, who also managed Mayor Steve Adler's two successful campaigns, is still optimistic: "We're knocking on a lot of doors, about 1,000 a day, [and] voters are really receptive," although not all of them know the election is happening. "A lot of our work is on voter education." Austinites For Progressive Reform's Jim Wick (Photo by John Anderson)
“Two-thirds of the 20 largest cities in the country have a strong mayor system; the federal system possesses a veto. It’s actually not an unusual feature of government.” – APR Campaign Manager Jim Wick

Some of this is to assuage concerns about how much power a future strong mayor could wield; the ballot language highlights how "no articulated or stated charter authority" would require the mayor to implement Council decisions, and that the mayor would have "veto power over all legislation [adopted by Council] which includes the budget." However, Wick notes that the Council under APR's plan would be able to override most vetoes with a two-thirds majority. "It doesn't mention the veto override. We just explain it truthfully ... two-thirds of the 20 largest cities in the country have a strong mayor system; the federal system possesses a veto. It's actually not an unusual feature of government."

The veto remains a deal-breaker for many opponents, though. "[Prop F is] undermining people of color, by diminishing ... the voices of the City Council members who represent diverse communities," says Ana Gonzalez, policy director for the Workers Defense Action Fund. WDAF works in other cities in Texas that have strong-mayor systems, Houston being the largest; Gonzalez says that in Austin's current 10-1 system, with a city manager and district representation, Council members whose votes have the same weight as the mayor's are more receptive to constituent issues unique to their districts.

Other opponents fear a strong mayor's "sole authority to hire and fire most department heads and direct staff," as the ballot language describes it. Jeremy Hendricks of LiUNA (Laborers' International Union of North America), which like WDAF is part of the By the People ATX effort, predicts a "patronage system." Longtime environmental organizer David Foster of Clean Water Action warns "if we have a mayor who is out of step with the environmental ethos we've developed, [they] might appoint a head to Watershed Protection who, frankly, doesn't care that much about land conservation."

Opponents also cite what they see as APR's lack of a quality community engagement strategy as a hurdle that's too late for the group to clear now. "Obviously, I'm open to a community discussion," Hendricks says. "[But] getting a handful of millionaires together to handpick what they want to happen ... is not the way we do things."

Nico Ramsey of Austin for All People points to the years of effort put into 10-1, which was also a citizen initiative brought to voters in 2012, after six previous ballot measures to create single-member districts failed; it then took two more years to implement the carefully depoliticized process to draw those districts, then the first 10-1 elections in 2014 with more than 80 candidates. For Proposition F, "there has been none of that," Ramsey says. "What we have are people that are really close to City Hall [with] a lot of money deciding on what's best for our city government." APR says it's participated in 30 forums since January, after having itself hosted 17 sessions last fall as it developed the package and gathered signatures. 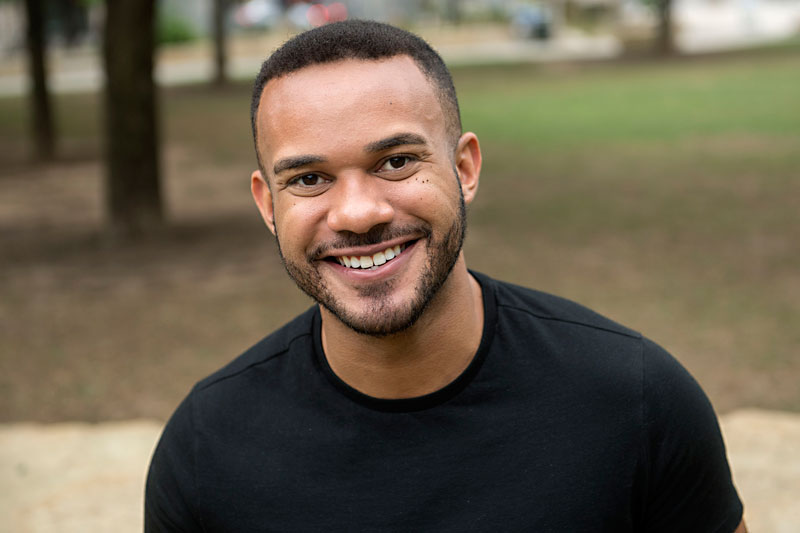 Austin for All People's Nico Ramsey (Photo by John Anderson)

On March 24, Austin for All People held a press conference announcing near-unanimous opposition to Prop F from current Council members (Adler is staying neutral), five of whom spoke to extol the successes of 10-1. "True democracy is representation from all voices across the city, each with equal authority and governance," said Council Member Leslie Pool. "The idea of a strong mayor fixing everything is, well, it's magical thinking."

Pool opposes the entire APR package; By the People ATX and Austin for All People have remained neutral on the rest of the APR amendments, none of which has the organized opposition of Prop F. One of them, the public-financing "Democracy Dollars" program that would be created by Prop H, enjoys support from not only APR but a range of community leaders and advocates, some of whom have come out strongly against Prop F. For example, Susana Almanza, founder of PODER (People in Defense of the Earth and Her Resources), opposes Prop F along with Clean Water Action, Sierra Club, and other environmental organizations. But she supports Prop H, because "the majority of the money [in campaigns] is coming from corporations. We need ... more control in the hands of the people."

“What APR has done is something historic ... [bringing] out a whole lot of folks from diverse backgrounds against this terrible idea.” – LiUNA’s Jeremy Hendricks

The Democracy Dollars proposal, which would grant Austinites two $25 vouchers to direct to candidates of their choice, is modeled after the system used in Seattle. There, people who can't vote but who can contribute to campaigns – including undocumented immigrants, new residents, and the formerly incarcerated – can receive vouchers, but these marginalized groups were excluded from the APR proposal. The group has since expressed its support for two changes proposed by CM Greg Casar, to extend eligibility to all Austin residents and to place a $5,000 limit on self-funding by candidates participating in the program.

Despite Prop F's widespread unpopularity among Austin's progressive community, APR's effort has sparked what even its foes say is a needed conversation about government accountability. "I get where the proponents of the strong mayor are coming from, because they want city staff to be more responsive [to] Council," says Foster. "But I think there might be other ways to do that without investing so much power in this one office."

Hendricks agrees: "What APR has done is something historic ... [bringing] out a whole lot of folks from diverse backgrounds against this terrible idea. The Real Estate Council of Austin, Austin Neighborhoods Council, Central Texas Interfaith, Save Our Springs are all opposed. I don't think you'll ever see these groups agree on something again in Austin. What has changed is there is a conversation to be had about the future of our city government."