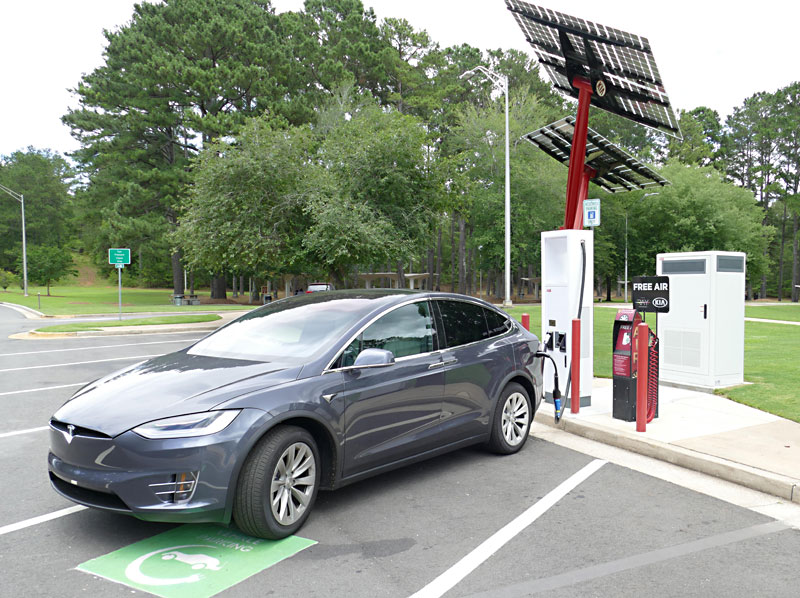 A car buzzes south down MoPac as freezing rain pings on its roof. The car, an electric pickup, is low on charge, but its driver is unfazed. Why? She knows the road is actually charging her car through its solar-­powered dynamic wireless charging system.

As she passes the 35th Street exit, she hits a slick patch of road covered in ice. The car momentarily skids before steadying itself. Immediately, the car communicates that it lost control to the Central Texas Regional Mobility Authority, developer of many of the region's toll roads. The CTRMA then beams a message picked up on the infotainment screens of cars heading south on MoPac: "Icy road conditions near the 35th Street exit. Drive safe."

Through a partnership announced last month with a Georgia-based group called the Ray, Central Texas transportation agencies aim to bring the above scenario closer to reality. The Ray plans to help its Austin-area collaborators – including CTRMA, the city of Austin, and the Texas Department of Transportation – improve local autonomous and electric vehicle infrastructure and implement more solar technology.

Electric vehicles are about to become ubiquitous, says Allie Kelly, executive director at the Ray, with affordable models from General Motors set to join products from Chevrolet, Kia, Hyundai, and Nissan in the market. These vehicles use the same EV charging infrastructure as premium Teslas and Polestars and Porsche Taycans. Additionally, new all-EV startups competing with Tesla, such as Rivian and Lucid, have emerged to offer sports cars, SUVs, and trucks. The Ray intends to help the Austin area build out its EV infrastructure with, among other things, wireless charging stations – either stationary, which could be solar-powered, or dynamic strips of roadway that charge cars as they go. Making use of the roadway to generate power is also a focus of CTRMA and the Ray, which sees "solar trees" as a particularly exciting opportunity.

Laura Rogers, director of strategic partnerships at the Ray, said, "We have a solar tree that's connected to our 175-kilowatt DC fast charger, and that is one innovation that we are also looking to bring to the Austin area." The devices can not only generate clean energy, but provide shade for walking and cycling routes and potentially bring in revenue for roadway operators like CTRMA from solar power sales.

Those revenue streams will be increasingly important in future mobility systems, because the shift to EVs, while a necessity for climate action, means dwindling funds from fuel taxes to pay for road building and maintenance. Shifting to fees charged to drivers based on usage – whether a vehicle miles traveled charge or tolls on specific roadways – is what many transportation agencies would like, but those fees are hard to collect with current technology. In addition to improving road safety, autonomous and connected vehicle tech offers a potential revenue solution.

Shifting to fees charged to drivers based on usage – whether a vehicle miles traveled charge or tolls on specific roadways – is what many transportation agencies would like, but those fees are hard to collect with current technology.

Right now, says Steve Pustelnyk, community relations manager for CTRMA, some drivers obscure their license plates to evade toll fees. The billing system also relies heavily on data from the Texas Department of Motor Vehicles, which is often inaccurate, leading to misdirected bills and unnecessary late fees. "We don't like charging customers more than the toll," Pustelnyk said. Connected vehicles could communicate directly with the agency with the vehicle ID number of a car as it enters and exits a tolled roadway, which could allow drivers to pay instantly.

There are levels of automation between today's average car and the long-promised self-driving, fully autonomous vehicles of the future, where cars "can do a lot of communication with other vehicles, with [sensors on] the roadside, or with the driver to make that car safer and to operate more effectively," Pustelnyk said. For example, connected vehicles could communicate if a car's wipers are on, if people are braking hard in a certain area, car speed, and location.

"The kind of data that connected vehicles are automatically broadcasting is validated data from the car's computer, and frankly, it doesn't get better than that," said Kelly. The safety implications also extend beyond the roadway, to pedestrians, bicyclists, and emergency responders; for example, a fire engine rushing to a call could ensure that traffic lights turn green along its route.

All these changes will probably take longer for the public to accept and adopt than it will for the technology to be deployable, as debate continues over data privacy, transitioning from fossil fuels and combustion engines, and satisfying fears that autonomous vehicles will always be dangerous. But Kelly says the Ray is willing to be patient to ensure widespread change is implemented the right way. "When the public is ready, and when the private sector provides the product, our infrastructure will be ready." 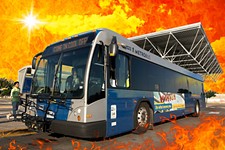 Cap Metro Pitches in as Mobile Cooling Center
As temperatures rise, bus stops serve as shelter from the sun