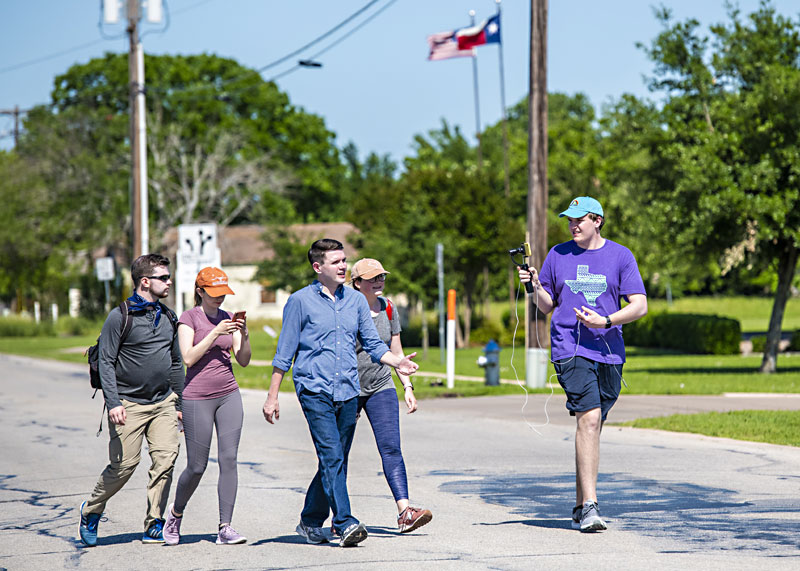 Rep. James Talarico was diagnosed with Type 1 diabetes after being hospitalized following a 2018 campaign event where he walked 25 miles across Williamson County. (Photo by David Brendan Hall)

Last week state Rep. James Talarico, D-Round Rock, announced bipartisan support for his legislation to cap out-of-pocket costs for insulin at $50 per month. HB 40 is one of several filed this year across the country in response to continued price increases for the drug 10 million Americans rely on to control their blood sugar.

At his April 6 press conference, Talarico – at 31, the youngest member of the Texas House – revealed publicly that he's living with Type 1 diabetes following a close call on the 2018 campaign trail. Three years ago, he got the diagnosis after landing in intensive care following a campaign event in which the candidate, supporters, and staff (and, for part of the journey, the Chronicle's Mike Clark-Madison and David Brendan Hall) walked 25 miles across Williamson County. "Even with health insurance, I paid $684 for my first 30-day supply of insulin," recalled Talarico, noting that some diabetic patients pay upwards of $1,000 per month for the drug.

A 2020 report by the Commonwealth Fund found that insulin prices in the U.S. increased 15 to 17% each year between 2012 and 2016. Newer, more effective forms of insulin are more expensive than older forms, and some insulin-dependent patients' monthly requirements exceed what's covered by their insurance. HB 40 would limit costs for patients regardless of the amount or type of insulin prescribed. In 2019, Colorado became the first state to enact insulin pricing legislation; just this week, Oklahoma lawmakers sent a bill to Gov. Kevin Stitt's desk capping the cost of 30-day supplies of insulin at $30.