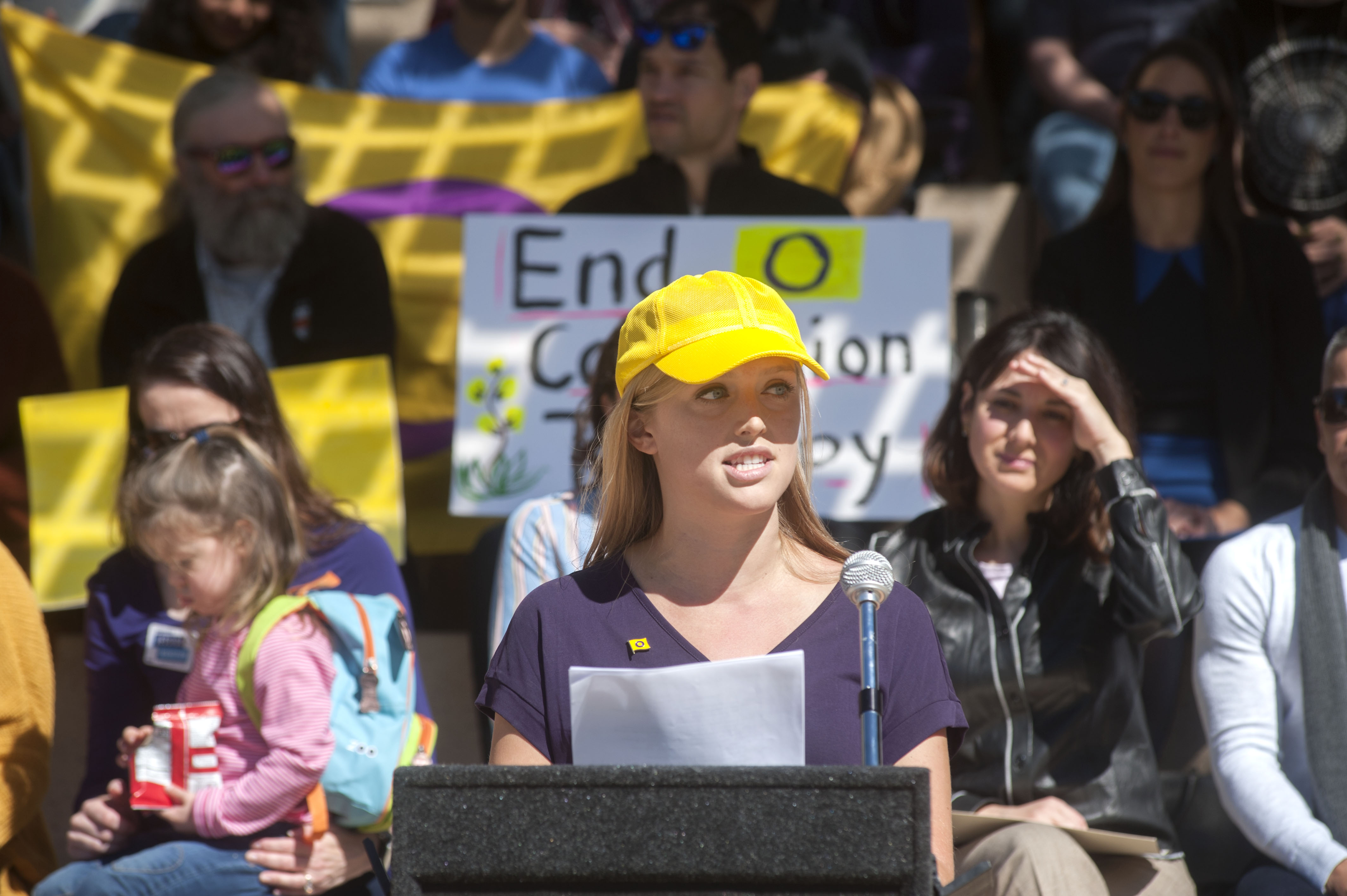 With the last day of the 87th Texas Legislature six weeks away, some of this session's record-breaking number of anti-LGBTQIA bills are starting to move. On Monday, April 12, back-to-back testimony on two bills targeting trans and intersex youth dominated the Senate Committee on State Affairs.

Senate Bill 1646 (by Sen. Charles Perry, R-Lubbock) would codify any gender-affirming care, including hormone replacement therapy and surgical procedures, for minors as child abuse under state law, effectively making it illegal for parents to seek such care for their children. This year, Perry has latched onto Republicans'latest moral panic over trans youth – especially trans girls in school sports – that's unfolding across legislatures nationwide; the lawmaker is also carrying SB 29, targeting trans student-athletes, which the full Senate passed on a party-line vote on Wednesday, April 14, as the Chronicle went to press.

Sharing the false and bigoted premise of SB 1646 – that gender-affirming care worsens instead of improves kids' mental health – is Senate Bill 1311, by reliably anti-LGBTQIA Sen. Bob Hall, R-Edgewood, which aims to bar physicians and other health care providers from delivering gender-affirming care for minors or receiving insurance payments for such treatments. (The 79-year-old East Texas Tea Party activist has been among the most determined, though not successful, champions of anti-LGBTQIA legislation at the Lege since he upset a marginally less conservative incumbent in 2014.) If enacted, SB 1311 would allow the Texas Medical Board to revoke the licenses, certifications, or authorizations of providers who violate its provisions.

While the backers of these and other bills have largely focused on the threat they ascribe to trans children, the measures also have dangerous implications for intersex youth. As local advocate Alicia Roth Weigel, who is intersex, told us before testifying at Monday's hearing, SBs 1646 and 1311 make exceptions for medically unnecessary procedures on children born with intersex traits. "There is a literal loophole written that says that while they want to block transition care for trans kids, it's fine for intersex kids. ... They're basically saying that if trans kids want this care, don't give it to them – but even if intersex kids don't, force it on them."

"As you listen to the many voices of trans folks and allies in this room, I urge you to also hear and respond to the intersex community, our needs, and our rights," Weigel told lawmakers Monday. "Denying trans folks medical care while forcing the exact same care on intersex kids who don't even ask for it? I'm sorry, that's just ludicrous."