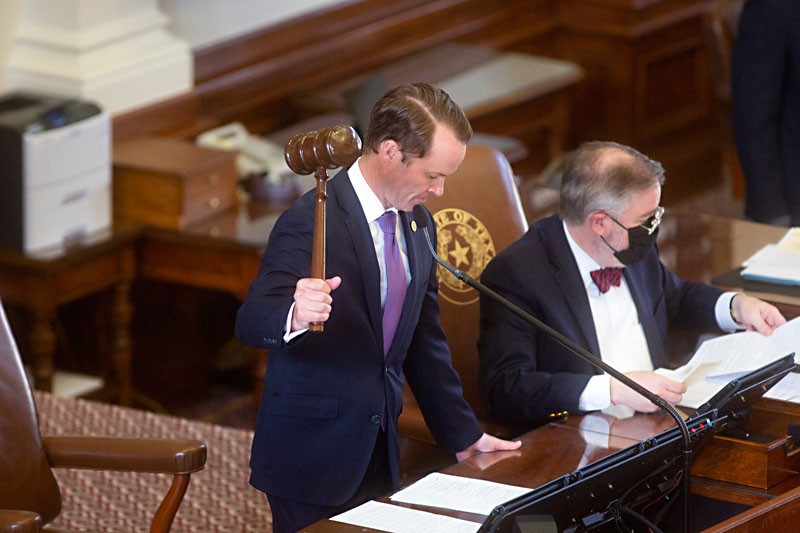 Texas Speaker of the House Dade Phelan (R-Beaumont) presides over a House of Representatives hearing at the Texas Capitol on Thursday, April 8. (Photo by Jana Birchum)

Masks Still Mandated: Austin's Health Authority Rules, which require residents to wear face masks, have been extended through May 18. Updates to the rules permit schools to decrease the minimum spacing between students in classrooms from six feet to three feet, except when Austin is in Stage 5 of Austin Public Health's COVID-19 Risk-Based Guidelines.

Blaze the Vote: The deadline to apply for voting by mail in the May 1 special election is Tuesday, April 20. See our VBM FAQ, early voting (April 19-27) info.

Help and Homes: Mobile Loaves & Fishes announced the next two phases of its Community First! Village, which will add 1,400 homes for unhoused Austinites. The project, which is expected to be begin development in summer 2022, will span two separate sites in East Travis County: 51 acres across Hog Eye Rd. from CF!V's original site and 76 acres on Onion Creek off Burleson.

No Help, No Homes: This week the Texas Senate Committee on Local Government heard Senate Bill 987 by Sen. Dawn Buckingham, R-Lakeway, which would establish a statewide public camping ban and impose fines and penalties for camping in a public place.

Living in Sanctuary: Hilda Ramirez and Alirio Gamez have won one-year stays-of-removal. Gamez and Ramirez, both asylum-seekers from Central America, have been living in Austin-area churches for years in fear of being deported by Immigration and Customs Enforcement. Ramirez's son, Ivan, still has a deportation order despite qualifying for a Special Immigrant Juvenile Visa, according to Austin Sanctuary Network.

Care for Kiddies: The Texas Children's Hospital released the first renderings and official address for its new, 52-bed hospital in North Austin located at 9835 Lake Creek Pkwy. Set to open in 2024, the $458 million project is TCH's first freestanding hospital outside of Houston where it's headquartered.

False, Fearmongering, Fauxrage: The so-called "Austin Coalition to Protect Public Safety" announced its opposition to Austin's "Reimagine Public Safety" efforts to reinvest Austin Police Department funding into other public safety measures. The newly formed GOP-aligned group has (falsely) suggested that Austin's homicide rate increase is a consequence of APD budget cuts, despite there being no clear evidence that is, in fact, true. 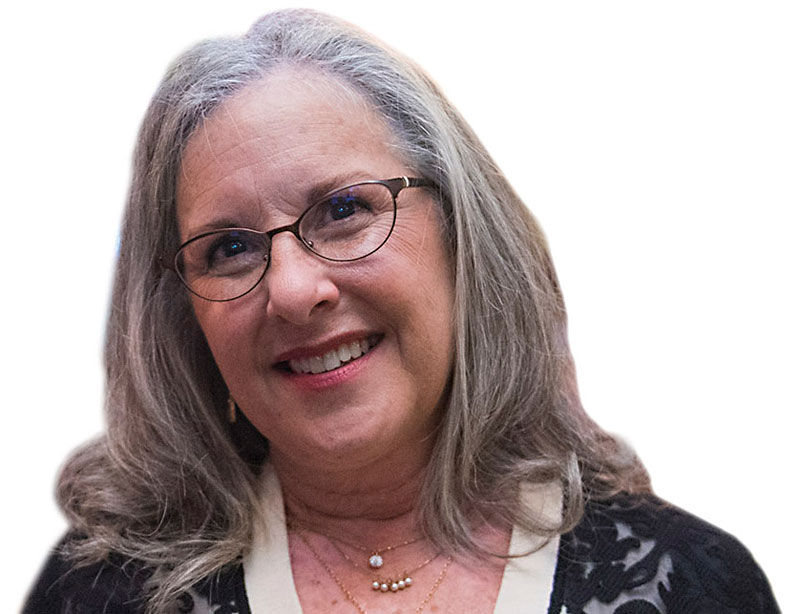 "The idea of a strong mayor fixing everything is, well, it's magical thinking."