Westside Residents Turn to Lege to Escape From Austin 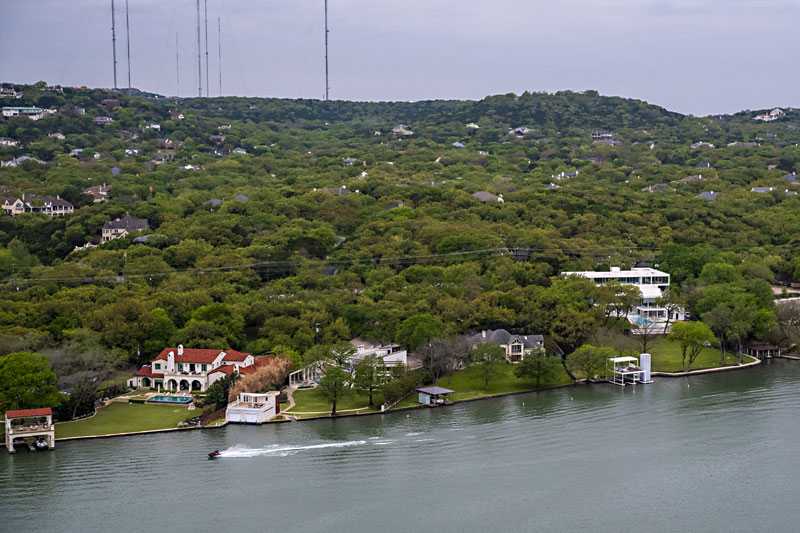 Sen. Dawn Buckingham's SB 1499 would allow the Lost Creek neighborhood to disannex itself from Austin (Photo by David Brendan hall)

Homeowners living in some of the city's priciest lakeside properties are banking on anti-Austin sentiments at the Capitol to let them ditch the city's tax roll. Lake Austin shoreline homeowners, recently un-exempted from city taxes, want to remove themselves from the city by petition (Senate Bill 659 and House Bill 1653); the West Rim neighborhood is taking a second run at the same petition process (HB 2776); and the Lost Creek neighborhood wants the Texas Legislature to remove it from the city straight away, with no petition or Council vote (SB 1499 and HB 3827).

“I’m here today because I feel like the city of Austin is ultimately stealing from us. They have no problem taking our taxes. But they have a problem protecting us.” — Lost Creek resident Brittany McFarland

With so much anti-Austin sentiment out there, it's hard to believe a major employer like Tesla or Apple would ever choose to move to town, a point made by Mayor Steve Adler during a Tuesday Council work session. People choose to move to Austin because Austin is unique, he said. "If they don't come to Austin, it's not like they go to Houston or to Dallas. They go somewhere out of state. Houston, Dallas, San Antonio, Ft. Worth, Corpus Christi, El Paso – all wonderful cities, but all are very different, and in that difference there is real strength."

Lost Creek residents who want to be disannexed – and this is a subdivision that spent $400,000 and a decade losing its annexation fight against the city – argued that fire and police services have decreased since annexation. Residents say they rarely see police officers patrolling their 1,200-home neighborhood, and they fear the potential for homeless encampments near schools. "I'm here today because I feel like the city of Austin is ultimately stealing from us. They have no problem taking our taxes. But they have a problem protecting us," Brittany McFarland testified during a House committee hearing on April 6. "I've lived in the neighborhood for five years, and I have not once seen an [Austin Police Department] officer." 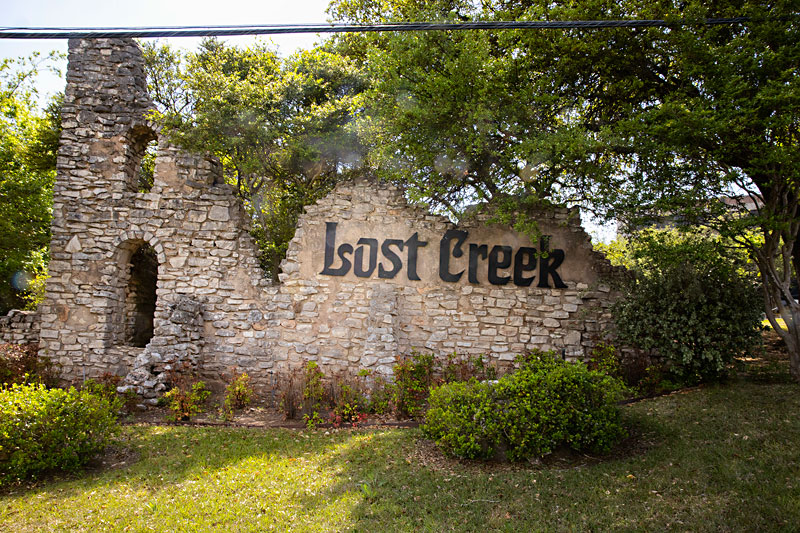 Sen. Dawn Buckingham’s SB 1499 would allow the Lost Creek neighborhood to disannex itself from Austin (Photo by Jana Birchum)
“I don’t mean to minimize anybody’s personal experience ... but it’s not new. There’s always been some crime, and there always will be some crime.” —Lost Creek resident Mark Stevenson

Other women testified – sometimes quite emotionally – to robberies and burglaries that had occurred in their homes, and the traffic that had sped down their streets. Their sentiments resonate with right-leaning, freedom-loving lawmakers from out of town, who have deplored Austin's homeless encampments and scorned its approach to public safety.

"Neither the House nor the Senate sponsor represents our neighborhood," said Lost Creek retiree Mark Jones, who opposed the bill. "They simply wrote a very sketchy bill that does not state a reason or need for its passage, nor do they address any of the consequences should it become law. It's just lazy political meddling in somebody else's district."

Bypassing Austin's City Council to protect its members and their friends is a long tradition at the Texas Legislature. As far back as 1999, then-Rep. Ron Wilson of Houston tried to circumvent the closure of the city's airport (now the Mueller neighborhood) for his own flying convenience and that of fellow members who liked to use the state's now defunct private jet service. Also at play, at least in Lost Creek, is what one might call the "NextDoor effect;" crime reports that used to be consigned to a monthly neighborhood newsletter are now being collected, circulated, and recycled on an hourly basis.

"When I first became president, it was pretty routine that I would get notified from the sheriff's department to please remind our residents to lock their cars and take their possessions out of their vehicles. To close their garages because there would be property crimes of convenience," said former Lost Creek neighborhood leader Mark Stevenson. "I don't mean to minimize anybody's personal experience ... but it's not new. There's always been some crime, and there always will be some crime." The House bills remain pending in the Land and Resource Management Committee, chaired by Rep. Joe Deshotel, D-Beaumont, author of the West Rim bill.

Lost Creek got even less sympathy from City Council members at Tuesday's work session. Council Member Greg Casar, who pushed for returning the long-exempted Lake Austin properties to the tax rolls, noted that people in the city's highest-priced homes still have an obligation to pay property taxes like everybody else. CM Pio Renteria suggested it might be time to pull the city's funding of improvements to Loop 360, which connects Lost Creek to the wider world. And CMs Paige Ellis and Kathie Tovo both cited the city's extensive spending on Lake Austin and its shores, for water quality protection, erosion control, and maintaining public open space, which clearly benefited the lakeside communities.

A version of this article appeared in print on April 9, 2021 with the headline: Get Out of Town!