Live music ecosystem continues to fight the power (and COVID) 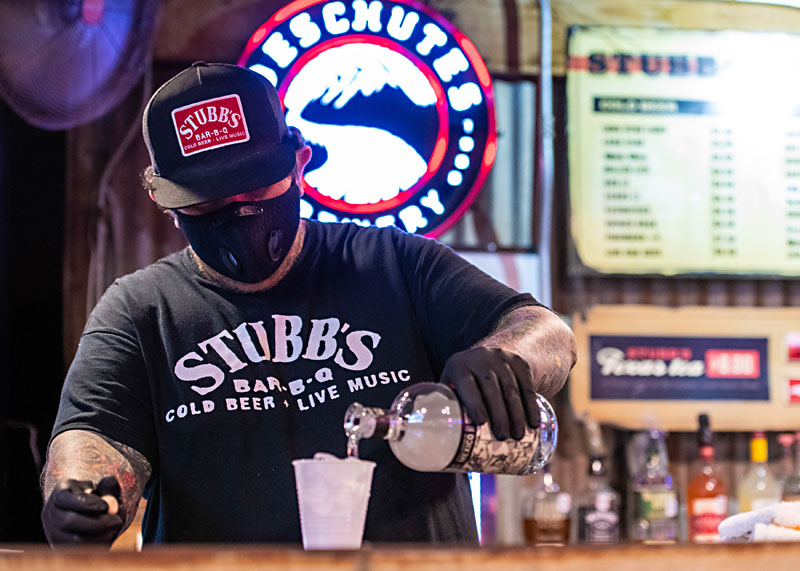 Throughout the COVID-19 crisis, Austin's ecosystem of independent live music businesses – particularly those catering to ticketed shows or bands playing original material – have mostly held themselves to stricter standards of masking, sanitization, employee testing, and social distancing than other bars and clubs and have encouraged patrons and fans to do the same. That's continued this week, as Gov. Greg Abbott's rush to declare Texas "open and free" failed to compel powered-down venues such as Continental Club, Elysium, Mohawk, and Flamingo Cantina to defy the advice of medical experts. Abbott's recklessness has further cemented the bizarre pandemic paradigm in which being careful and trying to save lives has become an act of rebellion against authority.

Cody Cowan, executive director of the Red River Cultural District, described the mood among his constituents in the days following Abbott's announcement that the state's mask mandate and capacity restrictions would be lifted March 10: "I could tell that people were on the edge of their seats, like, 'My God, is this whole year just down the drain after all the sacrifices I made? Who do I even trust anymore?' There was a need for someone to stand up and say, 'No, we're not doing that.'"

The day Abbott's new orders took effect, Cowan's organization released its "Safe in Sound" pledge, with commitments from more than 30 music entities, including several high-profile venues and cultural arts spaces. The pledge calls for accommodating 6 feet between groups, requiring face coverings for employees and patrons, providing sanitization products, training employees for safety, requiring staff with high temperatures or other potential COVID-19 symptoms to stay home, and daily sanitizing of all business facilities and high-touch areas. By Monday, another dozen businesses had joined in.

The pledge may be more performative than practical for some participants, but doubling down on community-minded caution comes at a particularly desperate time for music clubs. This week, for the second year in a row, venues and their production partners are missing the economic boost provided by (a physical) South by Southwest. The significant dollars in Austin's Live Music Venue Preservation Fund have yet to be disbursed, and many club owners are scraping to make payments on the big property tax bills that hit in January.

Cowan says he's proud of how live music businesses have maintained their solidarity to promote community safety. "I think venues and music people and musicians have gotten a bad rap by society as being drifters, outsiders, and ne'er-do-wells," he told us. "So it's really cool to see folks be civic leaders in the sense of public health and in terms of public messaging.

"I'm kind of a dreaming dreamer, but I feel like all of us in the music business – whether we're bartending or running a club or playing on stage – come from a similar place of core values, a deeply empathetic place where we sincerely care about each other," continues Cowan, who notes a similar pledge had been championed in Tampa's Ybor City music district after Florida abandoned pandemic restrictions. "Especially for the venues, who have largely decided to be closed or to be as strictly disciplined about public health protocols as possible, it's a sense that 'I can't have anyone's body on my conscience so we can't do the wrong thing.' I always laugh, like, when did we become the parents in the room?"

What do some of Austin’s front-line musicians think of Abbott’s antics? Check out Rachel Rascoe’s “Faster Than Sound” column.