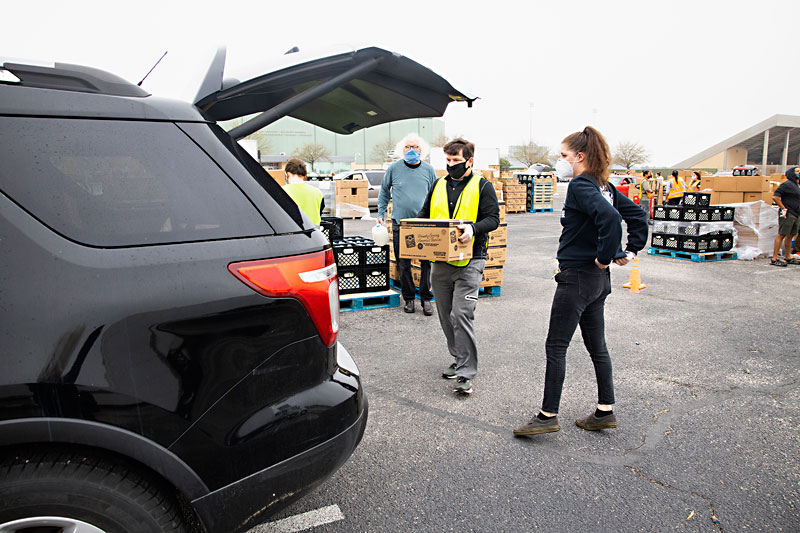 On Tuesday, March 16, volunteers with the Central Texas Food Bank distributed groceries to residents at one of the agency’s mass emergency relief food distributions at the Toney Burger Center in Southwest Austin. Info on volunteer opportunities, as well as mobile food pantries, hot meals, and grocery relief, is available at www.centraltexasfoodbank.org. (Photo by Jana Birchum)

Bertha Sadler Means, an Austin civil rights leader, died on Tuesday, March 16, at 100 years old. The namesake of AISD's Bertha Sadler Means Young Women's Leadership Academy, Means was a lifelong educator and protested to end segregation in local schools. She helped co-found St. James' Episcopal Church in East Austin, in addition to serving on many city commissions throughout her life.

Spring of Risk: Austin and Travis County have dropped back down to Stage 3 of Austin Public Health's COVID-19 Risk-Based Guidelines, as of March 13 (exactly one year since health officials confirmed the first case of COVID in Austin). This is the first time Austin's entered Stage 3 since last November; under the new guidelines, everyone – regardless of risk level – are encouraged to avoid social gatherings greater than 10 people and adhere to social distancing.

But Don't Forget: Face masks are still being enforced at local businesses until at least March 26, in accordance with Interim Health Authority Dr. Mark Escott's Health Authority Emergency Rules. Texas Attorney General Ken Paxton followed through on his promise last week to sue Austin over its local mask mandate, which will be heard in court next Friday. Read more.

Nope, Nope, Nope: Austin Mayor Steve Adler, City Council Member Greg Casar, and former Congressional candidates Mike Siegel and Julie Oliver, among others, have all endorsed the newly launched "No on Prop B" campaign. Brought forth by Save Austin Now, Prop B is a May 1 ballot initiative that, if passed, would reinstate the local public camping ban.

Texas' War on Planned Parenthood: Last week a state court ruled that Texas is allowed to block Planned Parenthood from the state's Medicaid program, which has been long sought by state officials. In the past year, 8,000 patients eligible for Medicaid visited a Planned Parenthood center for birth control, cancer screenings, STI testing and treatment, and other preventive services.

Face to Face: In-person inmate visitations at the Travis County Jail have resumed as of Tuesday (March 16), pursuant to Gov. Greg Abbott's GA-34 executive order. Guidelines and schedules are posted on the Travis County Sheriff's Office website at www.tcsheriff.org.

Get Help Now: The city's updated Relief of Emergency Needs for Tenants (RENT) Assistance Program is now accepting applications for direct rent support for local renters who have been financially impacted by the pandemic. For eligibility requirements and application assistance, visit www.austintexas.gov/rent, email AustinRENT@cvrassociates.com, or call the RENT Call Center at 512/488-1397 between 8am-6pm every weekday. 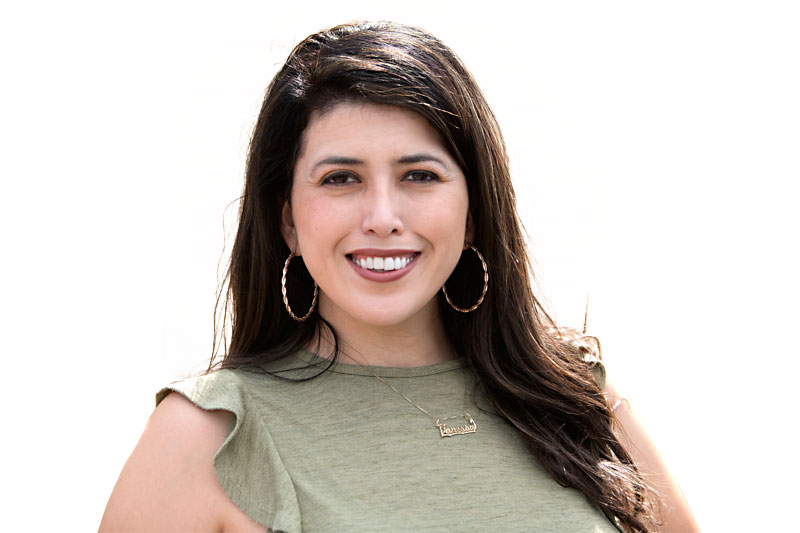 "We should have been more proactive and planning for vaccine distribution."