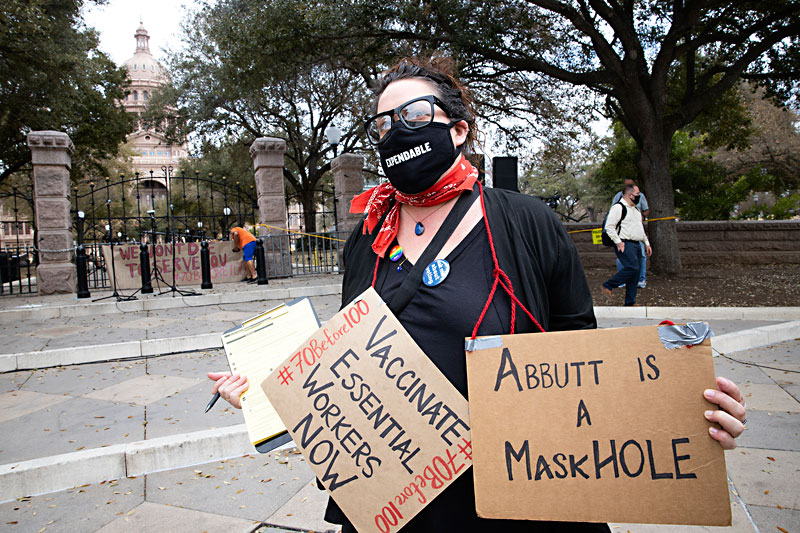 Service industry workers rallied outside the Texas Capitol on Monday, March 8, to demand that Gov. Greg Abbott not lift the statewide mask mandate and not reopen businesses at full capacity until at least 70% of essential service workers are vaccinated. The protest was organized by the Austin chapter of the Democratic Socialists of America, Austin DSA's Restaurant Organizing Project, and Amplified Sound Coalition ahead of state COVID-19 restrictions lifting on Wednesday, March 10. (Photo by Jana Birchum)

APD Officer Chris Taylor has been indicted by a Travis County grand jury for first-degree murder in the 2020 killing of Michael Ramos. Ramos, a Black and Latino man, was unarmed and fleeing in his vehicle when Taylor shot him. The fatal shooting, which was captured on video by bystanders, sparked outrage and led to activist groups calling for the resignation of Austin Police Chief Brian Manley and city leaders.

SXSW Is Here: Austin's South by Southwest Festival returns March 16-20 for a week of online-only programming featuring keynote speakers, film & TV screenings, music, and – unique to this year – SXSW Online XR. Check out our SXSW Online 2021 preview, and follow our coverage at austinchronicle.com/sxsw.

Endorsements Here, There: Four national pro-democracy orgs – the Democracy Policy Network, FairVote Action, More Equitable Democracy Action, and RepresentUs – have endorsed local ballot measure Proposition E, which, if passed, would create ranked choice voting for city elections. Prop E is one of five propositions brought by a citizen-initiated petition from the Austinites for Progressive Reform PAC that will go before voters in the May 1 special election.

Accountable to Whom? A report released by the University of Texas at Austin found that the intent of its alma mater song, "The Eyes of Texas," was "not overtly racist," despite describing the song's origin – its debut at a minstrel show organized to raise money for UT's track team, where white student singers "most probably" wore blackface – as a "painful reality."

Tell It to the Board: The Austin ISD Board of Trustees meets today (March 11) for its regular information session, where trustees will be briefed on several noteworthy items from district staff, beginning with an update on AISD's special education system. Staff will also share presentations on student enrollment trends (AISD's 2020-21 enrollment dropped by nearly 6,000 students from the previous school year), the district's financial condition, and campus staffing formulas.

You Live Here You Gave Here: Over 30,000 donors raised more than $12.5 million for 686 participating nonprofit organizations as part of this year's Amplify Austin Day. Hosted by I Live Here I Give Here, Central Texas' biggest day of giving has raised $81.5 million for Central Texas nonprofits over the past nine years. 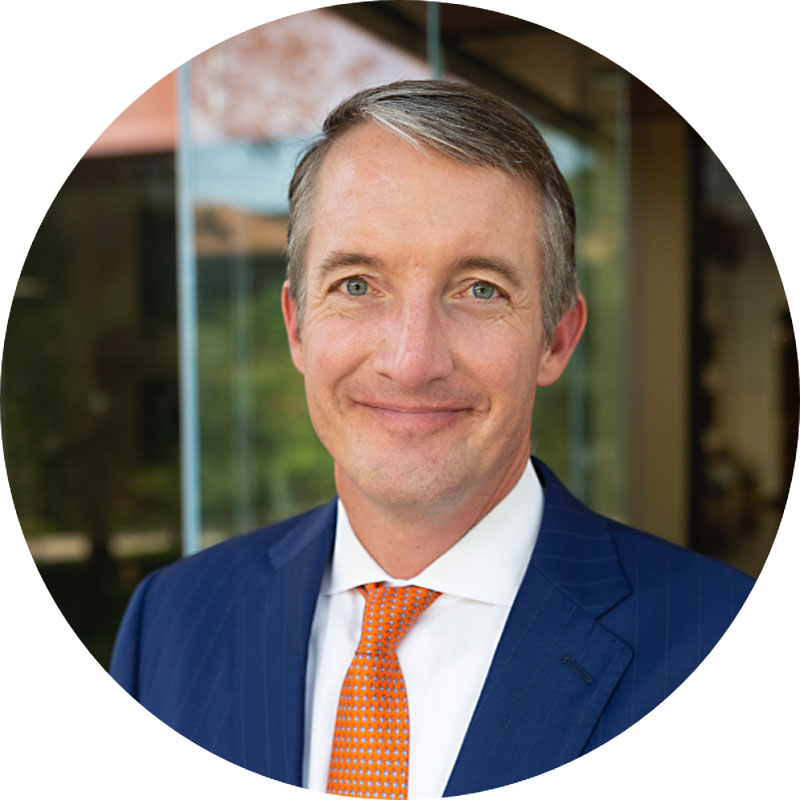 "The report makes it clear to me that 'The Eyes of Texas' is a song of accountability that has been used to bring Longhorns closer together."