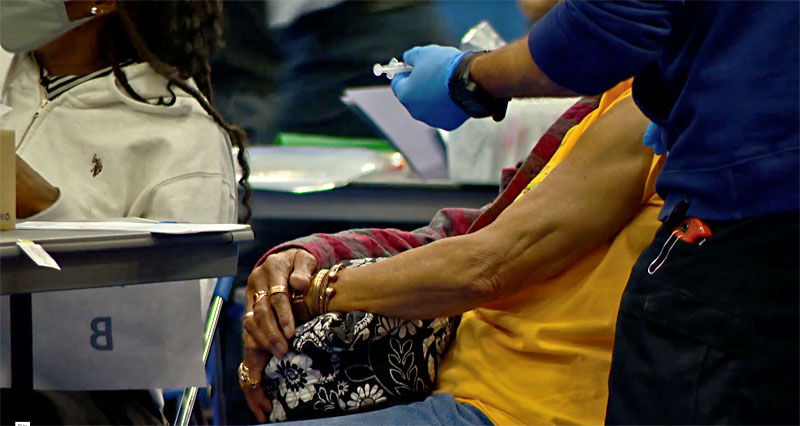 Silviane Zanfack's job as a non-nurse aide at Heritage Park Rehabilitation is hard work. Elderly patients struggling with cognitive decline will hit and spit on her when she tries to help with daily tasks, such as putting on their clothes. The COVID-19 pandemic added an additional layer of pain to her work. She contracted the virus in April and came down with a headache, cough, and loss of appetite. The sickness knocked her out of work for two weeks. Nonetheless, she says she enjoys the opportunity to help people in her work.

Right now, Austin is racing to vaccinate the community against COVID-19, starting with health care workers like Zanfack. As vaccines steadily become more available, skepticism of their safety will become a critical challenge. Immigrant communities are among those that public health workers will have to reach and encourage to get their shots.

Zanfack, a 40-year-old from Cameroon, nervously giggles when talking about the vaccine. She could have received her first dose at the beginning of the year, but she was worried about being one of the first to take it. "They say that when you take the vaccine you get sick, so I don't know," Zanfack said. Her opinion started to change after seeing her co-workers receive it and not experience any serious side effects. She got her first dose at the end of February.

Austin Public Health told the Chronicle in an email that it has made a concerted effort to reach out to skeptics. The agency set up a Priority Populations Task Force, which includes immigrant and language access sub-strike teams. It offers its COVID-19 communication in eight languages.

However, Jill Ramirez, the executive director of Latino HealthCare Forum, said that the city has not done nearly enough to message the effectiveness of the vaccine. "There is no messaging," Ramirez said. "Because of the lack of information from credible sources, we are seeing a lot of misinformation through social media." She added that the translated information from APH can be confusing, as it tends to use more formal language that might be difficult for some in the community to understand. The Latino HealthCare Forum has its own campaign, using trusted leaders in Spanish-speaking communities to explain why they are taking the vaccine.

“Because of the lack of information from credible sources, we are seeing a lot of misinformation through social media.” – Jill Ramirez, Latino HealthCare Forum

Larissa Kwemi Tchaple is a 30-year-old from Cameroon who also works at Heritage Park Rehabilitation as a certified nursing assistant. She tested positive for the virus last July, and a two-month bout with chest pains and fever kept her from returning to work. All the while, she was caring for her baby, born last April. As a front-line worker, she worried about what would happen if her baby also caught the virus. But Kwemi Tchaple said that she feels like her workplace is becoming safer, as most of the residents have now been vaccinated. "I feel better now. The good thing is that they are giving the vaccine," she said. That said, she's unsure when she will take it herself. She said she typically trusts vaccines, but she wants to see if there are any long-term side effects. After her traumatic experience with COVID-19 last summer, she's worried about getting sick again. "I don't trust this vaccine, because I prefer a longer period of study of its effects," she said. "We don't know what effect the vaccine could have."

APH is aware that many in the community have safety concerns about the vaccines, and the agency has continued its push to provide information about their effectiveness. According to an APH spokesperson, "Safety is a top priority while federal partners work to make COVID-19 vaccines available. The new COVID-19 vaccines have been evaluated in tens of thousands of volunteers during clinical trials. The vaccines are only authorized for use if they are found to be safe."

Marissa (not her real name), a 30-year-old who moved to the United States in 2018, has always had a passion for helping people and working in health care. Before moving to the U.S., she was attending medical school. When she moved to Austin, she found a job as a patient care technician at St. David's Medical Center. The pandemic created further strains on an already grueling work environment.

"With a pandemic, it was like everything that was hidden got onto the surface," she said. "I worked in the COVID unit, and sometimes they wouldn't give us the proper PPE." (At the time, many local health care providers faced severe shortages of personal protective equipment.) While at St. David's, testing confirmed she contracted the virus. She quit last October and began studying computer programming.

Even if she still worked at St. David's, Marissa wouldn't take the vaccine. "If they paid me money, maybe I would do it," she said. "I have a bunch of friends on Facebook that got the COVID vaccine, and they still got COVID." She added that those friends only had mild symptoms. According to the Centers for Disease Control and Pre­ven­tion, it is possible to get COVID-19 after getting the vaccination because "it typically takes a few weeks for the body to build immunity (protection against the virus that causes COVID-19) after vaccination." 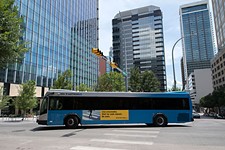