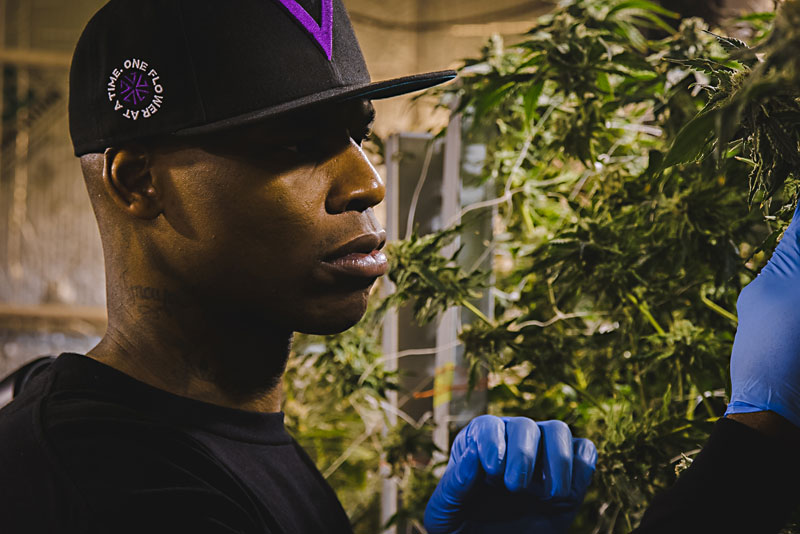 Opportunity amid the Green Rush has not been shared equally. According to a Marijuana Business Daily survey, 4.3% of marijuana business owners and founders are Black, compared with the 81% that are white.

Since founding Viola Brands in 2011, Harrington, a former NBA player, has been at the forefront of the conversation around racial equity in the cannabis industry. The company's approach has been wide-ranging, from trying to support minority owners in need of capital for a startup (particularly important since banks won't give loans for federally illegal products) to speaking with politicians in Washington, D.C., about restorative justice legislation.

That issue will steer the conversation of SXSW panel "Celebrities Redefining Cannabis Entrepreneurship," which will feature Harrington and his close friend Berner, a Mexican American rapper and owner of Cookies & Vibes. "I'm looking forward to chatting with him and sharing a lot of the conversations we talk about in private with a larger audience," Harrington told the Chronicle in an email.

Viola Brands took an unusual path to becoming a leading cannabis brand. Harrington grew up scared of cannabis, watching high school classmates get arrested for possession of small amounts of weed. As he progressed in his basketball career, he saw teammates using the drug and couldn't help but think that "they didn't take the job seriously."

However, Harrington began to reconsider his stance when Viola, his grandmother and namesake of the company, began to lose her eyesight after being diagnosed with diabetes and glaucoma. Harrington had an idea. "I convinced her to try smoking and two hours later, I found her crying in her room because she was finally able to read her bible for the first time in two years," Harrington said. He said he also researched the drug's healing effects following a knee surgery gone wrong. And so his career path after basketball crystallized.

As the company grew, Harrington began to tap into his network to try to provide opportunities for other entrepreneurs of color looking to enter the cannabis business. It's an issue that has gained notice among lawmakers nationwide. New Jersey, a state that voted to legalize recreational marijuana in the 2020 election, has mandated that 15% of cannabis startups be minority-owned and another 15% be owned by women or disabled veterans.

For his part, Harrington recently met with Sen. Chuck Schumer, D-New York, about a piece of legislation he is drafting with with Sens. Cory Booker, D-New Jersey, and Ron Wyden, D-Oregon, that will seek to tackle restorative justice in the cannabis industry.* Viola Brands has also spent $500,000 for social equity initiatives and has had 50 entrepreneurs graduate from its social equity incubator program.

"Let's face it, restorative justice isn't going to be handed to us," Harrington said. "It's up to myself and others to go out there and not only demand it, but provide guidance to those in charge to ensure it's done properly."

Editor's note: An earlier version of this story incorrectly stated that Al Harrington met with Sens. Cory Booker and Ron Wyden to discuss their restorative justice bill. The Chronicle regrets the error.

The piece also has been updated to clarify when Harrington first began researching cannabis.