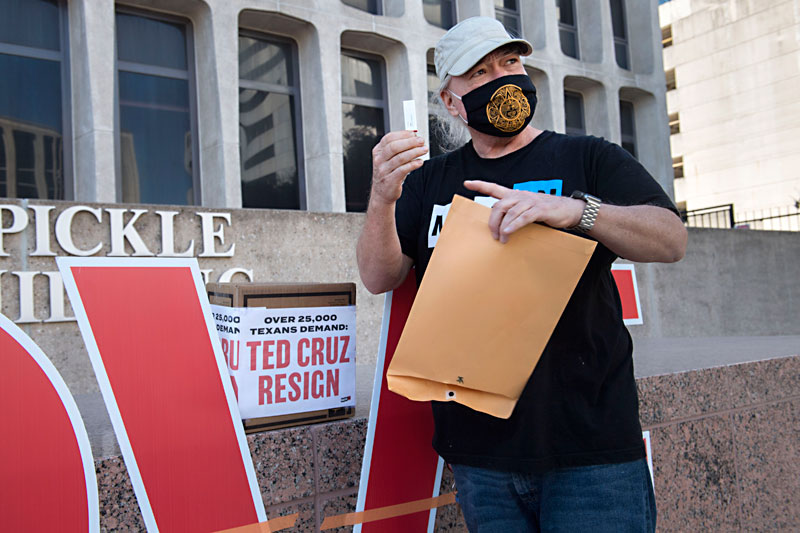 Gilberto Ramos with MoveOn stands outside Sen. Ted Cruz’s Austin office on Wednesday, Feb. 3, to deliver a flash drive containing more than 25,000 signatures on a petition demanding the resignation of 18 Texas elected officials, including Cruz, in the wake of the Jan. 6 attack on the U.S. Capitol. A coalition of 90-plus orgs – including MoveOn, Voto Latino, Indivisible Texas Lege, and others – delivered the same petition to Cruz’s offices in Dallas, Houston, and Washington, D.C., that same afternoon. (Photo by John Anderson)

Ron Davis, who served on the Travis County Commissioners Court for almost 20 years, died Tuesday night (Feb. 2) of a heart attack. He was 75 years old. Davis' legacy includes founding and leading the East Austin Strategy Team (EAST), which helped shut down the gasoline tank farm in Govalle in the Nineties, among other achievements. In 2002, Davis was voted "Best Local Elected Official (Not on City Council)" in the Chronicle's "Best of Austin" awards.

From Across the Pond: The first case of the B.1.1.7 UK variant of the novel coronavirus has been confirmed in Austin, according to Austin Public Health. COVID-19 strains have been likely in the Austin area for weeks, said APH, after the first known Texas case of the UK variant was reported in Harris County last month.

COVID in Lockup: The Travis County Sheriff's Office reported its highest number of new COVID-19 cases among jail inmates to date, with 49 inmates testing positive this week. A Feb. 1 TCSO release claims, "None of the inmates who are COVID positive are experiencing serious symptoms."

Death Watch ... Edward Busby Jr. is scheduled to be executed in Texas this Wednesday, Feb. 10, for the 2004 murder of Laura Crane. Busby's attorney has asked for a stay of execution. Busby's advocates have also requested that Gov. Greg Abbott and the Texas Board of Pardons and Paroles commute his sentence or give him a 120-day reprieve. See story online.

A Legacy of Care: The family of Dr. Lindley Dodson has created an endowment at the Dell Children's Medical Center to honor and continue her legacy. A pediatrician, Dodson was shot and killed last week at her Central Austin office after being taken hostage.

Football on the Telly, Y'all: Austin's Major League Soccer team, Austin FC, has signed a television rights deal with local Nexstar stations to broadcast their 2021 and 2022 games, including KNVA (the CW Austin), KXAN (NBC Austin), and KBVO (myNetworkTV).

The Shade of It All: President Joe Biden appointed Dr. Pritesh Gandhi, associate medical director for Austin's People's Community Clinic, to serve as the Department of Homeland Security's chief medical officer. Last year Gandhi unsuccessfully sought to unseat U.S. Rep. Michael McCaul, who (incidentally) is the former chair of the House Committee on Homeland Security that oversees the DHS. 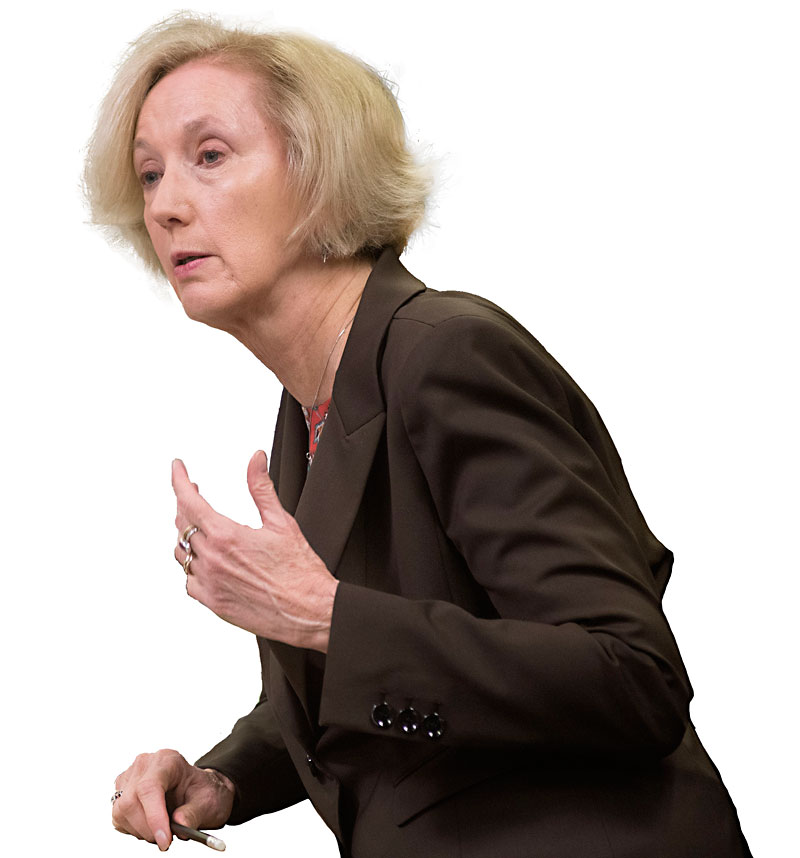 "HEAL is about a strategy for housing people."