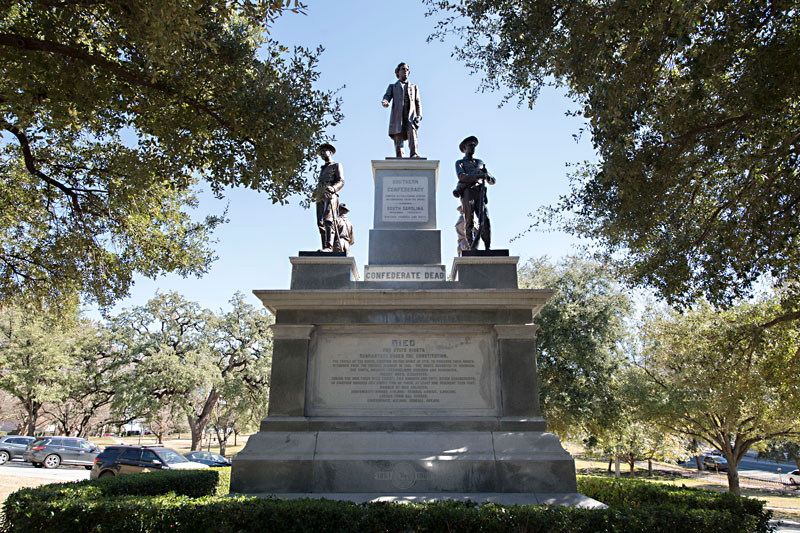 Last month, the state of Texas observed Confederate Heroes Day for what many hope will be the last time. This year's 87th Texas Legislature, which gaveled in one week prior to the state holiday, will be the fourth consecutive session to consider a bill proposing the holiday's abolition.

Since 1973, Texas has marked January 19, Robert E. Lee's birthday, as Confederate Heroes Day. The holiday came into existence more than a century after the Civil War it commemorates; critics have described its creation as a reaction to celebrations of Martin Luther King Jr.'s life five years after his assassination. (The state holiday marking King's birthday, which usually falls near Confederate Heroes Day on the calendar, was established in 1991.)

This session, bills to end its designation as a state holiday have been filed by state Rep. Jarvis Johnson, D-Houston, in the House and by state Sen. Nathan Johnson, D-Dallas, in the Senate. In the previous three legislatures, similar bills failed to make it out of committee and never received a floor vote.

Jarvis Johnson is optimistic about the bill's chances in 2021, with its momentum buoyed by a year of increased attention to racial justice issues. Many of his constituents do not know Confederate Heroes Day exists, he said, but nonetheless, the symbolism is harmful and hurtful to his community. "This holiday doesn't reflect anyone that I know," he said. "It won't be missed."

Jarvis Johnson has challenged his Republican colleagues to come out publicly in support of his bill, which needs bipartisan backing in a Legislature where Democrats remain in the minority. Thus far, he says he's heard more support in private conversations than previous sessions. In particular, the Jan. 6 attack on the U.S. Capitol, which saw the Confederate flag flown inside the building, struck a chord, with his fellow members expressing disgust about it, he said.

“This holiday doesn’t reflect anyone that I know. It won’t be missed.” – State Rep. Jarvis Johnson, D-Houston

Jacob Hale, a 19-year-old Austinite, first began to advocate for an end to Confederate Heroes Day as a middle schooler in 2015, when he encouraged state Rep. Donna Howard, D-Austin, to push for removing the holiday from the state's calendar. Six years later, he sees reason for optimism and hopes that the bill will move quickly through this session. "The time to get rid of this holiday was yesterday, but this is the second best time we can do," Hale said.

When Howard filed her bill to rename the holiday to Civil War Remembrance Day in 2015, it faced significant opposition from the Sons of Confederate Veterans and United Daugh­ters of the Confederacy. Around 40 members of those organizations showed up to voice their support for keeping the holiday on the books. Since then, support from Confederate groups has waned; only two speakers showed up to testify in favor of the holiday in the 2019 session.

The SCV will not have a presence at this year's Legislature due to COVID-19 health concerns, said Marshall Davis, a public information officer for the group's George W. Littlefield Camp. He continues to view the holiday as an important remembrance and does not see a connection between the nation's racial reckoning last summer and the Confederacy. "We are nothing but a heritage group to honor veterans," Davis said. "We are about honoring our ancestors."

Nathan Johnson said he discovered the holiday after asking his staff to find the stupidest and most offensive piece of legislation in Texas. When his staff came back to him with Confederate Heroes Day, he could hardly believe that such a thing existed. He told us the holiday detracts from his vision of an ideal Texas: "Every day that law is on the books is an affirmative, offensive act that I as a legislator, with my fellow legislators, have the power to get rid of."

While the lawmakers remain hopeful, Texas has been down this road before, and the holiday remains. For many, the bill is a valuable, if symbolic, step toward racial healing in Texas. Whether it's a step the state will get to take is a question that only Texas' Republican leaders can answer.