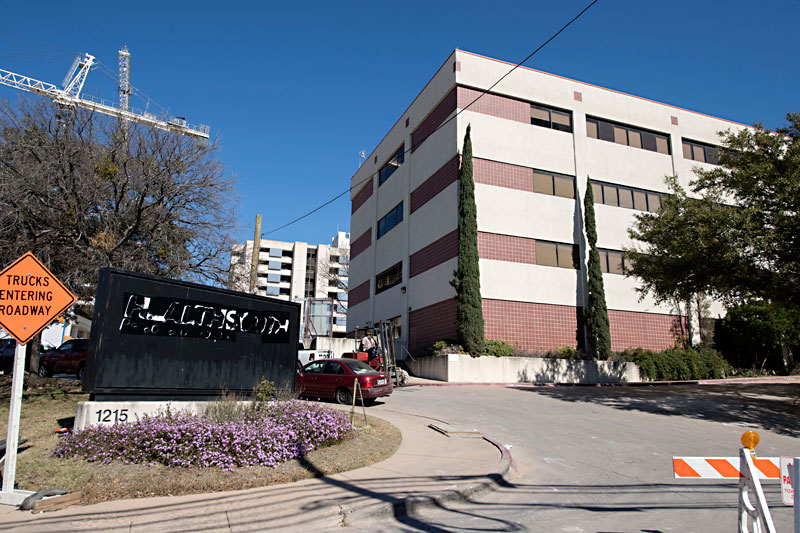 The closely watched plans for the former HealthSouth rehabilitation hospital gingerly took another big, careful step forward last week, as Council voted to authorize negotiations with Aspen Heights Partners to build a mixed-use project that will deliver what members and advocates hope to be a major investment in affordable housing on one of the last city-controlled properties in Downtown Austin.

A bit of background: In 1988, the city awarded a long-term lease at the southern end of its Brackenridge Hospital campus to HealthSouth's predecessor, which stayed in place when the rest of Brack was transferred to Central Health upon its creation in 2005. With Brack's replacement by the new Dell Seton Medical Center, HealthSouth accepted the city's offer of $6.5 million to buy out its lease in 2016.

At that point, Downtown's northeast quadrant was bursting with big-city visions: a high-rise master plan for Bracken­ridge, Waterloo Park's rebirth as the northern anchor of the Waterloo Greenway along Waller Creek, UT Dell Medical School displacing the Frank Erwin Center, new offices and apartments on both sides of I-35, major investments in the Capitol Complex, and exciting-if-vague plans for an Innova­tion District. The city's Economic Development Department took the lead to make the HealthSouth property part of that equation and managed the request for proposals that attracted Aspen Heights' winning bid.

However, HealthSouth was one of a shrinking number of sites where advocates – championed by Council Member Kathie Tovo, who represents most of Downtown – felt the city should maximize its leverage to create community benefits and not just seek economic returns from the boiling-hot Austin real estate market. For a while, there was pressure to preserve HealthSouth (or parts of Brack, which is mostly to be demolished) for mental health services that no longer have a physical home Downtown, where they could coordinate with the area's homelessness services and the adjoining Sobering Center (located in the former county morgue). Even stronger, though, has been the drive to use the site for affordable housing. Last week's Council action was the culmination of efforts by Tovo and her allies to center the city's position in its negotiations with Aspen Heights on affordable housing being "the site's significant and central use." Tovo's substitute motion for approval laid out multiple Council policy guidelines that City Manager Spencer Cronk is directed to factor into the talks – including provisions for high-quality affordable child care, local merchants, and public access to amenities, as well as housing for both singles and families. A further amendment by CM Pio Renteria threw the Downtown Austin Community Court – still looking for a new home after plans for an Eastside site in Renteria's district ran aground – into the potential mix.

While concerns were raised both on and off the dais that Tovo's approach would run afoul of the separation of powers in the city charter or would require that the RFP process be reopened, it was deemed to have stayed within the "guardrails" laid out by city staff last year, when Tovo first made this course of action known. Mayor Pro Tem Natasha Harper-Madison, whose District 1 actually includes HealthSouth, had offered the initial, much less prescriptive motion for approval of the staff recommendation, but she and Tovo arrived at common ground by the time Council gave its unanimous approval.

Now, the city and Aspen Heights must find a deal that allows the developer to make money and the market side of HealthSouth to generate revenue the city can invest in its desired benefits, without simply subsidizing the entire project.

A version of this article appeared in print on February 5, 2021 with the headline: Council Carefully Moves Closer to Deal for Affordable Housing at Downtown Site