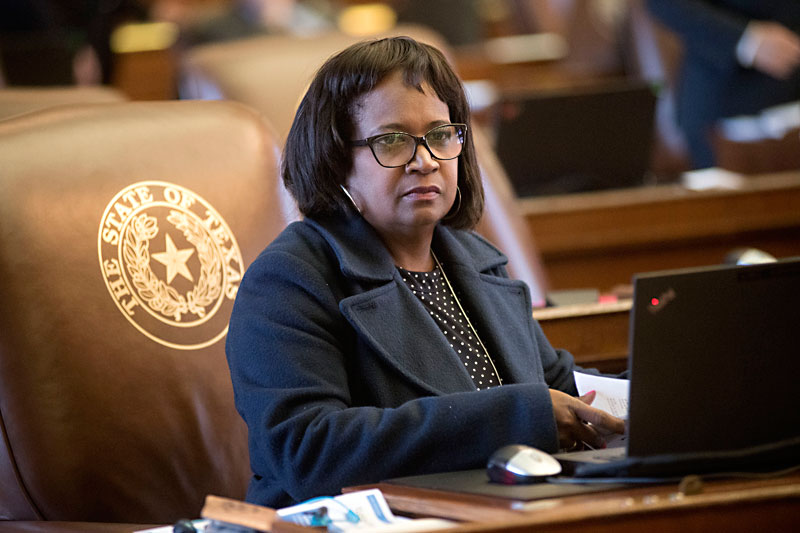 Days after the 48th anniversary of Roe v. Wade, two Austin lawmakers are calling for expanded abortion care assistance for Texans. On Jan. 26, state Rep. Sheryl Cole and state Sen. Sarah Eckhardt introduced "Rosie's Law" (House Bill 1362, Sen­ate Bill 448), which would restore abortion coverage under private and public health insurance plans regulated by the state. "The state of Texas should not be in the business of interfering with decisions made between Texans and their doctors, and medical procedures, including abortion, should not be reserved for only the wealthy and privileged few," said Cole.

The law is named after Rosaura "Rosie" Jimenez, a 27-year-old single mother from McAllen, who was the first woman known to have died after seeking an abortion following the 1976 Hyde Amendment, which restricts federal health programs such as Medicaid from covering abortion care. The working-class student was unable to pay for medical care out of pocket and instead sought the procedure from an untrained and unlicensed midwife; she died of the ensuing complications. On a press call, Eckhardt revealed that Rosie's story "rang a bell" with her as her mother, Nadine Eckhardt, was also from McAllen and had "almost poisoned" herself attempting self-induced abortion. "It's important we recognize abortion is health care. Denying insurance coverage of abortion pushes low-income people further into poverty," said the first-term senator and former Travis County judge. In Texas, anti-choice politicians further eroded access in 2017 with a law that bans coverage for the procedure by private health insurers, including those on the Affordable Care Act exchanges, with no exception for rape or incest. Women in Texas must buy supplemental plans for abortion coverage; critics at the time called out the law for forcing women to buy "rape insurance." Texas is one of 11 states that prohibit any insurance coverage of abortion care, according to the Gutt­mach­er Institute; three out of five Texas women of reproductive age are thus uncovered even though they have insurance, said Nancy Cárdenas Peña of the Frontera Fund.

The maze of abortion restrictions already in place in Texas makes the procedure more expensive and thus harms the most vulnerable communities, stressed Kamyon Conner of the Texas Equal Access Fund: young, low-income, women of color, and those living in rural areas. An abortion in Texas typically costs at least $450 out-of-pocket, making the decision one that pits basic needs like rent and groceries against medical care. "Every day we witness how unjust laws create barriers to abortion which harm the people we serve and make abortion inaccesable," said Conner. "No matter what type of health insurance they have, every Texan should be able to get the full range of reproductive health care, including abortion. Rosie's Law would make the right to abortion a reality for Texans."

With anti-choice activists emboldened this session, pro-choice lawmakers – and this bicameral bill – certainly face an uphill battle. Advocates point to a recent poll commissioned from Hart Research that shows 63% of Texas voters support Medicaid coverage of pregnancy-related health care, including abortion. The overwhelming majority of Texas voters across the political spectrum, including 75% of Republicans, agree that anti-abortion politicians shouldn't be able to deny people coverage for abortion care just because they are "working to make ends meet," it found.

Cole, Austin's former mayor pro tem, filed similar legislation during her first term in 2019; this is the first time such a bill has been filed in the Senate. In 2018, Austin City Council passed "Rosie's Resolution" calling for a repeal of public and private insurance coverage bans on abortion care, including the Hyde Amendment, becoming the first city in Texas to do so.

A version of this article appeared in print on January 29, 2021 with the headline: “Rosie’s Law” Sponsors Aim to Restore Abortion Coverage