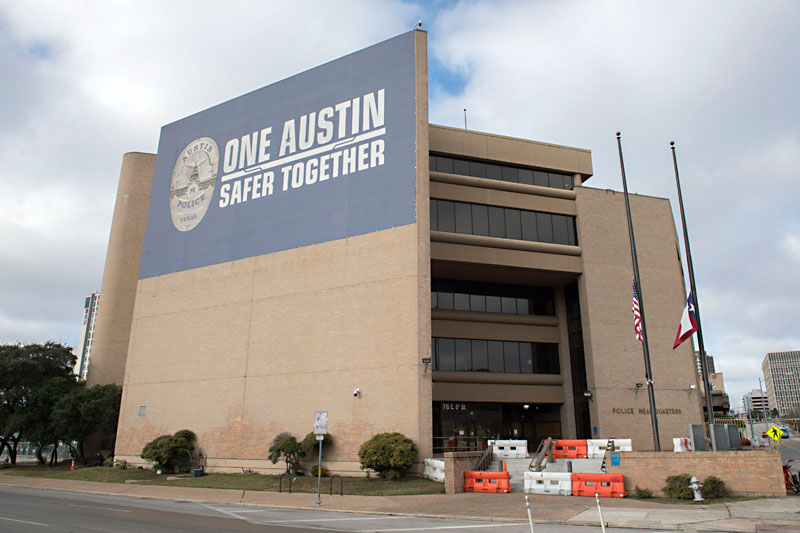 In an emphatic break from his predecessors, Travis County District Attorney José Garza has released the first of what are promised to be bimonthly reports on his office's investigations into allegations of potential misconduct by local law enforcement officers. The five-page brief, issued on Jan. 14, compiles information on each case his office is working – there are more than two dozen, including three that have already resulted in indictments – including the names of those hurt or killed (except when minors or in cases of sexual assault) and of police officers involved. It also estimates when the cases will be presented to grand juries or brought to trial.

These include the two highest-profile deaths at the hands of local law enforcement, those that drove thousands of protesters to Austin's streets in 2020 – Mike Ramos and Javier Ambler. Ramos was shot to death by Austin police Officer Chris­to­pher Taylor in April as he slowly drove away from eight armed Austin Police Department officers in the parking lot of his apartment complex. Ambler died in March 2019 after Williamson County sheriff's deputies chased him for failing to dim his headlights; when the chase ended in Travis County, Ambler was dragged from his car and shot with a Taser gun four times while pleading with officers that he had heart disease and couldn't breathe. The incident was recorded for the now-canceled television series Live PD.

In connection with Ramos' killing, Garza's office is investigating the conduct of both Taylor and rookie Mitchell Pieper, who at the command of a senior officer fired a "less lethal" lead pellet round at Ramos. Ambler's case involves not just four officers on scene but former Williamson County Sheriff Robert Chody and his general counsel Jason Nassour, who are already facing charges in WilCo over the destruction of the Live PD video of Ambler's death. (Chody lost his reelection bid in November after being indicted.) Garza is expediting these cases to get them before a currently seated grand jury before its term expires on March 30, along with the separate case of former APD Officer Walter Dodds, alleged to have sexually assaulted a person he met during a service call last spring. The other cases will be presented to subsequent grand juries in the order the incidents took place.

The D.A. is examining six other officer­-involved shootings or deaths in custody. Among them is the case of Enrique Quiroz, who died in APD custody on March 31, 2020, after being shot with a Taser gun, put in handcuffs, and dragged down a flight of stairs. Another is the case of Aquantis Griffin, who was shot over 30 times by eight APD officers in August 2018 in Downtown Austin after, according to APD, pointing a gun at them. Christopher Taylor is being investigated in two cases – Ramos' killing and that of Mauris DeSilva, who was shot in 2019 during a mental health crisis as he walked toward police holding a knife at his side.

There have already been two APD shootings this year, which are included in the D.A.'s brief. Dylan Polinski survived being shot with a Taser gun and shot in the leg by a SWAT team at a hotel on Jan. 4; Alexander Gonzales was shot and killed the next evening after an alleged road-rage altercation with an off-duty officer, while his 2-month-old son and the child's mother were in his car. Garza called Gonzales' death a tragedy and expressed his sympathies to the family.

In an emphatic break from his predecessors, Travis County District Attorney José Garza has released the first of what are promised to be bimonthly reports on his office’s investigations into allegations of potential misconduct by Austin-area law enforcement officers.

The D.A.'s brief includes investigations into the officers who shot Black Lives Matter protesters with "less lethal" rounds near APD headquarters on May 30 and 31. A total of 10 civilians were wounded, two of whose stories were widely publicized at the time: Justin Howell, who spent three weeks in the intensive care unit and has sustained what will likely be permanent brain damage; and Brad Levi Ayala, a 16-year-old who was observing the protests from more than 300 feet away when he was shot. (Ayala is not named in Garza's brief due to his age, but the details of his case are public.) Less-known cases include those of Sam Kirsch and Anthony Evans, who each required multiple facial reconstruction surgeries.

Eleven officers are under investigation, including Kyle Felton, for shooting both Howell and Evans, and Justin Berry, the APD union vice president who in November narrowly lost his race to unseat state Rep. Vikki Goodwin, D-Austin. Berry had not been previously identified by APD as a participant in the May police actions. (In December, the city announced that police Chief Brian Manley had disciplined 11 officers, though it's not clear whether these are the same 11 identified in Garza's brief, which does not identify the officer who shot Kirsch.)

Garza plans to get the cases before a grand jury no later than September; by then, assuming jury trials in Travis County have resumed after being halted during the pandemic, the three officers already indicted will have been prosecuted. One, former Austin fire investigator Marcus Reed, is being retried on sexual assault charges after being convicted of perjury in 2019. The others, APD Officers Nathaniel Stal­lings and Lando Hall, respectively face charges for assaulting a citizen while on duty and for misuse of official information.

While justice advocates have praised Garza for his transparency in comparison to his predecessor Margaret Moore, they are hesitant to get too far ahead of themselves. "At this point, results matter far more than words," said attorney Jeff Edwards, who represents the estate of Javier Ambler and several others in the incidents under investigation. "If the district attorney truly wants to honor the lives of Javier Ambler and Michael Ramos, he should unequivocally state that he is seeking the indictment of the officers that killed them, because what they did was excessive, unreasonable, unlawful, and flat-out wrong. Otherwise, police officers will continue to be above the law."

A version of this article appeared in print on January 22, 2021 with the headline: And Now, We Know 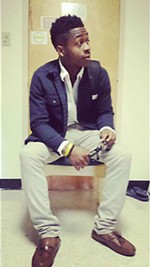