Come out and play! 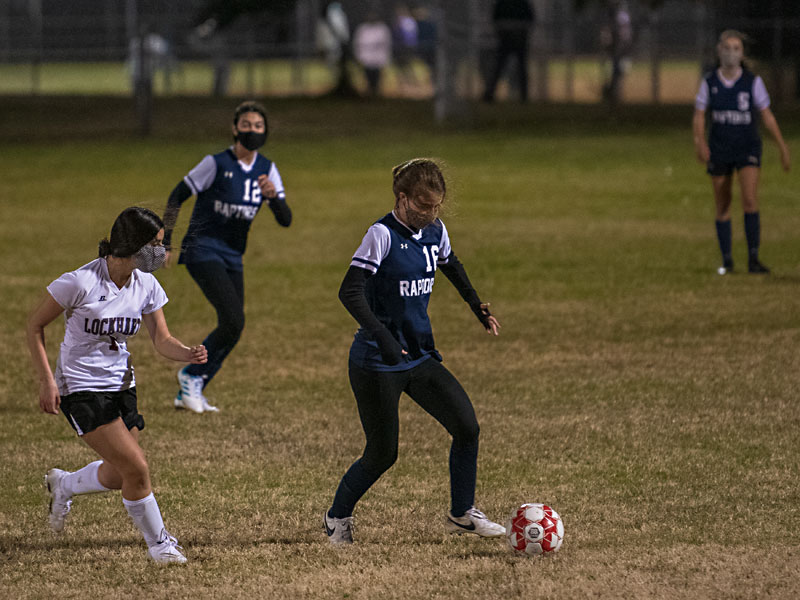 In the Austin Independent School Dis­trict, school buildings sit largely empty as the city weathers its worst days to date of the COVID-19 pandemic. However, the district's fields, courts, and gymnasiums are buzzing; after a one-week hold on non­-varsity athletics, all sports programs are back on, with some teams preparing for state competitions.

On Jan. 11, when Austin and Travis County recorded a new peak of 955 COVID-19 cases, the city's largest school district encouraged all parents to keep their kids at home, with more than 10,000 switching to virtual learning. Yet that same day, thousands of student athletes were invited back for practice on AISD's middle school and junior varsity teams in basketball, swimming, wrestling, and other sports. Varsity athletics had never stopped.

Two weeks earlier, Austin Interim Health Authority Dr. Mark Escott advised AISD and other school districts to suspend all in-person activities, both classrooms and extracurriculars, due to the COVID surge. Escott and Austin Public Health have consistently warned of the danger of extracurriculars (not only sports, but also performing arts) as hot spots for spread of the novel coronavirus, especially when masking or distancing aren't universally practiced.

The decision to continue athletics – albeit with strict masking rules – was one of AISD's first departures from public health guidance this year. "I'll be frank, this one still gives me some heartburn," District 8 Trustee Yasmin Wagner said at a Jan. 11 meeting. "I feel like it's a bit contradictory as we're asking our families ... to stay home for the greater good, yet we're still allowing our athletic events to happen routinely."

Parents such as Adriana Haywood who've advocated for sports to continue say the rewards – mental and physical development, exercise, mental health, and scholarship opportunities – outweigh the risks. Hay­wood's daughter, a Bowie student, has been playing softball since she was 6 and is hoping for an NCAA Division I scholarship. When school began in August, Hay­wood decided to keep her daughter as a virtual student but allow her to practice and compete; she "came back to life," Haywood said, once the softball season began.

“We don’t allow people to decide for themselves whether they want to put on a seatbelt. We know that it’s safer for them. ... We shouldn’t be putting it to parents to make this decision.” – AISD parent Derrek White

With safety protocols that include constant masking even during games, Haywood sees athletic competition as a relatively low risk compared to the benefits it brings. "Our numbers are high, but it isn't because these kids are outside playing," Haywood said. "I feel like at this point, they're just grasping at something because they want to feel like they're helping. But this is the wrong group to focus on, in my opinion."

The University Interscholastic League, which oversees high school competition in Texas, has not allowed AISD to "hit pause" for COVID, says Superintendent Dr. Stephanie Elizalde; if it put sports on hold, its teams would forfeit all their games. The district's masking protocols and the one-week suspension of non-varsity sports are stronger measures than seen elsewhere in Central Texas: AISD teams regularly play schools that don't require their athletes to wear masks.

Chloe Cardinale, the girls soccer coach at Austin's Liberal Arts and Science Academy, said her team has been mocked by unmasked opponents and that the different norms create a "blatantly unfair" environment for competition. AISD can't force other teams to wear masks, even when they're playing at AISD venues. "It's really hard because I can't tell my players, 'This is what's going to happen,' because I have no idea what's going to happen," Cardinale said. "For me to assure them, 'You'll be safe if you come and play,' is not true at all, and I would be doing a disservice if I did that. It just adds another wrench into this entire conversation."

Derrek White knows the feeling well. An athletic coach with years of international competition, White also holds a degree in public health from Harvard and is an AISD parent whose son, now in ninth grade, hopes to play professional European soccer. The current situation is, he said, "an intersection of all things I'm involved with."

Although White's son initially played soccer in the fall, he had to pull him off the team because of health concerns. Though he hopes his son will pursue athletics in the future, White said he's concerned about coronavirus spread and its long-term health impacts for athletes, which he worries parents may underestimate. He says AISD has "taken the posture of, 'Well, we want to give that option to people.' [But] we don't allow people to decide for themselves whether they want to put on a seatbelt. We know that it's safer for them, for everybody else, to wear a seatbelt. Especially when it comes to protecting our children, we don't give parents the option, if they don't believe in the science, to not put on the seatbelt for their kids. We shouldn't be putting it to parents to make this decision."