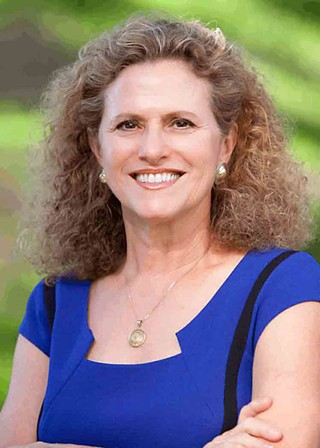 A month before the 87th Texas Legislature gaveled in, Republican lawmakers were already working on how to further restrict abortion access. The Senate Committee on State Affairs convened Dec. 8 to discuss "ways Texas can further protect the lives of the unborn, including fetal heartbeat legislation" – an abortion ban at six weeks, which somehow tops the agenda during an unprecedented public health crisis. "We hope to pass a whole lot of pro-life legislation this session," said committee chairman state Sen. Bryan Hughes, R-Mineola, at the hearing, which featured invited testimony from like-minded allies and none from the public. "Ten states have already passed heartbeat legislation. We have to confess, Texas should not have waited this long."

After sizable victories in session after session, anti-choice forces expect even greater gains in 2021. A 6-3 conservative majority in the U.S. Supreme Court, the failure of Democrats to flip the Texas House, and the defeat of the Legislature's one remaining pro-choice Republican (Hous­ton's Sarah Davis) has galvanized activists like never before. "It's the perfect storm," says state Rep. Donna Howard, D-Austin, who chairs the (now bolstered and expanded) Texas House Women's Health Caucus. "There is going to be more of a fight this session over reproductive rights than we ever anticipated, and we're very concerned about how things are going to go, especially as the pandemic makes it more difficult for public input – and public outrage." On Nov. 9 – the first day of bill prefiling for the 87th Lege – Republicans were ready with measures to ban abortion at 12 weeks (it's currently 20) and to outlaw abortion entirely if SCOTUS overturns Roe v. Wade.

The months ahead will see even more draconian bills, priorities of what anti-choice lobby group Texas Right to Life calls the "Abolition Strategy." In addition to a "heartbeat" bill, these include eliminating the humane exception to the current 20-week ban in the event of fetal disease or disability that would likely result in death soon after birth. Since last session, "the political and judicial dynamics have altered" and "2021 could be prime for Pro-Life legislative and legal victories," according to an emboldened TRL's press statement. Texas should not "sit on the sidelines and simply wait for Roe v. Wade to be overturned," the group wrote. "Instead, Texas is strategically positioned to raise targeted legal questions to push the Supreme Court to overturn."

State officials used COVID-19 as an excuse to ban abortion last March, which resulted in a 38% decrease in abortions at the time but a 61% increase in riskier, second­-trimester procedures once the emergency order expired. Meanwhile, the Texas Health and Human Services Commission is slated to maintain lucrative state funding to the Alternatives to Abortion program, which supports nonmedical "crisis pregnancy centers," while making family planning cuts. Recently, the 5th U.S. Circuit Court of Appeals sided with state officials in barring Planned Parenthood from treating Medicaid patients after a five-year legal battle.

On the other hand, Howard remains relatively hopeful of bipartisan support for much-needed reforms like reestablishing the Women's Health Advisory Committee discontinued by Gov. Greg Abbott in 2017, eliminating inequitable sales taxes on feminine hygiene products, and adding contraception coverage to CHIP, the state health program for low-income teens and children. Most urgent are measures to address the state's dire maternal mortality crisis, including expanding Medicaid health coverage for mothers to a full 12 months after birth, which has passed the House but not the more conservative Senate in past sessions. "We have the highest maternal mortality rate in the country. It's mind-boggling to me that this major problem is not rising to the top of the priority list," Howard insists. "Our focus this session should really be: How do we save Texas moms?"

A version of this article appeared in print on January 15, 2021 with the headline: Is This the Last Chance for Choice?