How soon is now? 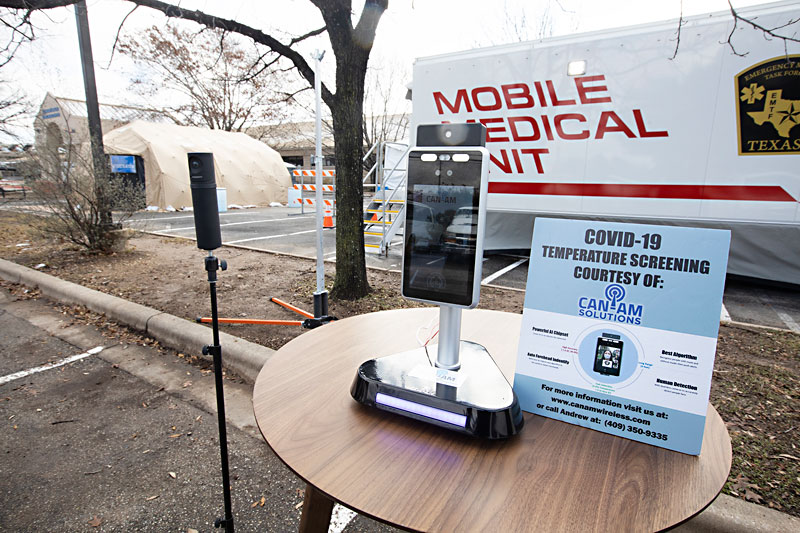 Interim Health Authority Dr. Mark Escott warned city and county officials in briefings this week that Austin could hit its ICU surge capacity of 200 patients as early as this Thursday. Although Austin's ICU capacity plateaued at 180 patients for three consecutive days between Jan. 9-11 – still a 100% increase from a month ago – Escott informed the Travis County Commissioners Court that Tuesday, Jan. 12, marked yet another record-breaking day for Austin. That day Austin Public Health reported a record of 117 new hospital admissions, for a total of 601 patients hospitalized for COVID-19 in the Austin metro area. ICU capacity stood at 190 patients, which is another all-time high according to APH data, with 104 individuals on ventilators as of Jan. 12.

"The situation is far from over and more likely to get worse than better in the short term," said Escott, hoping to clear up any possible confusion around flattening seen in certain disease metrics in recent days. Between the first and second weeks of this month, Austin's positivity rate dropped from 17.8 to 16.6%; however, that isn't because of a significant drop in disease transmission, but rather a sizable increase in testing efforts, which, as Escott explained, then pulls down the positivity rate. Another recent drop in the moving average for hospital admission can be attributed to fewer patients coming in due to inclement weather, he said, and Austin's surge in hospitalizations is still very much continuing.

Escott's warning follows a week of all-time highs and other unwelcome distinctions in Austin's COVID-19 crisis. Two days after the Department of State Health Services announced that COVID-19 patients comprised more than 15% of the hospital population in Central Texas for seven consecutive days – which per Gov. Greg Abbott's GA-32 executive order triggered a mandatory reduction in business capacity from 75% to 50% – the Alternate Care Site (ACS) at the Austin Convention Center opened Jan. 12 to take in COVID-19 patients for the first time since it was set up in July. According to local officials, the Texas Division of Emergency Management approved the city and county's staffing request and is currently using private contractors to staff the ACS.

The ACS is capable of accommodating 25 patients immediately and, as it's currently assembled, can receive up to 250 – with the ability to accommodate almost 1,000 patients, if needed. The field hospital will take in patients from 11 Central Texas counties who are referred directly from hospitals after they've been determined to be stable enough for transfer; patients will not be able to show up on their own and receive care, explained Escott, noting this model has been successful in other alternate care sites for COVID-19 patients.

Right now, said Escott, the ACS is focusing on low-acuity patients who don't need a lot of support but still need to be in a hospital; these may be patients who need supplemental oxygen, assistance with oral medications, or IV infusions. If conditions worsen, however, the site will be able to accommodate moderate-acuity patients.

Local health officials are also pursuing therapeutic treatments in an effort to serve those most at risk for severe COVID-19 symptoms. Through a partnership between the city, county, and TDEM, among other agencies, a new mobile infusion center opened last week in Southeast Austin to treat COVID patients with monoclonal antibodies infusion, which has been shown to decrease the risk of hospitalization in individuals who are at high risk for severe disease. As of Jan. 12, the center had treated 93 patients so far and has the capacity to treat 26 patients per day. The TDEM is working to increase the center's capacity to 75 patients per day, which would make it the state's largest center for monoclonal antibodies therapy.

Austin Public Health continues to advocate risk mitigation as being the most effective method for flattening Austin's surge, as the state's rollout of COVID-19 vaccines bounces along. "We can't vaccine ourselves out of this surge," reiterated Escott. "The vaccine is going to help prevent that next surge." The state is shifting away from its original distribution strategy that relied on health care providers as vaccine distributors and is instead now focusing on mega vaccine hubs, a move that Escott praised. "I think the shift in the DSHS's policy is smart because it allows us to get massive amounts of vaccine out." As part of Texas' pilot program for vaccine hubs rolling out this week, APH will receive 12,000 doses in the DSHS's week 5 vaccine allocation, which will be administered to those who meet the state's criteria for phases 1A and 1B of vaccination. Specifically, APH will prioritize vaccinating adults ages 65 and up, uninsured or underinsured people with limited access to care who fall under those two phases, and remaining 1A populations. Vaccinations are by appointment only – the registration portal opened Wednesday, Jan. 13 – and will be administered across four sites.

APH hopes to be able to vaccinate 10,000 people a day in coming weeks, but until then, Escott advised, "The best thing [people] can do as a community to help augment our vaccine efforts is to help decrease this demand on testing and in our hospitals by staying home and protecting themselves."