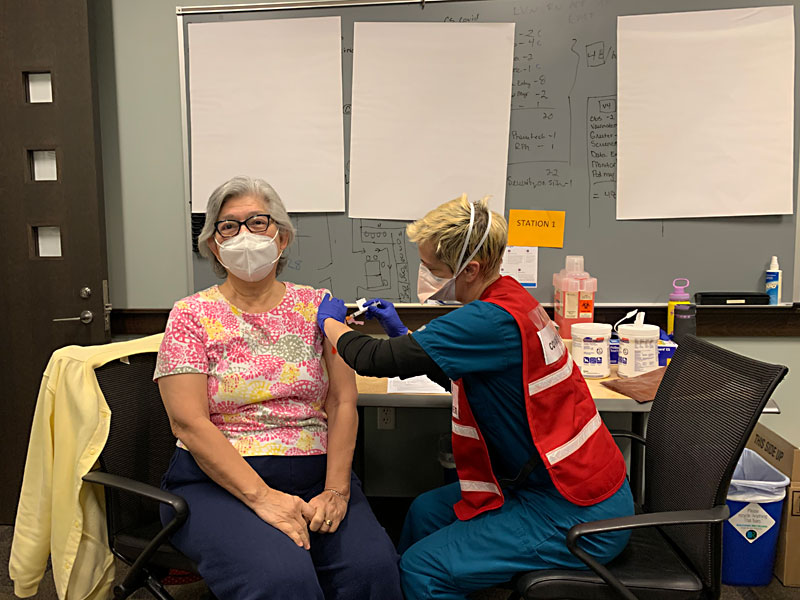 This semester will be the first time during the COVID-19 pandemic that AISD will have to navigate classes – both in-person and virtual – under Stage 5 of local risk-based guidelines, while also meeting state directives requiring in-person instruction. This puts the district, as Superintendent Dr. Stephanie Elizalde frankly admitted, "between a rock and a hard place."

"Our goal is always to want our community to be very satisfied with the decisions that we make," said Elizalde during a New Year's Eve press conference. "There are also constraints [that] absolutely come from the Texas Education Agency." If AISD had pivoted to all-virtual classes this week, as it considered doing once Austin and Travis County entered Stage 5 on Dec. 23, the district would lose state funding.

A third option would have been to cancel both in-person and virtual classes entirely. This delay would mean making up lost days by extending the school year, which Elizalde said would also jeopardize state funding if AISD were unable to complete its required instructional hours before June 30. Teachers' contracts must also end before that deadline.

The district employee union Education Austin blasted the decision to reopen this week. "This is no time for business as usual," EA wrote in a Dec. 31 statement. "The superintendent is actively contributing to unsafe conditions and risking people's lives. We call on members of the AISD Board of Trustees to right the ship, and exercise all available power to delay reopening schools until it is safe to do so." Last month, the union filed more than 100 grievances on behalf of educators who had asked to teach virtually this semester, among the more than 1,000 AISD staffers whose requests for medical accommodations were denied by the district. Union President Ken Zarifis told the Chronicle that some of the high-risk teachers have since received a COVID-19 vaccine as a result of Ascension Seton's partnership with AISD, but that many more vaccinations will be needed.

“Our goal is always to want our community to be very satisfied with the decisions that we make.” – AISD Superintendent Dr. Stephanie Elizalde

Interim Health Authority Dr. Mark Escott had recommended Travis County middle and high schools go all virtual for two weeks following winter break, as well as suspending extracurriculars; except for varsity activities, AISD has postponed these indefinitely. Now that campuses have reopened, Escott has recommended to local superintendents that students should avoid transportation by bus or carpooling to schools whenever possible, as health officials have seen some clusters associated with carpooling.

Disease transmission within classrooms has been controlled up until now, said Escott, but that could soon change if the local positivity rate continues to rise. It stood at 17.8% for the week ending Jan. 2, and it's likely we will hit 20% positivity this week, said Escott. "It's going to be much more difficult for us to prevent transmission in places like schools [and] like nursing homes at that positivity."

Under TEA's COVID-19 guidance, school districts have the authority to close classrooms, campus wings, or entire schools for up to 14 days in response to concerns about on-campus disease spread. Elizalde said she might be "more aggressive" on closures later in the semester if the data indicates a surge in on-campus cases.