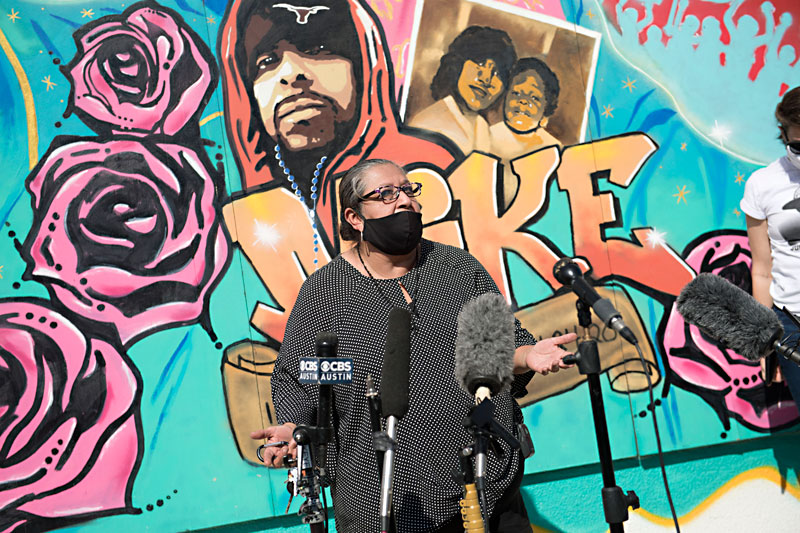 The killing of Mike Ramos by police last spring was "a direct result of the racism that has permeated policing in Austin," according to a lawsuit filed on behalf of his mother last week. Brenda Ramos' suit, prepared by Rebecca Web­ber of the Hendler Flores law firm, asks for a jury trial and damages for the loss of her only son.

Mike Ramos, a Black and Latinx 42-year-old, died on April 24 after officers were summoned to his Southeast Austin apartment complex. A resident had called 911 to complain that a man was holding a gun to a woman's head as the couple did drugs inside a car. Several police units responded to the call, blocking the parking lot exit. Eight officers then pulled their weapons and ordered Ramos out of the car.

Quoting a transcript compiled from body-worn camera video, the lawsuit indicates the chaos that followed, as different officers barked contradictory orders at Ramos: "Keep your hands up!" "Hey, relax! Relax, Michael! I need you to turn around for me." "Hey, hey, Michael, get on your knees!"

At first, the critical incident video shows, Ramos complied with the officers' commands, showing his hands and demonstrating that he had no gun in the waistband of his pants. He became uneasy when the officers, their guns still trained on him, demanded that he step toward them, pleading with them to lower their weapons. A senior officer then directed Mitchell Pieper, fresh out of the police academy, to shoot Ramos with a "less lethal" lead-pellet round: "He's not following commands and he has a weapon" – despite Ramos' showing and telling the officers otherwise.

After Pieper followed the order and fired his shotgun, striking Ramos with the pellet bag, Ramos got back inside his car. "Nine seconds later, as Mike slowly drove forward and away from police and bystanders toward the dumpsters at the dead-end of the parking area, Officer [Christopher] Taylor shot Mike in the head and killed him," the lawsuit reads. "There was no gun on Mike, in the car, or in the vicinity. Officers never saw a gun or anything they mistook for a gun."

The lawsuit lays the blame for Ramos' death at the feet of a racist police culture in Austin, citing the city's own data and reform efforts as evidence. This includes racial-profiling statistics the Austin Police Department collects, and that other city offices analyze, showing that APD pulls over disproportionately more Black and Latinx motorists than whites, and that those stops result in disproportionately more discretionary searches and arrests.

The lawsuit also notes that just a week before Ramos was killed, the city released the results of the third-party investigation known as the Tatum Report, which detailed the use of racist language by APD officers, including those in the top ranks, and the widely held belief that anyone who reported such misconduct would face retaliation from fellow police.

The filing of the lawsuit is the beginning of a long journey for Ms. Ramos and the city that could take years to resolve. While it proceeds in civil court, the long-delayed criminal inquiry into Ramos' death may also find its way to a grand jury. New Travis County District Attorney José Garza has singled out the Ramos case as one of his highest priorities, saying he'll address it within his first 30 days of office. 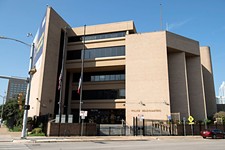