A Path Toward Permanent Housing in North Austin 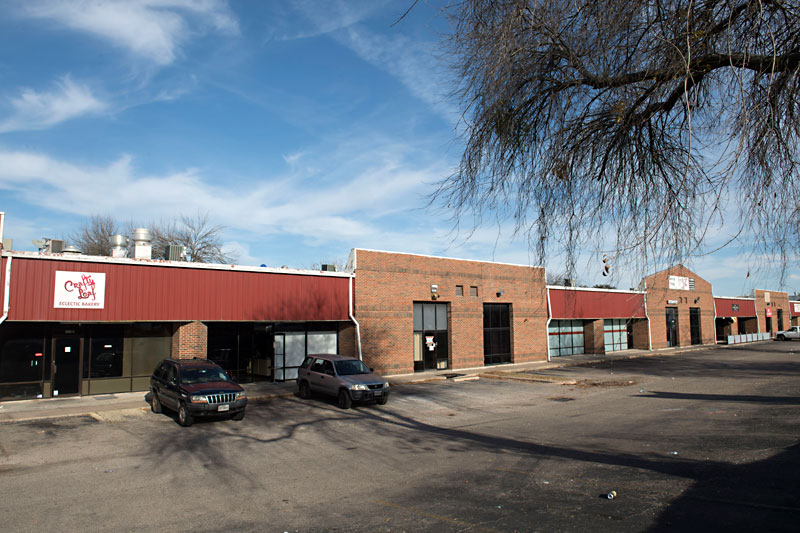 The future site of Espero at Rutland, which will be home to 171 units of permanent supportive housing (photo by John Anderson)

City Council has approved a combination of state housing tax credits, funding from the 2018 housing bond, and operational funding through a new Local Housing Voucher program to bring 171 units of permanent supportive housing to a site in North Austin at 1934 Rutland Drive.

Known as Espero at Rutland, the project will be a partnership between Caritas of Austin, which provides supportive services to people experiencing homelessness in Austin; the Vecino Group, a national affordable housing developer that has built similar supportive housing projects in other areas; and the Austin Housing Finance Corporation. AHFC will own the land and lease it to Caritas and Vecino Group; Vecino will manage development of the property, while Caritas will provide supportive services to residents living at the site.

The 171 studio apartments will be rented exclusively to people earning no more than 60% of Austin's median family income: 117 units will rent to people earning under 50% of the MFI ($48,800 for a family of four); 27 units will be for people at 60% MFI; and another 27 units are earmarked for those at 30% MFI (for families of four, that's $58,550 and $29,300, respectively). It will be the largest development of its kind in Austin. (Waterloo Terrace, a similar project developed by Foundation Communities, broke ground in April 2019 and will bring 132 units of supportive housing to Northwest Austin near The Domain.)

All of the apartments will be rented to people in need of supportive services, but 101 units will be reserved for people coming from the local Continuum of Care, led by the Ending Community Homelessness Coalition. People who enter the CoC through a coordinated assessment – a social and health exam that determines what level of care and support a person will need to resolve their homelessness – will be referred to the project.

A project like this is the type ECHO has said Austin is in desperate need of: a place where people departing from chronic homelessness can have convenient access to social services and medical care that is often neglected when living on the street or in a shelter. What makes this specific project unique is the mix of funding sources.

Initially, Caritas and Vecino Group sought to develop the Espero project alongside a similar supportive housing development near West Campus with a 9% tax credit offered through the Texas Department of Housing and Community Affairs' Low Income Housing Tax Credit program. The 9% tax credit is the more valuable of the two LIHTCs offered by TDHCA, but it is also competitive; projects are scored on a points system, similar to the way AHFC scores projects before awarding capital funding. But a change to the program's definition of "supportive housing" disqualified Caritas as the service provider at both projects, so the applications were rejected. Caritas and Vecino appealed the decision at the May 21 meeting of the TDHCA governing board, where Mayor Steve Adler and Council Members Greg Casar and Kathie Tovo spoke in favor of reinstating the two applications. The board voted to deny the appeal.

Espero at Rutland is the type of project Austin is in desperate need of: a place where people departing chronic homelessness can have convenient access to social services and medical care that is often neglected when living on the street or in a shelter.

After the disqualification and failed appeal, Caritas and Vecino formulated a new proposal for a 4% tax credit through TDHCA – but only for the Rutland project. It's unclear why the project on W. 24th Street was not pursued after the appeal failed, but the Rutland project was. At 24th Street, there could have been much greater political resistance from West Campus neighbors; no such resistance has thus far been raised against the Rutland project – a reflection, perhaps, of the power that whiter, wealthier neighborhoods have compared to poorer, majority Black and Latinx neighborhoods. But Caritas Executive Director Jo Kath­ryn Quinn tells the Chronicle that the partners aren't preoccupied with why the W. 24th Street project didn't work out; they're focused on the Rutland property. "We strategically decided to move forward with the Rutland property," Quinn told us. "We just had more flexibility there."

The state denial of the 9% tax credit created a funding gap that the city had to help fill, Casar told us. The city was able to close the gap, but Casar notes that less funding from the state means that the project will be able to help fewer people. "The state denied funding to this project for no good reason," he said, "but I'm proud of how City Council and the Housing and Planning Department stepped up to make sure this would happen. Austin needs to swim upstream to create housing options, but it's really important for federal and state government to step up, too. This is a case where state government could have helped many more people with more funding, but they chose not to do that."

Ultimately, Espero at Rutland will receive about $3 million in state funding, compared to about $8.5 million in local funding. The partnership was eventually able to secure the 4% tax credit, but with less capital funding than anticipated, they needed to find a way to make operations more financially viable. Enter the Local Housing Voucher program, which was created with $3.6 million from the Housing Trust Fund when Council adopted the fiscal year 2020-2021 budget in August. Typically, financial support from AHFC is for one-time capital expenditures to acquire land and construct the housing on top of it. (Espero has been awarded $3 million from the Housing Trust Fund and $5.5 million from the 2018 housing bond.)

But LHVs will operate more like Housing Choice Vouchers (formerly known as Section 8) and project-based vouchers, which are backed by the federal government (really, more like the latter, since specific projects will be subsidized). Both programs are used to subsidize affordable housing, but both are severely underfunded (in 2014, estimates found that only 24% of people eligible for Section 8 vouchers received them), so the city is going to offer its own operational subsidy.

That operational financing will be critical to opening the development, Quinn said. "The state funding will be a large share, but the city is making a really large investment because they want to see this project happen. ... We are going to target people on the coordinated entry list who are unsheltered, so this will be the first housing-first project that will be open to the general population of people experiencing homelessness."

Under current projections, Espero at Rutland is expected to break ground next summer and begin leasing to tenants in late 2022.