Top 10 Local Quotes of the Year 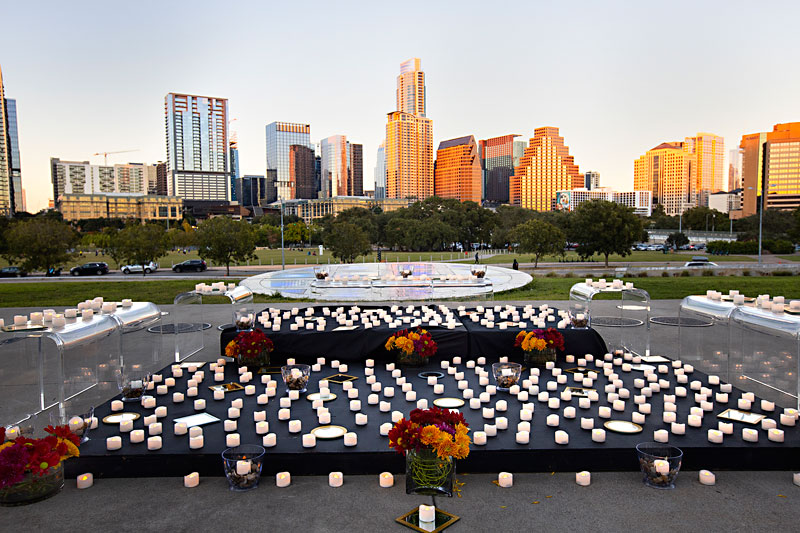 Austin Public Health and students of Dell Medical School set up a display Thu., Oct. 29, outside of the Long Center for the Performing Arts with 450 candles to remember Austin-Travis County residents who had died from COVID-19 as of Oct. 29. On Dec. 15, APH reported 507 Austinites had died from COVID-19 since the beginning of the pandemic. (Photo by Jana Birchum)

1) "It's almost ipso facto – the more that you have people out there the greater the possibility there is for transmission."

– Gov. Greg Abbott in a leaked recording, reportedly of a May 1 call with Texas lawmakers about reopening businesses amid the COVID-19 crisis (May 8)

2) "This ruling is certainly not a vindication for any of the Defendants or for the systems in Travis County that continue to fail survivors."

3) "Stay home, watch Netflix and cable, rest, and help us prevent others from getting infected."

4) "The Court finds the Grim Reaper's scepter of pandemic disease and death is far more serious than an unsupported fear of voter fraud in this sui generis experience."

– U.S. District Judge Fred Biery in his May 19 ruling legalizing Texas vote by mail during pandemic (May 22)

6) "People all across this community, across this state, and across the country have made it resoundingly clear that they are ready for the kind of transformative change we've promised."

– Shinyribs frontman Kevin Russell at the "Come and Save It" rally outside City Hall on Nov. 19 (Nov. 27)

10) "Someone could look at me and say, 'He traveled.' But what they could not say is that I traveled at a time when I was telling other people not to travel."