Ten Key Moments in Austin's Year With the Coronavirus

1) March 6: SXSW Canceled For the first time in 34 years, the multimedia South by Southwest Conference and Festivals were canceled, as Mayor Steve Adler and then-­Travis County Judge Sarah Eckhardt declared a local state of disaster in light of growing fears about a potential outbreak of COVID-19, the disease caused by the novel coronavirus. 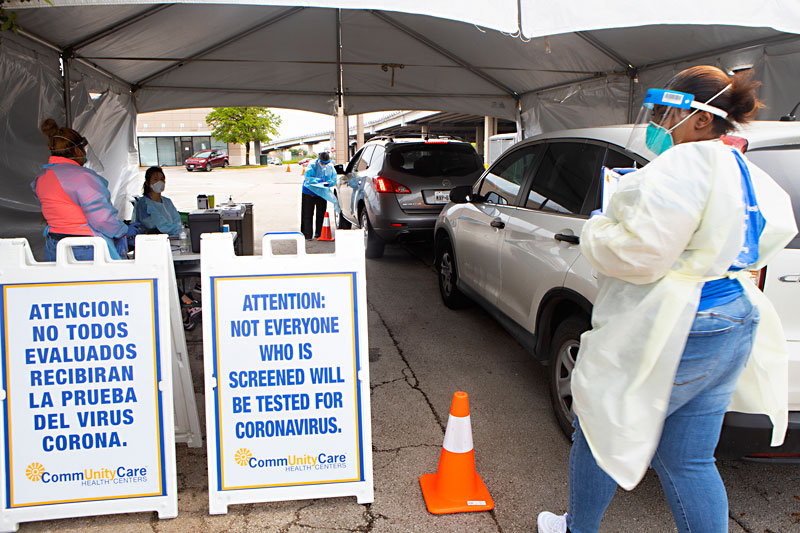 2) March 13: COVID-19 Hits Home Austin Public Health officials announced that two people in Travis County were presumed to have contracted the novel coronavirus, making them the first cases of COVID-19 identified in Travis County. The announcement set off a chain reaction over the next 36 hours, as Austin ISD and UT canceled classes for the day and APH urged event organizers to "strongly consider" canceling or postponing events expected to exceed 250 people. The next day, the city and county prohibited such gatherings.

3) March 17: Closing Time (Part 1) Austin and Travis County closed bars and suspended dine-in service at restaurants for six weeks under new orders aimed at slowing the spread of COVID-19. These emergency orders also lowered from 250 all the way down to 10 the maximum number of people allowed to gather, excluding a number of "critical facilities" such as schools, grocery stores, and mass transit.

4) March 24: Stay Home, Work Safe, Mask Up The city and county issued a public health order dubbed "Stay Home, Work Safe," requiring residents to shelter in place at home and nonessential businesses to cease on-site operations, with exceptions for essential work and activities. On April 13 – the day on which the orders were set to expire – officials extended them until early May while also adding a face-mask mandate.

6) May 5: Needless Deaths, Foretold The day after Gov. Greg Abbott issued an executive order allowing more businesses to reopen, the Texas politics newsletter Quorum Report broke the news that, in leaked audio of a conference call, Abbott told state lawmakers that reopening "will lead to an increase in spread." Only a week prior, Texas had experienced its highest number of new COVID-19 cases and deaths since the onset of the pandemic. 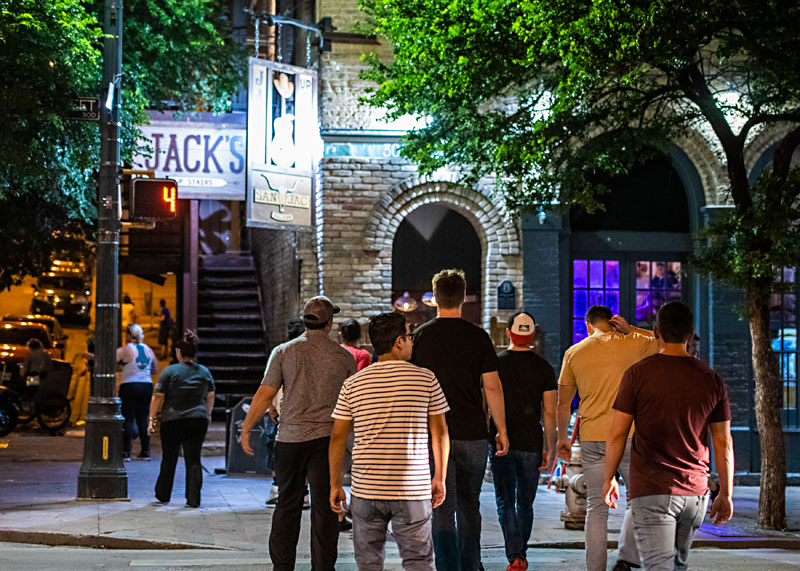 7) May 13: Color-Coded Risk Austin Public Health debuted its "COVID-19 Risk-Based Guidelines." The color-coded chart sets out five levels of risk – Stage 1 being the least concerning and Stage 5 the most serious threat – along with recommended behaviors for each stage. At the time, APH considered the city and county to be in Stage 3. Local officials, unable to mandate orders to shelter in place after Texas Attorney General Ken Paxton's threat of legal action, were limited to recommending that people avoid gatherings and nonessential activities.

8) June 26: Closing Time (Part 2) Abbott reimposed a shutdown of bars and reduced allowable restaurant capacity from 75% to 50% in the wake of a dramatic surge in COVID-19 cases, hospitalizations, and deaths across the state following his enthusiastic "back to normal" Open Texas plan, launched in early June. Abbott would later (in October) allow bars to reopen at 50% capacity if so authorized by their county's leaders; to date, Travis County Judge Andy Brown (following the lead of his interim predecessor Sam Biscoe) has not given bars the green light.

9) Dec. 2: Adler in Cabo News broke that Mayor Steve Adler traveled to Cabo San Lucas, Mexico, in early Nov­ember, the day after hosting a wedding ceremony for his daughter at South Congress' Hotel Saint Cecilia. Twenty guests attended the ceremony, and Adler confirmed eight members of the wedding party accompanied him on the private jet to Cabo, where on Nov. 9 he recorded and posted a Facebook video urging Austinites to stay home.

10) Dec. 16: State of COVID Today On Dec. 11, Austin Public Health announced that 500 people in the Austin-Travis County area had died from COVID-19 since the beginning of the pandemic. The grim milestone came days before the first doses of the Pfizer COVID-19 vaccine in Austin were administered on Dec. 15 at UT Health Austin, one of eight providers in Travis County who will receive the initial shipment of vaccine. As of Dec. 15, a total of 43,469 cases have been confirmed in Austin-Travis County, with 507 deaths and 297 hospitalizations.