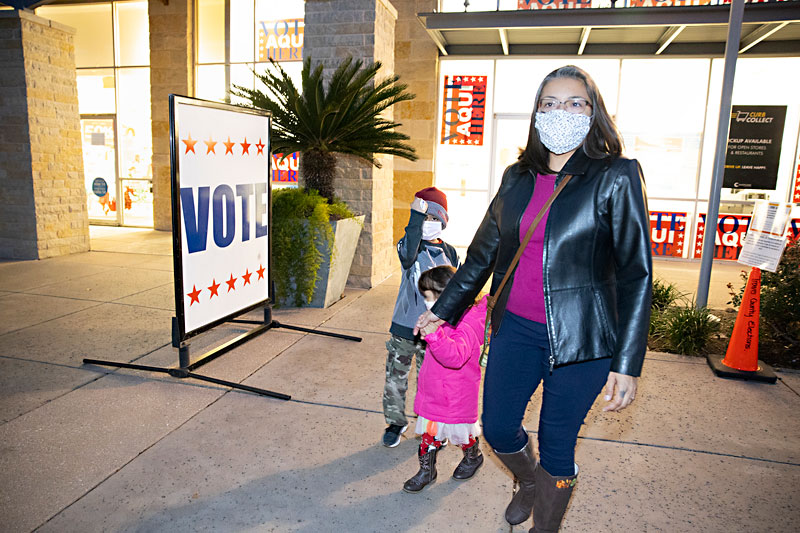 Lynn Boswell will be the new representative for District 5 on the Austin ISD Board of Trustees, after winning her run-off against Jennifer Littlefield by a nearly 10% margin Tuesday night. Boswell had also finished first – albeit much more narrowly – in the Nov. 3 election against Littlefield and third-place finisher Piper Stege Nelson.

All of the candidates addressed educational equity in their campaigns. "I gambled that District 5 was looking for that conversation," said Boswell about the Westside district that's home to some of Austin's wealthiest neighborhoods. "I think that the wisdom for a long time has been that someone who was willing to talk too openly about that was not going to be the voice in our district."

A documentary filmmaker who once served as president of the Austin Council of PTAs, Boswell wants to work on improving communication between the district and community, and rebuilding trust. Regarding COVID-19, she said working to retain teachers should be a priority, particularly into the spring semester. "The policies in place are causing teachers to really have to make extremely hard choices about whether they stay or go." She called the pilot program crafted by Education Austin and district leadership to allow more teachers to work from home a promising option, and she hopes to find other collaborative solutions to enhance both in-person and virtual instruction.

In the race for the districtwide At-Large Place 8, early voting results showed Leticia Moreno Caballero with a narrow edge, but Noelita Lugo pulled ahead by night's end to take 52% of the vote to Caballero's 48%. On Nov. 3 Caballero, who had been endorsed by outgoing P8 Trustee Cindy Anderson, finished 16 percentage points ahead of Lugo in a four-way race with Mike Herschenfeld and Jared Breckenridge.

Lugo, founder of the anti-closure Save Austin Schools, shares Boswell's priorities on educational equity and rebuilding community trust. "I think this particular win – not just mine, but also the District 5 win – really shows us that our city and the voters across our city, we are craving social justice and equity." Part of Lugo's vision for education equity involves focusing on authentic engagement and co-creation of solutions between the community and the district.

Lugo also intends to focus on AISD's declining enrollment, an issue that predates the COVID-19 pandemic but which has been exacerbated by the health crisis. She believes creating a re-enrollment plan is possible and would help restore families' trust in public schools.