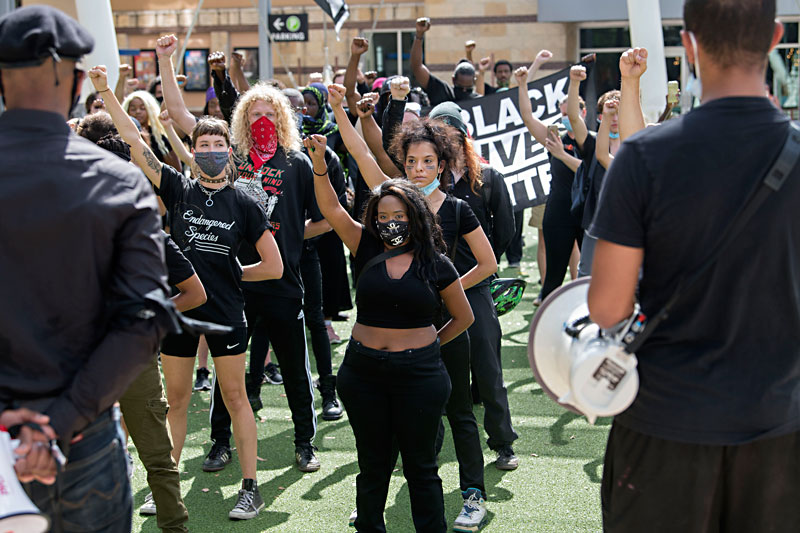 Coming on the heels of the BlueLeaks hack of national intelligence "fusion centers" that we've covered at the Chronicle, recently published documents reveal that the Austin Regional Intelligence Center continued its monitoring of numerous events this summer connected to the Black Lives Matter movement. As obtained by The Intercept and confirmed by the Austin Police Department as legitimate, the events that ARIC reported on included an online Juneteenth festival.

ARIC, which is operated by APD, is one of many fusion centers recognized by the U.S. Department of Homeland Security. As a response to the perceived failures of intelligence-sharing that enabled the 9/11 attacks, centers like ARIC were designed to "fuse" information gathered by local law enforcement agencies and the private sector that could help avert terrorism and criminal activity. The two "Informational Bulletins" obtained by The Intercept were published in June and July, after the BlueLeaks hack became public. They contain 24 event listings connected to BLM, along with two "Back the Blue" events in support of law enforcement.

“If events such as the ‘Stay Black and Live’ festival are fair game to be monitored by police under this standard, what isn’t fair game?” – Texas Civil Rights Project attorney Peter Steffensen

A heading on each bulletin acknowledges that ARIC "safeguards" First Amendment rights by only reporting on "activities where the potential use of incitement rhetoric could be used to instigate acts of violence." But none of the events listed in the bulletin featured such rhetoric, including the virtual Juneteenth "Stay Black and Live" festival hosted by the Carver Museum and streamed online. With music, spoken-word performances, and a presentation by Council Mem­ber Natasha Harper-Madison, the event took place without incident. Another entry lists a "Sandra Bland Day, a Celebra­tion of Life" that also took place at the museum with Harper-Madison as a featured guest.

ARIC Deputy Director Ron Phillips told the Chronicle, "Understanding that threats are frequently made online, whether an event is planned to be virtual or [as] an in-person gathering, we will always do our best to ensure a safe environment for anyone attending any event we are aware of." He added that "ARIC completely understands concerns as they may relate to 'monitoring' protests or events" and maintained that "we do not continually monitor protests or events."

However, ARIC monthly reports included in BlueLeaks revealed that its analysts have "provided real-time open-source analysis support" for local law enforcement around many public political events, including Women's Marches, March4Trump, pro-impeachment rallies, abortion protests (both pro- and anti-), and other calls to action. Texas Civil Rights Project attorney Peter Steffensen, a designated community advocate on ARIC's Privacy Policy Advisory Committee (which other fusion centers do not have), "respectfully disagrees" with Phillips. "The mere possibility that an online event may give rise to unspecified threats does not serve as a sufficient basis for the continued monitoring of that event by police. At a minimum, ARIC should be able to point to specific, articulable, imminent threats to public safety or a person's physical well-being," he asserted.

In an email to The Intercept, Harper-Madison said, "The Austin Police Depart­ment is charged with the safety of our City. It is imperative that they follow policy, show restraint, and compassion to ensure their own safety and that of our community."

Throughout the bulletins, entries consistently note that protests are expected to be peaceful. However, an InfoWars-organized "Back the Blue" listing does warn of potential counterprotests. It includes a social media post by @atxprotests warning, "NOT a friendly protest ... If you'll be there, be careful & stick together." An ARIC analyst described @atxprotests as "primarily an informational outlet for anti-police and racial justice rally events." "Infowars personality Savannah Hernandez [who] announced this event" was cited as ARIC's source.

A June 20 protest by Star Power Blac Kollective is the only event listed that presents the potential for the kind of "imminent" public safety concern cited by Stef­fen­sen, with its host announcing, "This is a protest to interrupt the city streets," suggesting the march will be unpermitted. But like all the other entries, there is no specific mention of an expectation of potential violence.

For Steffensen, the inclusion of the virtual Carver Museum festival "highlights one of the biggest weaknesses of ARIC's privacy policy," which uses sweeping language that can support fairly broad operational guidelines, such as "the collection of information that is, for example, 'useful ... in the administration of justice and public safety.' If events such as the 'Stay Black and Live' festival are fair game to be monitored by police under this standard, what isn't fair game? I think the answer is 'nothing.'" Steffensen hopes "to work with ARIC to revise this broad language into a narrower and more rights-protective standard." 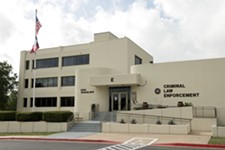