After Close Races, Candidates for AISD Board Face Off Again in the Run-Offs

Winners in District 5, At-Large Place 8 to face decisions on remote learning, school closures alongside other trustees

The 2020 election cycle isn't over yet, Austinites. Voters across the city have already begun the process of selecting two more trustees in run-off elections for the Austin ISD Board of Trustees, with early voting beginning today, Dec. 3, and running through next Friday, Dec. 11, and election day on Tuesday, Dec. 15. The AISD races furthest down the ballot, for District 5 and At-Large Place 8, will let voters elect two new members to the dais to set AISD's priorities and budget, oversee its superintendent, and make decisions on remote learning and school closures. After all four AISD elections recorded their highest turnout in history this November, turnout at the run-offs remains an open question.

The District 5 race to replace West Aus­tin's current representative, Amber Elenz, was incredibly close in the Nov. 3 general election, with barely 600 votes keeping Lynn Boswell ahead of Jennifer Littlefield; neither got over 40% of the vote. Boswell, who has been endorsed by former candidate Piper Stege Nelson and teachers union Education Austin, built on her past as former president of the Austin Council of PTAs and experience with state-level education funding advocacy. Littlefield, who has been endorsed by Elenz, has campaigned around her experience on the Facilities and Bond Planning Advisory Committee, which was responsible for assembling AISD's history-making $1 billion bond package in 2017.

In At-Large Place 8, a race which covers all of AISD, candidates Leticia Moreno Caballero and Noelita Lugo are wrapping up their campaigns. Caballero, who got over 46% of the vote in November and an endorsement from outgoing P8 Trustee Cindy Anderson, served as a tri-chair on the same bond committee as Littlefield; currently, Caballero is vice chair of Austin Ed Fund, the district's nonprofit public education foundation. Lugo received 30% of the vote, plus an endorsement from candidate Jared Breck­en­ridge, who earned 11%. Lugo, co-founder of Save Austin Schools, gained prominence last year as an anti-school-closure activist, and has run on a ­platform of promoting equity and preventing similar campus closures if elected.

Littlefield and Caballero have planned campaign events together and share many of the same supporters, including current trustees Elenz and Anderson. Lugo and Boswell have also aligned themselves and share endorsements from Education Austin, among other organizations. 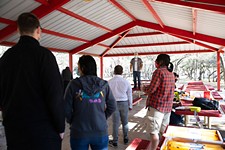 Alter Holds Onto Her Council Seat, While Flannigan Is Narrowly Defeated
A tale of two incumbents in the run-off election 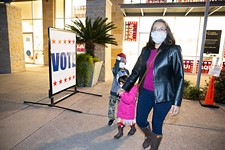