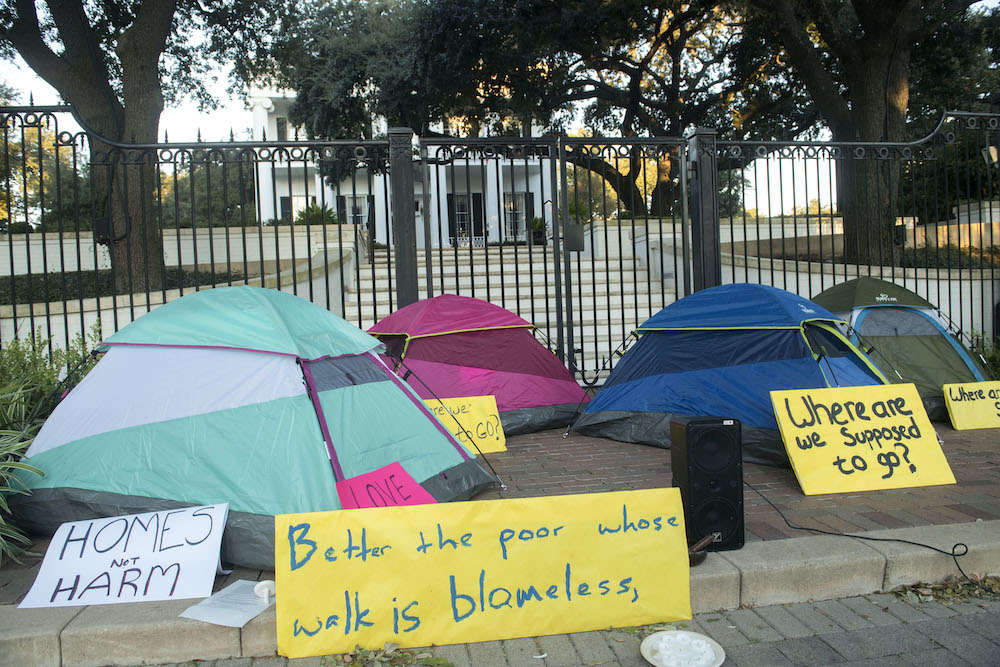 Save Austin Now, the "educational nonprofit" founded by Travis County GOP Chair Matt Mackowiak with support from the Austin Police Association and and other conservative benefactors*, has filed a lawsuit challenging the city's rejection of its ballot initiative to reverse City Council's 2019 votes decriminalizing homelessness.

The group alleges that City Clerk Jannette Goodall "inappropriately" threw out signatures on its petition, which failed this past summer to meet the threshold required for a spot on the November 2020 ballot. The city charter and state law require that petitioners gather signatures equal to 5% of voters registered in the last election, which amounted to 20,000 signatures. SAN submitted 24,598 signatures, but a statistical analysis of 6,051 signatures performed by Goodall found that 1,147 of them were invalid. Based on those results, Goodall concluded that the likelihood of the petition surpassing 20,000 valid signatures was "less than one in three billion."

This validation method is allowed under state law, but SAN doubts the results. In a news release Mackowiak said, "We believe as many as five justifications used to throw out signatures were inappropriate," although he did not identify what those were. In August, a city spokesperson said invalid signatures on the SAN petition included some duplicates, some from people not registered to vote, and some petition forms (which SAN had mailed to every Austin address) that were not dated or signed.

Russell Horton, the attorney representing SAN, did not return requests for comment. In a statement, a city spokesperson said: "The City of Austin follows well-known State law and City requirements for all citizen initiatives – regardless of the subject matter. Signature validation is a legal requirement that the City Clerk must undertake with every petition. It is important and time-consuming work, and the Clerk is careful to ensure that everyone involved follows all necessary protocols. We are confident in the integrity of the process the Clerk followed, and are frankly disappointed to have received this lawsuit after the election, and just over 15 weeks after the end of the signature validation process."

Editor's note: This article originally listed the Greater Austin Crime Commission as a supporter of Save Austin Now; it is not. The Chronicle regrets the error.