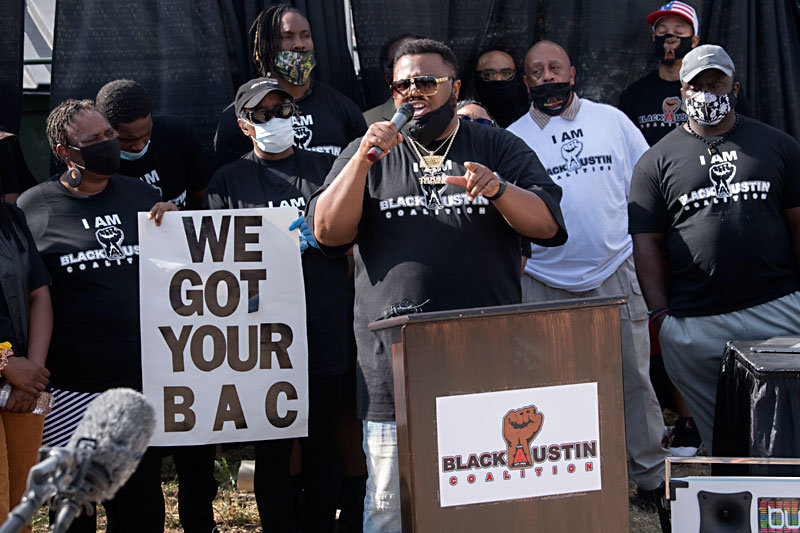 Local musician Nook Turner of Black Austin Coalition speaks at a Nov. 14 press conference where BAC announced a proposal for the city to provide economic restitution for Austin’s Black community in an effort to rectify Austin’s mistreatment of the Black community by the city’s 1928 Master Plan, which segregated Black Austinites to East Austin. The coalition’s proposed plan would distribute $500 million over 10 years, and establish the city’s first-ever African American Embassy. (Photo by John Anderson)

Austin High School closed Mon., Nov. 16, after a rise in COVID-19 cases. The school could open Thu., Nov. 19, depending on testing data gathered this week. See "Amid COVID-19 Spread, AISD Benchmarks Its Future."

It Never Stops, Huh? Texas Attorney General Ken Paxton's rap sheet of scandals knows not the limits of time (nor ethics) apparently as the Texas A.G. is now reportedly being investigated by the FBI into claims that Paxton broke the law to help campaign donor and friend, Austin real estate developer Nate Paul.

Bigoted Birds and the Bees: The State Board of Education is expected to vote Fri., Nov. 20, on new statewide standards for teaching sex education and health in public schools. The proposed revisions recommend students receive "abstinence­-plus" (as opposed to "abstinence only") instruction at younger ages. However, the GOP-dominated board rejected amendments earlier in the fall that would teach kids consent, as well as sexuality and gender identity and expression.

COVID-19 and Corrections: Between April and early October, 190 state prisoners and 14 state and county inmates died of COVID-19 in state lockups, according to a UT LBJ School of Public Affairs study. That mortality rate is 35% above the national average for prison systems and nearly 2.5 times higher than the COVID-19 death rate for Texas as a whole. See more online.

Traffic Stop Disparities: In 2019, Black and Hispanic drivers in Austin were stopped by the Austin Police Department at disproportionately higher rates than their percentage of the population, according to a new report by the Office of Police Oversight, Office of Innovation, and Equity Office, released this week.

Paint the Party Red: The Travis County Democratic Party headquarters in East Austin was vandalized Monday night, with damage to the building's front doors and red graffiti writing on the outside walls. No TCDP staff or volunteers were injured, said party officials. 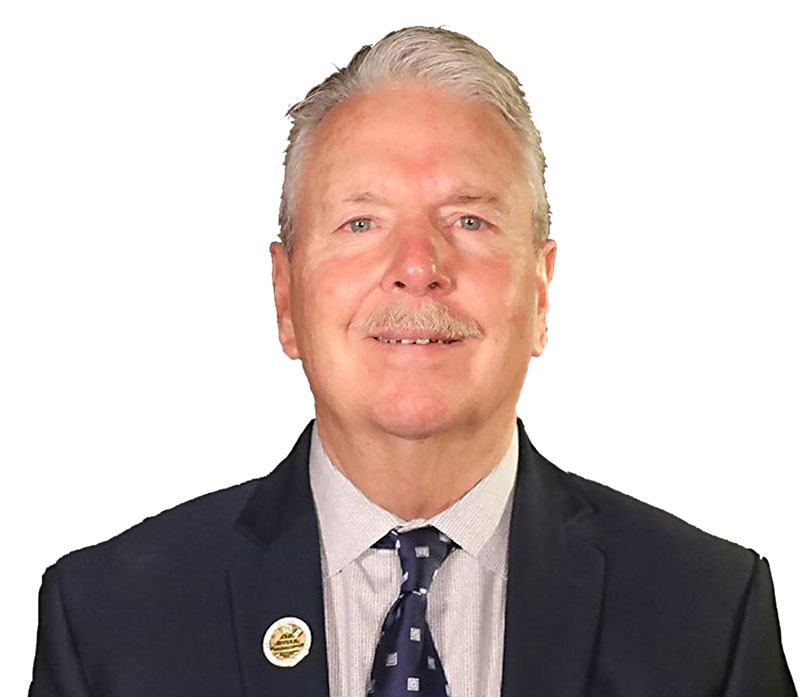 "I guess El Paso is too far for Paxton to comprehend that we too are his constituents."