Will the GOP Return to City Hall? 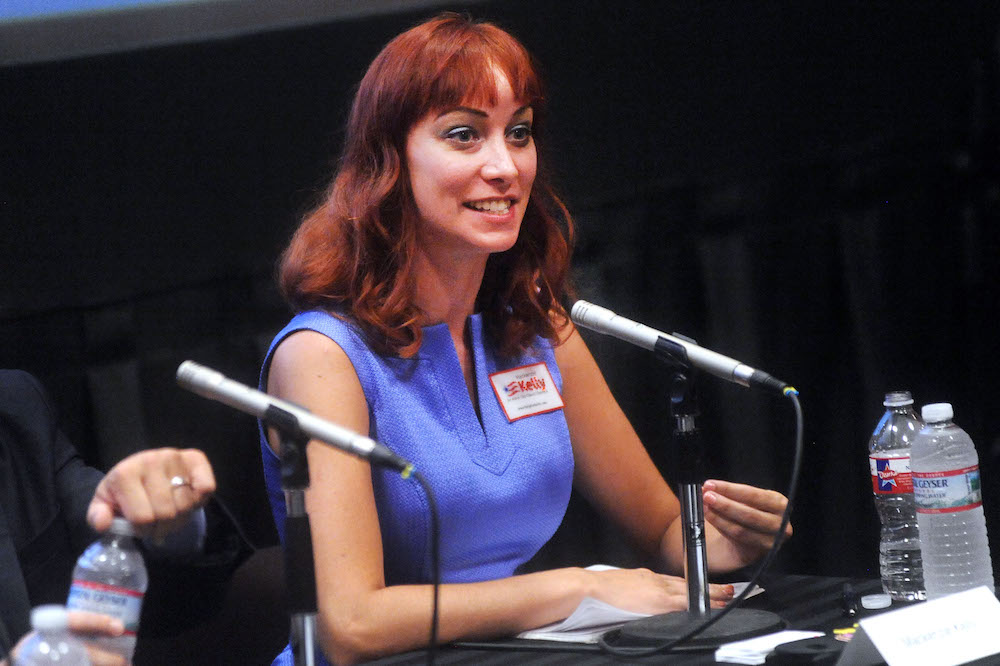 City Council incumbents Jimmy Flan­ni­gan and Alison Alter will once again face off against conservative challengers in Decem­ber's run-offs. That's not a big surprise, given that the District 6 and District 10 incumbents faced multiple challengers (three for Flan­ni­gan, six for Alter) in the two Council districts with the most Republican voters. But Mackenzie Kelly finishing very close behind Flannigan in D6 and Jennifer Virden beating two better-known challengers to face Alter in D10 have imbued each race with symbolic importance for Austin progressives. Kelly and Virden both ran furthest to the right of all candidates in any of the Council races, specifically campaigning hard against City Council's votes to decriminalize homelessness and to reallocate funding from the Austin Police Depart­ment toward public safety alternatives.

Even if elected, it's unlikely that Kelly or Virden could make good on the central promises of their campaigns – reinstating the public camping ban and restoring funding to APD. At this point, there is no will among Council members to backtrack on either of those issues; while Alter was one of three CMs to vote against the homelessness measures in July 2019, the votes on APD funding have been unanimous. But their victories would be viewed as a repudiation of those progressive policies, and the return of right-wing voices to the dais could slow down City Hall as it aims to advance greater equity in public safety and public health.

“I hate to let out our secret, but we were doing canvassing all the way through. It’s one of the most important aspects of our campaign.” – Andy Hogue, communications director at the Travis County Republican Party

So the stakes are high in both run-offs. It's not that clear where the votes for candidates who did not make the run-off will go, if those voters even come back at all in Decem­ber. Thus far, Jennifer Mushtaler, who finished third in D6, has declined to endorse Flan­ni­gan. Even though Mushtaler ran as a Democrat, her positions on homelessness, police spending, and the Land Development Code were all significantly to his right. In D10, neither third-place finisher Pooja Sethi – who tried to run as a more progressive alternative to Alter – nor fourth-place Robert Thomas, known for his service as a Republican state official, responded to questions from the Chronicle about endorsing in the run-off.

A bright spot in the November results for both Flannigan and Alter is that both of their districts remain heavily Democratic, with just a few precincts voting for Donald Trump or John Cornyn and most going to President-elect Joe Biden and MJ Hegar. (Yes, we know City Council races are "nonpartisan" – but no one really believes that.)

But in Williamson County, Flannigan won 43% of the vote. He has deep Democratic roots in the county, and the Williamson County Dem­o­cratic Party endorsed him, even though Mushtaler, also a Democrat, was running. The WilCo Dems, like most county parties, generally refrain from endorsing in races that have multiple candidates representing their party, but WilCo Dem Party Chair Kim Gilby told the Chronicle the executive committee made an exception when Flannigan asked for the party's endorsement. "Jimmy's a known factor here in WilCo," Gilby told us. "He's really worked hard. We have precinct chairs who really think the world of him." Much of D6's territory in WilCo is represented by state Rep. John Bucy III, with whom Flannigan has worked closely and who won reelection by a comfortable margin on Nov. 3.

The Travis County Democratic Party declined to make the same exception, although the Flannigan campaign also requested an endorsement. Flannigan campaign manager Amy Everhart thinks the party endorsement in WilCo and lack of one in Travis County can partially explain the difference in Flannigan's vote share between the two counties. "It's clear that WilCo being brave and bold by endorsing Jimmy helped," Everhart said. "They had people block-walking with Jimmy's name on their slate cards and that was a big help." TCDP Chair Katie Naranjo tells us that the party will consider endorsing both Flan­ni­gan and Alter at a Nov. 15 meeting – likely just a formality, given the clear distinction in party affiliation between the incumbents and challengers in both races.

The partisan split is even clearer in D10. There, only one of the district's 29 precincts went for Trump, but eight went to either Virden or Thomas. In all, about 52% of voters chose either Alter or Sethi, also a Democrat. The Alter campaign is confident that its mission, like that of the Flannigan campaign, will be to highlight links each challenger has to outgoing President Trump. Virden donated to the Trump campaign in 2020, and Kelly has latched on to the GOP (see "APD Officers, Proud Boys, and Candidates Don’t Mix"), though both challengers think party affiliation won't have much impact on the run-off.

Campaigns are also questioning what role door-to-door canvassing played in these two elections. Traditionally, downballot races are greatly aided by staff and volunteers block-walking neighborhoods to have face-to-face conversations, and this method of campaigning is especially important in swing districts with more undecided or independent voters. In Austin as in the rest of the nation, Democrats generally declined to canvass, citing public health concerns during the pandemic, while Republicans continued to knock on doors throughout the summer and fall.

That is expected to change for the run-off. The Flannigan campaign tells us that they have decided – with support from staff and volunteers – to begin knocking on doors to talk with voters (while wearing masks and social distancing). "It's widely known that door-to-door canvassing is the most important thing to do in any kind of campaigning or advocacy," said Jacob Aron­o­witz, field director for the Flannigan campaign. "In a run-off environment, it's really important people know they have another chance to have their voice heard."

The Alter campaign is still discussing whether to canvass; given the demographic makeup of D10, it's conceivable that Alter could mobilize enough Democratic voters to win in December without needing to knock on doors. But for GOP campaigns, the choice to canvass was made easy by the politicization of COVID-19 and the public health measures promoted to slow the spread of the virus. For some GOP voters, a candidate ignoring public health recommendations was a sign of agreement with the Republican message that precautions taken against the virus have been more damaging than the virus itself. The opposite could be said for some Democratic voters.

Andy Hogue, communications director at the Travis County Republican Party and a volunteer with Kelly's campaign, said block-walking was an important part of its success in both D6 and D10. "I hate to let out our secret, but we were doing canvassing all the way through. It's one of the most important aspects of our campaign."

Council Balks at Deadline Pressure on Police Contract
Under the gun 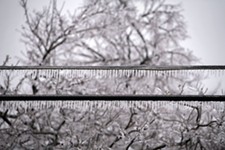 As Austin Recovers From Winter Storm Mara, City Manager's Job Is (Again) on the Line
Walking on thin ice