Record Number of Votes Were Cast in AISD Board Races. The Run-Offs Will Be a Different Story. 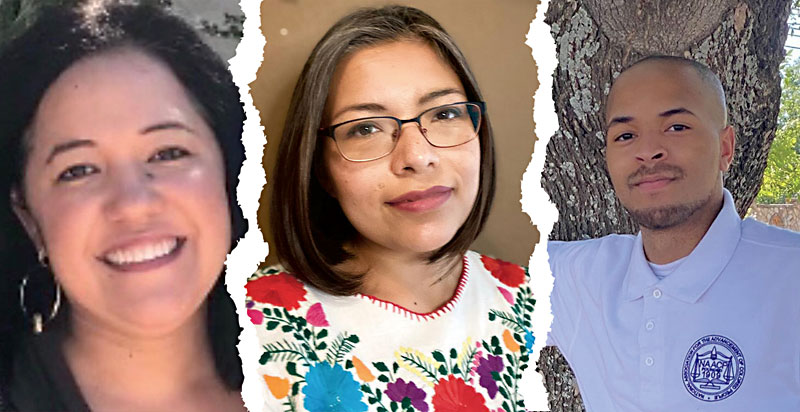 After the 2020 November general election saw the most votes ever cast in Austin ISD board races, the two run-offs will be a different story, as voters in West Austin's District 5 and across the district for the at-large Place 8 will turn out in much decreased numbers on Dec. 15.

That's assuming the patterns seen in past cycles hold true. In 2018, after 180,862 Austinites voted in AISD's At-Large Place 9 general election, only 25,526 ballots were cast in the run-off, an 86% drop. Results from the general do not always carry over into the run-off: Arati Singh, who came in second in November 2018, dominated the run-off with 60% of the vote. The last AISD run-off before that, in 2014, included both single-member and at-large seats, with less than half the turnout of the general.

A predicted lower voter turnout for the run-off may intensify the already close race in District 5. Only 581 votes separated plurality-winner Lynn Boswell and Jennifer Littlefield in the general election.

A lower turnout may intensify the already close race in District 5. Only 581 votes separated plurality-winner Lynn Boswell, a filmmaker and past president of the Austin Council of PTAs, and Jennifer Littlefield, an attorney and member of the committee responsible for planning AISD's $1 billion bond in 2017. Neither earned more than 40% of the vote, as Piper Stege Nelson, chief public strat­egies officer at the SAFE Alliance shelter, took 25%.

The vote was geographically split in the primary, with Nelson leading in the most northeast sections of District 5, around UT. Littlefield led in the southwest part of the district, while Boswell gained ground closer to Downtown. However, most precincts were divided: A candidate won outright in only four of the district's 35 precincts.

Nelson praised the friendliness and common goals of all candidates in her concession statement, and endorsed Boswell this Monday. Boswell said in a statement that she and Nelson "were the two candidates who: consistently pushed back on charters [and] championed equity, transparency and investment." Boswell, who has touted her equity work with the ACPTA and experience with school finance advocacy, has raised just over $23,000 through Oct. 24, including thousands from teachers' union Education Austin. Littlefield, who focuses on her experience as a current District 5 parent and a member of 2017's bond committee, has received fewer endorsements but outraised Boswell, spending over three times as much as her through Oct. 24.

Place 8 is perceived as a race between AISD establishment experience and more radical reform. The general election saw Leticia Moreno Caballero, a tri-chair of the 2017 bond committee, come away with 46% of the vote – and over 111,000 votes, the most any AISD board candidate has ever received. Caballero, who also leads the AISD-focused charity Austin Ed Fund, has focused her campaign on AISD's achievement gaps and enrollment and budget concerns. Caballero drew a plurality of the vote in all but five precincts.

However, the run-off election may be closer than the 2-to-1 margin between the top two candidates in the general. Noelita Lugo, the highest fundraiser of any candidate, got 30% of the vote; she portrays herself as a policy wonk and committed activist who can shake up AISD from the inside. Endorsed by groups including union Education Austin, she gained prominence after founding the Save Our Schools group during 2019's "School Changes" process, when her children's school, Pease Elementary, was closed.

Lugo has room to grow in the run-off by picking up supporters of Jared Brecken­ridge, a Huston-Tillotson student who advocated against school closures in 2019 and earned the endorsement of Chas Moore of the Austin Justice Coalition. Breckenridge earned 11% of the vote and even outperformed Lugo in some precincts. He publicly endorsed Lugo, in addition to Boswell, the day after the election.

The fourth candidate, Mike Herschen­feld, received 13% of the vote after campaigning with the goal of eliminating school boundaries in AISD, arguing that boundaries only worked to perpetuate racism and segregation. Herschenfeld, a newcomer to Austin who served on the Boundary Advis­ory Committee before running, has not made a public endorsement in the run-off. He garnered most of his votes from West Austin, especially northwest areas.

For many in Austin, the Place 8 run-off between Caballero and Lugo will be the only race on the Dec. 15 ballot. However, there will be hotly contested City Council run-offs in high-turnout districts 6 and 10; while D6 lies mostly outside of AISD, D10 has significant (though not exact) overlap with D5.