Back to business at City Hall 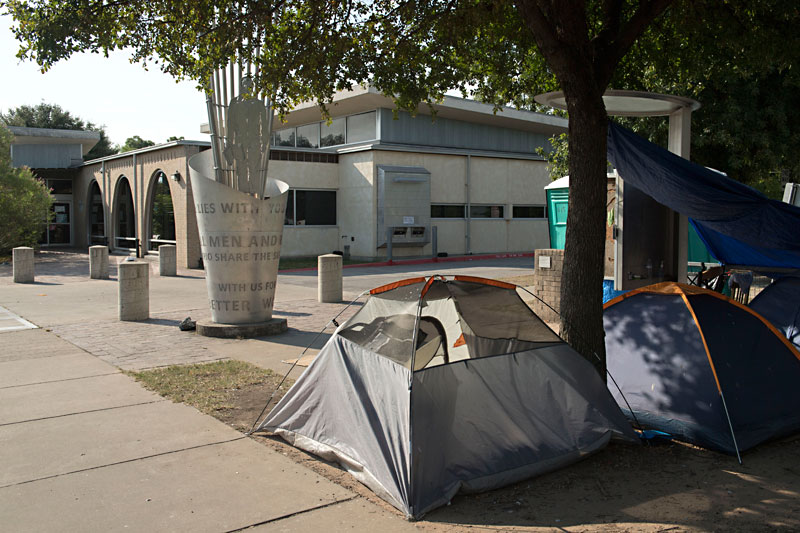 Council is considering moving the DACC to a new site; currently the court is operating out of the Terrazas Branch Library. (Photo by John Anderson)

City Council meets today, Nov. 12, for its first post-election meeting. Jimmy Flanni­gan and Alison Alter still have campaigning on their minds as they prepare for December run-offs (see "Will the GOP Return to City Hall?"), but regular business resumes at City Hall.

On the agenda is approval for staff to negotiate and execute a contract with Kroll Associates Inc., an investigative and risk consulting firm based in New York City, which will be tasked with conducting a sweeping audit into the culture and practices of the Austin Police Department. Council approved such an audit on Dec. 5, 2019, following revelations that a former assistant chief soared through department ranks despite allegations that he regularly used bigoted language.

“I’m afraid if we approve this there’s going to be a lot of angry residents, because it’s in the middle of a residential neighborhood.” – Council Member Pio Renteria

Kroll Associates will look into how APD recruits, trains, and promotes officers – all areas that have come under scrutiny through the department's own internal investigations and through the third-party report issued by Lisa Tatum earlier this year. But the audit will also examine use-of-force incidents and "aggregate data on every recorded interaction" from June through November 2019, looking to determine if there are "racial and/or ethnic or other disparities in searches, arrests, charges and citations."

That fact is not in dispute. Austin police officers continue to stop, search, and arrest Black and Latinx Austinites at disproportionate rates when compared to white residents, as evidenced by analysis from the Office of Police Oversight. Still, the goal of the investigation, according to staff, is to document "the impacts these individual and systemic biases have had on both hiring, professional ranking, and treatment of personnel within the APD, and on police interactions with people of color and other marginalized groups in Austin."

Council will also consider leasing office space at 1719 E. Second Street to serve as the new home for the Downtown Austin Com­munity Court – although Council Mem­ber Pio Renteria, whose District 3 includes the proposed DACC site, said at Tuesday's work session that he intends to move to postpone approval of the lease if staff does not do so on its own.

Renteria said he had just learned about the new location earlier in the week and was not aware of any outreach conducted to nearby neighborhood groups. (Alex Gale, the city's interim real estate officer, said community engagement around potential leases is not common.) The East Austin location is not exactly Downtown, Renteria pointed out. "I'm afraid if we approve this there's going to be a lot of angry residents," Renteria told staff and his colleagues, "because it's in the middle of a residential neighborhood."

Currently, DACC is operating out of the Terrazas Branch Library (closed during the pandemic), about a half mile closer to Downtown than the proposed new location. Staff is seeking approval of a 10-year lease at the new site, with another 10-year extension option, which would cost a maximum of $21.6 million. The old DACC building, located at 719 E. Sixth, is in deteriorating condition and is too small for the growing court program. It was originally designed to process about 5,500 cases per year, but by 2013 it was processing 10,600 new cases annually; DACC staff has been calling for a larger space since.

Benefits of the new location include enough space for DACC's current 31 employees, as well as room to grow. The space would also allow DACC to provide more resources, such as showers and laundry facilities, to those they serve who are experiencing homelessness. And Capitol Metro's number 17 bus line drops off directly in front of the building, making it more accessible.

In other business, the controversial street impact fee program, which has long been in development by the Austin Trans­portation Department and community groups, will finally make its way to Council – but likely only for a first-reading vote, according to Mayor Pro Tem Delia Garza. The program would impose a fee on new developments, which staff expects to generate around $259 million in revenue over the first 10 years.

Revenues would be allocated for roadway improvement projects called for in the Roadway Capacity Plan, a part of the broader Austin Strategic Mobility Plan. Such fee programs are intended to help cities pay for infrastructure maintenance as they grow, but skeptics point out that under state law, the revenues collected can only be used on roadways that carry car traffic, meaning the city would not be able to use the money to improve bike lanes, sidewalks, or other parts of the transportation network.